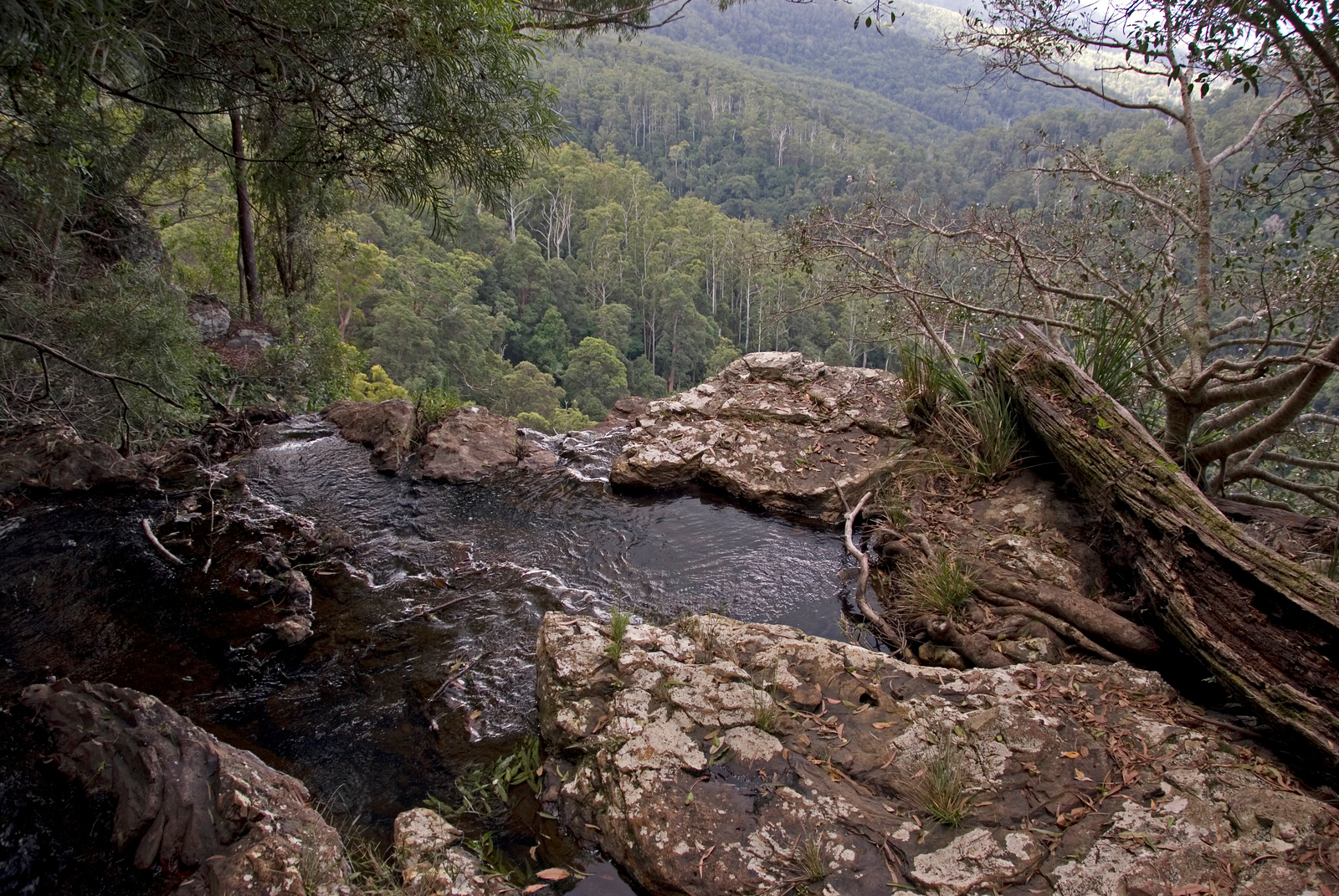 From the World Heritage inscription for the Gondwana Rainforests of Australia:

Questions related to the small size of some of the component parts of the property, and the distance between the sites for the long-term conservation and continuation of natural biological processes of the values for which the property was inscribed have been raised. However, noting that the serial sites are in reasonable proximity and are joined by corridors of semi-natural habitats and buffers, compensation for small size and scattered fragments is being made through intensive management consistent with approved management plans and policy.

Since inscription, there have been significant additions to the protected area estate in both New South Wales and Queensland in the region encompassing the Gondwana Rainforests. These areas have undergone a rigorous assessment to determine their suitability for inclusion in the property and a significant extension of the property is planned as indicated by the addition of the property extension to Australia’s Tentative List in May 2010. In relation to ongoing evolution, the level of legislative protection provided for World Heritage properties will minimize direct human influence and enable the continuation of natural biological processes.

Unlike most World Heritage sites, the Gondwana Rainforests isn’t one particular place, rather it is a huge expanse of forest that covers much of southern Queensland. It covers multiple national parks, so there are multiple options on where you can visit.

I visited Springbrook National Park just outside of Gold Coast, Queensland. From the hills, I could see the Gold Coast skyline and the ocean beyond. Springbrook is an easy drive from Gold Coast or Brisbane. I was there on a school holiday and the park was packed. In addition to some stunning waterfalls, there is an overlook where you can view the plains of New South Wales.

The Gondwana Rainforests of Australia is an extensive subtropical rainforest located in New South Wales and Queensland in Australia. It used to be known as Central Eastern Rainforest Reserves. It consists of a large warm temperate rainforest that includes most of the Antarctic beech cool temperate rainforest. This area is also remote and isolated that majority of the plants and animals that live within the forest are relatively unchanged from the ancient times based on the fossil records gathered within the forest.

It was inscribed into the list of UNESCO World Heritage Sites in Australia in 1986 under the Natural category. However, extensions to the area covered within the heritage site were finalized in 1994.

The Gondwana Rainforests of Australia is a collection of over 50 separate reserves that encompass more than 366,500 hectares of land area. It starts from Newcastle to Brisbane! Hence, it is one of the largest rainforests in the world.

There are several national parks in Queensland that are covered within this heritage area including the following:

As for the New South Wales division of the rainforest, these national parks and reserves are included in this world heritage area:

The rainforest recognized by UNESCO as a World Heritage Site is the same location of the former supercontinent Gondwana. To this day, it continues to be recognized as the most ancient type of vegetation in the country and the continent. Hence, the Gondwana Rainforests of Australia provides an important link that showcases the evolution of Australia. There are few places on Earth like the Gondwana Rainforests of Australia wherein the plants and animal species that live within the area are relatively unchanged from their primitive times, based on the fossil records. In fact, the oldest ferns and conifers are found within this massive rainforest.

The rainforest and its landscape also provide a glimpse into how erosion has helped formed the land within the area. It has produced steep gorges and high waterfalls, which are common features in Gondwana Rainforest. Erosion is also a natural process that helped form the Great Escarpment and Tweed Valley.

Aside from the land formation, the vegetation and features of the rainforest have also contributed to the preservation and evolution of new species (for both plants and animals). For this reason, there is an extremely high conservation value for the Gondwana Rainforests of Australia since it has also served as a habitat for more than 200 threatened or rare species of plants and animals. This world heritage area is currently managed by the New South Wales National Parks and Wildlife Service along with the Queensland Environmental Protection Agency.

3 thoughts on “Gondwana Rainforests of Australia”