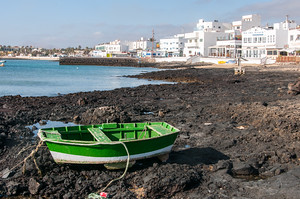 I’ve decided to merge these two days because our visit to Fuerteventura was the shortest of all our ports of call. We had limited time on the island because the ship had to get to Agadir, Morocco the next day at a set time.

I had previously visited the Canary Islands in 2011 and it was a great experience. I visited most of the islands, but never got to El Hiro and Fuerteventura, so our stop on the island was interesting to me in that it was one of the few islands in the Canaries which I hadn’t visited.

I expected Fuerteventura to be similar to Lanzarote, as they are next to each other and have a similar geologic history. As I found on every other island, that wasn’t the case.

Like Lanzarote, Fuerteventura is dry, but it isn’t quite the moonscape that Lanzarote is. It has a sparse grass and shrub covering with nothing in the way of exposed lava. 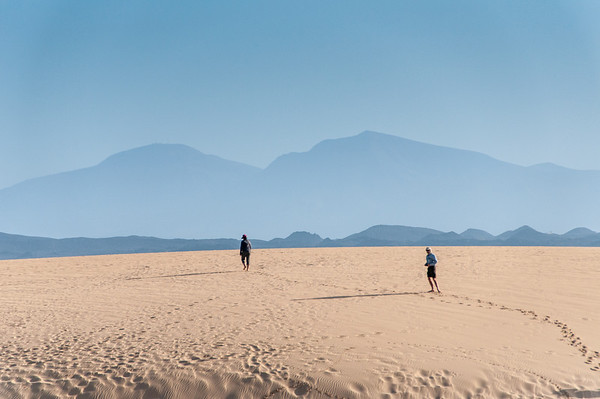 The first stop on our short visit to Fuerteventura was Corralejo National Park on the north end of the island. It is most notable for its large sand dunes and from here you can easily see the island of Lanzarote.

During my prior visit to the Canary Islands, I noticed that every island was different. Fuerteventura confirmed my prior observations. The dunes of Corralejo are unlike anything I’ve seen on any of the other islands. Because Fuerteventura is the closest island to Africa, the sands of Corralejo National Park are actually from the Sahara Desert, blown across the sea and pile up on shore!

From the dunes we headed to the nearby town of Corralejo. It is a lovely little resort town, but after a month on a ship, and having spent most of our time on shore in developing countries, it was refreshing to be able to sit down at a cafe and have something to drink and walk around on our own. 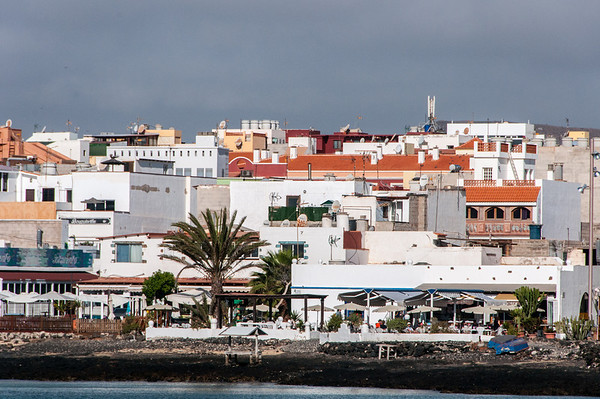 Also worth noting, a large number of the visitors to the Canary Islands are largely from Britain and Northern European countries, so English is widely spoken and many of the signs are in English.

We finally ended our brief tour of the island by visiting the village of Castillo del Cotillo. We stopped for coffee and snacks and I took the opportunity to use wifi for the first time in almost a month! I crammed in as much downloading and uploading as I could in 30 minutes before we took off again.

The actual Castillo del Cotillo from which the village is named is actually pretty tiny, and not really a castle at all. More just a fortified lookout tower. There is an historic lighthouse as well, which overlooks the very rugged coastline of the western side of the islands. 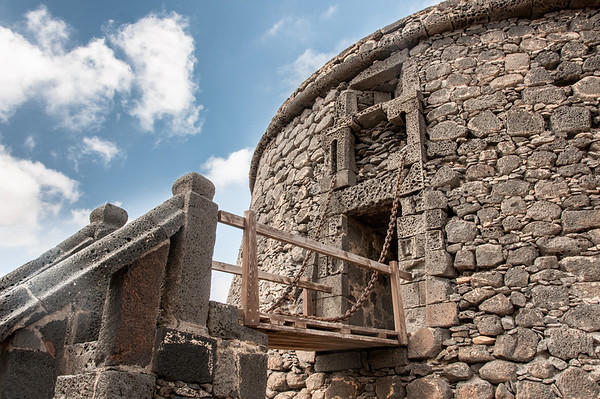 We were back on the shipo in Punta del Rosario by lunch to end our half day on the island.

This wasn’t the most extensive stop we had on the tour, but it was nice on a personal level to say I made it to Fuerteventura, having visited all the other islands in the group. Visiting a developed place was also sort of a nice way to transition the end of the tour, which we would be facing the next day when we arrived in Morocco.

Next and Last Stop: Agadir, Morocco