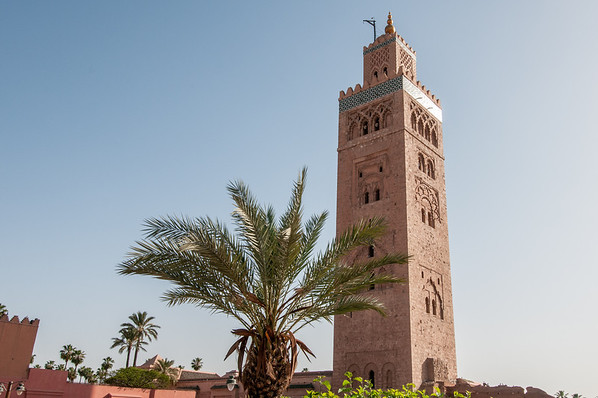 Our arrival in Morocco marks the last day of our trip.

Most of the countries we visited on this tour had very low numbers of tourists. Morocco was one of the exceptions. Because of that, I assumed that going through customs and immigration for Morocco would be the easiest of the entire trip, especially considering we did it just 2 days earlier when we landed in Dakhla.

2 hours after we docked, we were finally cleared to leave.

After 30 days on board a ship, you get to know many of the crew quite well. As we were getting to buses to make the 3 hour drive to Marrakech, many of the crew were outside to say their goodbyes. After we left, they would take the Expedition to Northern Spain to drydock for two weeks before going further north to start the Arctic season. Our trip was over, but there’s continues. There were a few crew members who rotated in and out, in Morocco, but the majority of the crew stayed on.

After a 3 hour drive through the Moroccan countryside, on a road which was the best we had seen in the last month of Africa, we finally arrived at our hotel and our last stop of the tour. There were only two things on the schedule for the rest of the day: take a tour of markets and have our farewell dinner.

I chose to skip the tour of the markets. Having spent a month on the ship with a satellite internet connection, I really needed to catch up on email and work. Also, unlike most of the other passengers, I was planning to stay in Marrakech for 3 more nights, so I had time to go explore it on my own.

Later that evening (after enjoying several hours of wifi), we gathered up for one final time to have our farewell dinner.

The restaurant we went to was far nicer than it seemed from the outside. It was a classical Moroccan restaurant with beautiful fixtures and it seems was built to handle large groups.

The food was fine as was the live music music. The belly dancers, however…. Lets just say they put the ‘belly’ into belly dancing.

As the meal ended, everyone gradually began moving to other tables to start to say their goodbyes to everyone. Over the course of a month on a small ship, you get to know everyone at least a little bit, and others a great deal.

After the meal we all got back on buses, arrived back at the hotel, and just like that the trip was over.

The next day I slept in, worked online and stayed the maximum amount of time I could in the hotel before moving to the hotel where I’d be saying the next 3 days in Marrakech.

I will have more to say about my West Africa experiences in upcoming posts, but let me just end the daily updates by saying this was one of the most epic trips I’ve ever taken, and it has only piqued my interested in West Africa, a region I will most definitely return to someday.