For the first time on the trip, we woke up in the same place we were the day before: Freetown, Sierra Leone.

We were supposed to be in Guinea-Bissau today, but for reasons only known to them, they would not let us land. So, to compensate for the extra day in the schedule, we stayed an extra day in Freetown.

The passengers on the ship had two options for the morning today: 1) visit an orphanage and present them with a gift of school supplies, or 2) go on a birdwatching tour of a near by nature preserve.

I went with option #1, the orphanage visit.

The orphanage we visited was The Raining Season Orphanage which currently has taken in 101 kids from around Sierra Leone. This is the second time during my travels that I’ve visited an orphanage. I had mixed feelings about visiting. On the one hand, we were delivering school supplies, the kids had an opportunity to meet new people from places they’ve never been, and it gave them an excuse to put on a performance, and they don’t have family to come see them perform. On the other hand, I always feel a bit exploitive when I do something like this. Thankfully, I think the concerns were all in my head as the kids seemed genuinely happy to meet new people and talk to them about where they are from. 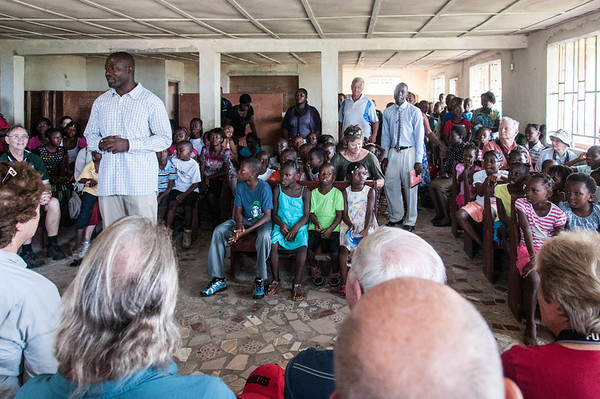 The kids sang, quoted scriptures from memory (it is a Christian run orphanage) and we had a brief introduction from the head of the school. In the spirit of reciprocity, the Australians in our group (they comprise the largest number of people on the ship) sang several Australian songs. Then one Australian passenger stood up and announced that he’d send the male and female students with the highest improvement in grades on a 2-week trip to Australia! No one had any clue that he was going to do that.

After the performance we took a short tour of the facility. They have kids ranging from newborns to age 18. The facilities were nowhere close to western standards. The kitchen consisted of an open fire and some pots. One woman was opening cans with a large knife as they had no can openers.

The orphanage runs mostly on donations and sponsors from the United States. The kids which have sponsors do a monthly Skype call with their sponsors to keep them abreast of what is happening in their lives.

After we left the orphanage we hit the road and visited John Obey Beach and spent the afternoon at the TribeWanted facility there. I had heard of TribeWanted before on CNN a few years ago. It is sort of like a hostel where people can stay that promotes local investment and sustainability. In addition to Sierra Leone there are also versions in Asia and the Pacific.

The beach was quite nice and cleaner than any other place I saw in Sierra Leone. Many of us, including myself, went swimming. The waves were big which made for good body surfing. Local fisherman provided crab for some of the passengers who wanted to pay extra for lunch. 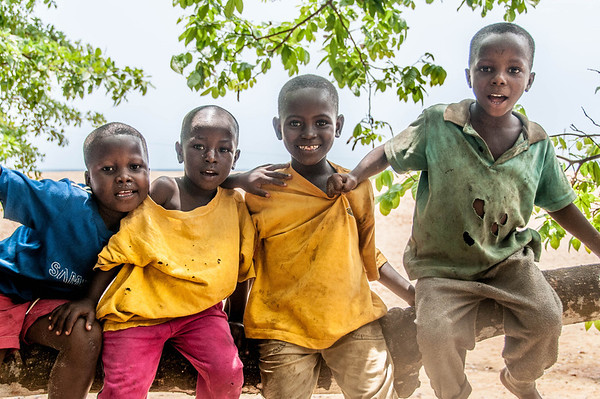 There were several local kids who were begging to play with us. I had one group of 5 kids who kept asking me to lift them on to a low hanging tree branch. After I’d lift them, they’d immediately jump back down into the sand. They thought it was blast. They also kept asking for “snappy” which I assume is the kriol word for a photography.

It was a lazy Sunday afternoon which was showed us a side of Sierra Leone which was very different from what we say in Freetown. Sierra Leone has been through a lot, even by West African standards. Nonetheless, I found it to be a very pleasant place and somewhere I’d return to again without hesitation. The lack of infrastructure does make it a bit difficult to get around, but it isn’t insurmountable.

I also found Sierra Leone to be a very photogenic place. Some of my best photos from the entire trip so far have come from our two days in Sierra Leone. I’m sure you’ll be seeing more of Serra Leone in future photo essays and daily photos.

Next Stop: Banjul, The Gambia