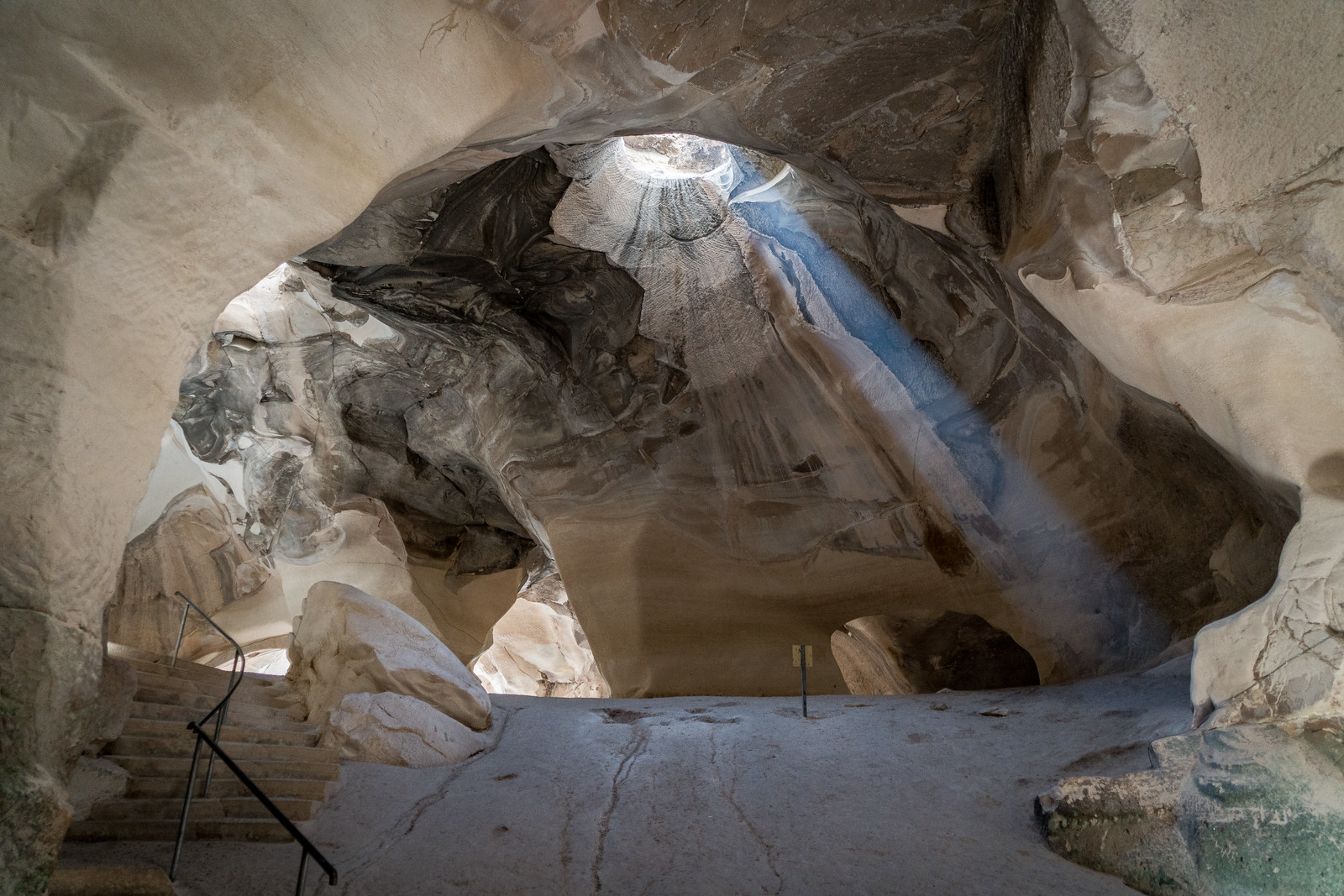 The presence in the Judean Lowlands of thick and homogeneous chalk sub-strata enabled numerous caves to be excavated and managed by Man. The property includes a complete selection of chambers and man-made subterranean networks, of different forms and for different activities. They are situated underneath the ancient twin cities of Maresha and Bet Guvrin, and in the surrounding areas, constituting a “city under a city”. They bear witness to a succession of historical periods of excavation and use, over a period of 2,000 years. Initially, the excavations were quarries, but they were later converted for various agricultural and local craft industry purposes, including oil presses, columbaria, stables, underground cisterns and channels, baths, tombs and places of worship, and hiding places during troubled times, etc. With their density, diversified activities, use over two millennia and the quality of their state of preservation, the complexes attain an Outstanding Universal Value.

The Caves of Maresha and Bet-Guvrin in the Judean Lowlands is a cultural UNESCO World Heritage Site in Israel. It is an archaeological site that was inscribed to the UNESCO list in 2014. This site consists of a man-made subterranean complex that archaeologists predict to be around 2,000 years old. This complex is located below the ancient twin towns of Maresha and Bet Guvrin.

There are several parts of Bet Guvrin which I found fascinating. First, it is one of the only places in Israel where the public can participate in an archaeological dig. There are numerous caverns which were dug under the houses of people in the area which were later used for garbage. Because the artifacts in the garbage were mixed, there are no formal strata that need to be preserved, so they are willing the let the public help out in digging.

Also, all of the caverns were dug by hand and many of them are enormous. They were dug over centuries by just extending the floor of the cavern further down. It is a popular attraction for Israelis but few foreigners bother to visit.

The Caves of Maresha and Bet-Guvrin in the Judean Lowlands is an archaeological site that is estimated to be around 2,000 years old. There are around 475 caves that were built on layers of soft chalk at the site. However, archaeologists presume that these caves were carved at different periods. They also estimate based on archaeological evidence that the complexes were used during the Iron Age to the Persian, Hellenistic, Roman, Judaic, and Byzantine period.

There are about 40 burial sites that were unearthed at the UNESCO site Caves of Maresha and Bet-Guvrin in the Judean Lowlands. These burial sites were dug to the ground along the foot of the hills in Maresha. In addition, there are also three necropolises at the site.

The region where the UNESCO site Caves of Maresha and Bet-Guvrin in the Judean Lowlands is located is close to the ancient route that served as a link from Mesopotamia to Egypt. Hence, you will find evidence of ancient agricultural practices. As of now, the UNESCO site provides only 15 of the caves for public access. However, the entire designated area belongs to the National Archaeological Park of Bet Guvrin – Maresha.

This tell or archaeological mound originated from the biblical Iron Age City of Maresha. It is located on the foothills of the Judaean Mountains. The site was first excavated in 1898 until 1900 by British archaeologists. You can find many of the artifacts that were uncovered by the British archaeologists at the Istanbul Archaeology Museum.

This national park in Israel is a component site of the UNESCO property Caves of Maresha and Bet-Guvrin in the Judean Lowlands. It encompasses the ruins of Maresha along with a few other important towns in Judea. There were several archaeological artifacts that were found at the site that includes a Roman-Byzantine amphitheater, Byzantine church, Jewish cemetery, burial caves, public baths, and mosaic.

The park is located approximately halfway between Jerusalem and Beersheba and is a 30-45 minute drive from either city. It is also an easy day trip from Tel-Aviv. It is possible to get on organized tours from Jerusalem and Tel-Aviv, but it isn’t one of the more popular destinations for international travelers.