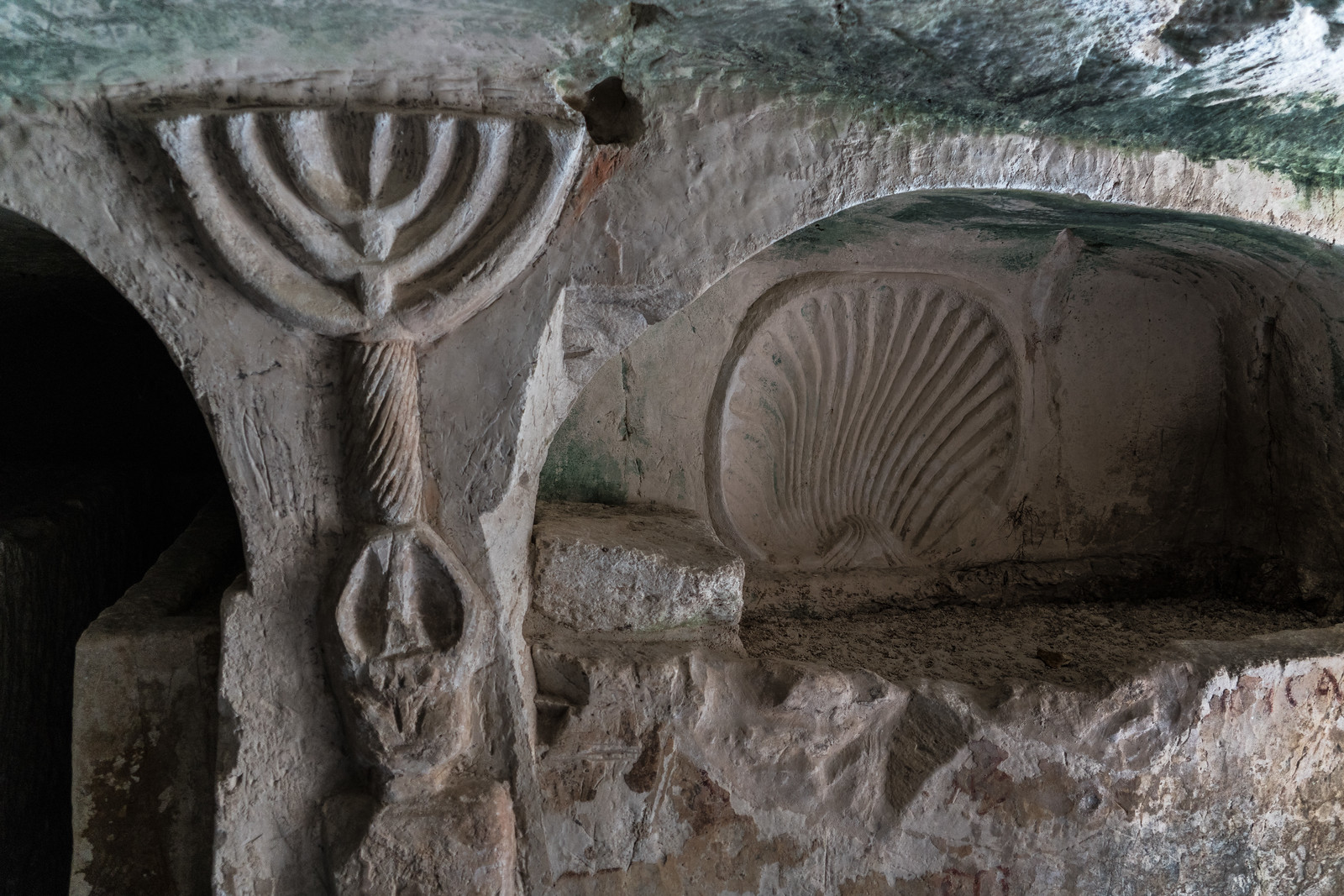 The fascinating catacombs that make up the Necropolis of Beit Shearim in the Jezreel Valley is a worthy addition to any trip around Israel, particularly those interested in places of deep significance and a long history. This UNESCO site is a series of catacombs estimated to have been developed in the second century AD and that for centuries served as the primary burial location for Jews outside of Jerusalem.

The Necropolis of Bet She’arim: A Landmark of Jewish Renewal is a cultural UNESCO World Heritage Site located in Israel. It was inscribed into the list in 2015 and is part of Beit Shearim National Park.

Unlike many of the other World Heritage Sites in Israel, it primarily deals with post-Christian era Jewish Heritage, so it only tends to attract Jewish visitors. Nonetheless, it deals with an interesting part of Jewish history and is worth a visit if you are in the Haifa area.

Hewed into the limestone slopes of hills bordering the Vale of Jezre’el, a series of man-made catacombs was developed from the 2nd century AD as the necropolis of Bet She’arim. It became the primary Jewish burial place outside Jerusalem following the failure of the second Jewish revolt against Roman rule and the catacombs are a treasury of eclectic artworks and inscriptions in Greek, Aramaic, Hebrew, and Palmyrene. Bet She’arim is associated with Rabbi Judah the Patriarch, the spiritual and political leader of the Jewish people who composed the Mishna and is credited with Jewish renewal after 135 AD.

The Necropolis of Bet She’arim: A Landmark of Jewish Renewal is a UNESCO site steeped in a long history. This necropolis is made up of a series of catacombs that were estimated to have been developed in the second century AD. It served as the primary burial place for the Jews, especially those that were buried outside of Jerusalem. In the 70s CE, the Romans sacked Jerusalem and in 135 AD Emperor Hadrian forbade Jews from living in their ancestral homeland. Beit Shearim was one of the closest points to Jerusalem where Jews could be buried.

The catacombs that are part of the Necropolis of Bet She’arim is a treasury consisting of several artworks and inscriptions. These artworks and inscriptions were of Greek, Hebrew, Palmyrene, and Aramaic origin. Therefore, this part of town and some of its remnants bear testimony to the legacy of ancient Judaism that was developed by its patriarch—Rabbi Judah. The different languages stem from the languages spoken by the Jewish diaspora after the expulsion by the Romans.

The Necropolis of Bet She’arim is located amongst the limestone slopes on the Vale of Jezre’el (Jezreel Valley). These are man-made catacombs that also served as the Jewish burial site. Aside from the religious and cultural function of these catacombs, they were also an example of classical Roman art. The artworks and inscriptions depicted among the catacombs included human images, iconography, and other decorative details.

The Necropolis of Bet She’arim is only partially excavated. Hence, archaeologists believe that there will be more added to the 30 burial cave systems that had already been discovered. Already, these burial sites had been likened to a book inscribed in stone due to the extent of the inscriptions on them. There may be as many as 500 tombs in the surrounding area, most of which have not been excavated, and are prevented from further excavation by rabbinical law.

How to Visit The Necropolis of Bet She’arim

Bet She’arim is located approximately 20km from Haifa and it easy to visit the park on a day trip from Haifa, Tel Aviv, or Jerusalem.

What to bring: Don’t forget your Fodor’s Essential Israel, which is hands-down the best guide to the region (e-versions available too).

Read Next: If you’re planning to visit other World Heritage Sites while traveling around Israel, this one is in close proximity to Bahá’i Holy Places, the Sites of Human Evolution at Mount Carmel, Tel Megiddo, and Acre.