From the World Heritage inscription or the Sites of Human Evolution at Mount Carmel:

The four Mount Carmel caves (Tabun, Jamal, el-Wad, and Skhul) and their terraces are clustered adjacent to each other along the south side of the Nahal Me’arot/Wadi el-Mughara valley. The steep-sided valley opening to the coastal plain on the west side of the Carmel range provides the visual setting of a prehistoric habitat.

Located in one of the best preserved fossilized reefs of the Mediterranean region, the site contains cultural deposits representing half a million years of human evolution from the Lower Palaeolithic to the present. It is recognized as providing a definitive chronological framework at a key period of human development.

Archaeological evidence covers the appearance of modern humans, deliberate burials, early manifestations of stone architecture and the transition from hunter-gathering to agriculture. The attributes carrying Outstanding Universal Value include the four caves, terraces, un-excavated deposits, and excavated artifacts and skeletal material; the Nahal Me’arot/ Wadi el-Mughara landscape providing the prehistoric setting of the caves; el-Wad Terrace excavations, and remains of stone houses and pits comprising evidence of the Natufian hamlet.

Overview of the Caves at Mount Carmel 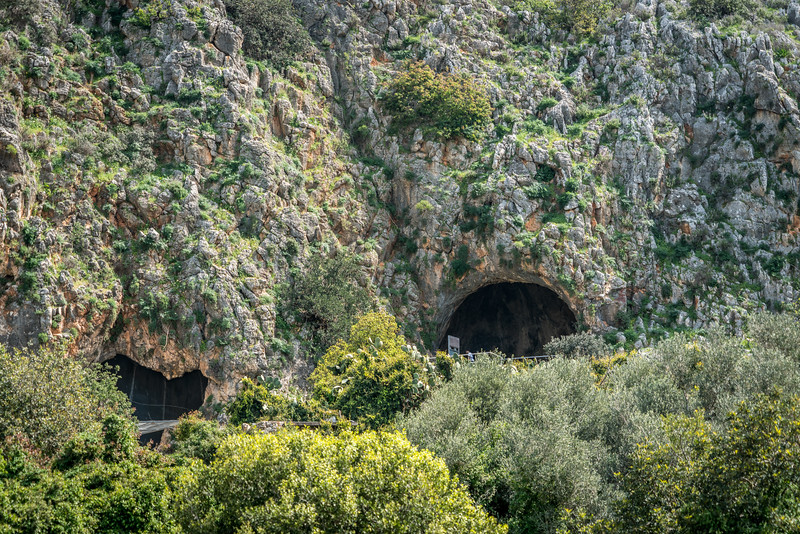 Archaeology and paleontology sites are often frustrating to visit because the things which make them interesting have been dug up and are now sitting in a museum. My visit to the Sangiran Early Man site in Indonesia was particularly underwhelming because there isn’t much to see. The importance of the site lies in what is now in a museum. Other sites like the Messel Fossil Pit, have the same problem, but they have a great interpretative center, so at least there is something to see.

The Mount Carmel caves do a good job providing an interpretive experience to explain to visitors why the caves are important. Without the interpretation, the caves are nothing but holes in the rock.

The site is of exceptional importance in the history of humanity. Located at the nexus of Asia, Europe, and Africa, there were many different human ancestors which came through this area over a period of hundreds of thousands of years.

Not only were different hominid species found here, but this is also the southernmost Neanderthal remains ever found. It is also one of the few places where contemporaneous remains of modern humans and Neanderthals were found together.

The Sites of Human Evolution at Mount Carmel: The Nahal Me’arot / Wadi el-Mughara Caves is a cultural UNESCO World Heritage Site in Israel. This geological and paleontological site was inscribed into the UNESCO list in 2012. This site consists of four caves that provide a glimpse into the human evolution for a period of 500,000 years! The caves are part of the Mount Carmel Range in Israel, particularly on the western slopes.

The site was named into the list of UNESCO sites in Israel after about 90 years of archaeological research on the site. The research revealed a cultural sequence that also shows evidence of early human life in this part of the world.

About the Sites of Human Evolution

The Sites of Human Evolution at Mount Carmel: The Nahal Me’arot / Wadi el-Mughara Caves is a collection of four sites that are linked to the study of early human life and history. Specifically, these sites demonstrate the existence of Neanderthals and Early Anatomically Modern Humans. The four caves in question are as follows:

The Tabun Cave is one of the four excavated sites listed into the UNESCO property Sites of Human Evolution at Mount Carmel. It is part of the Nahal Me’arot Nature Reserve in Israel. According to archaeological research, this cave was occupied during the Lower and Middle Paleolithic era (between 500,000 to 40,000 years ago!). The researchers were also able to determine that this site had one of the longest sequences of human habitation in the Levant.

This is also the site where the complete skeleton of a Neanderthal woman was excavated. The skeletal remain was dated 120,000 years old. In addition, there is also evidence that shows the ancestral humans that lived on the site used fire on a regular basis.

The Jamal Cave is another component site of the UNESCO property Sites of Human Evolution at Mount Carmel: The Nahal Me’arot / Wadi el-Mughara Caves. The evidence gathered at the site upon excavation show scarce minimal lithic fragments from the Lower and Middle Paleolithic period. Its proximity to the Tabun Cave strengthen its cultural value. For this reason, Jamal Cave was listed as one of the UNESCO sites.

This prehistoric cave is another component site in the UNESCO property Sites of Human Evolution at Mount Carmel: The Nahal Me’arot / Wadi el-Mughara Caves. This prehistoric cave was first excavated in 1928 wherein the researchers discovered evidence of late Epipaleolithic Natufian culture. Some of the evidence gathered at the site include ground stone tools, microlith stone tools, and human burials.

El-Wad Cave is one of the sites listed within the UNESCO property Sites of Human Evolution at Mount Carmel: The Nahal Me’arot / Wadi el-Mughara Caves. This is an archaeological cave and terrace site. It is part of the Nahal Me’arot Nature Reserve. The cave served as a habitation for prehistoric humans and hominin. In addition, there is plenty of evidence for early burial.

The four caves are part of the UNESCO-listed site The Sites of Human Evolution at Mount Carmel. The first set of excavations was done in the 1920s and 1930s. When the site was first nominated, it was placed under the Mixed Site category. However, it did not meet the natural criterium and was eventually designated as a Cultural site.

How To Get There 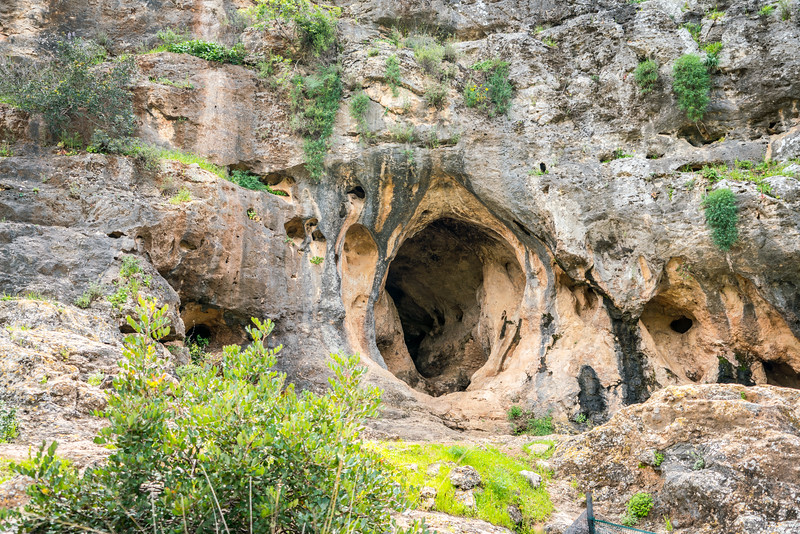 The caves are located at the Nahal Mearot Nature Reserve which is part of the Israeli National Park system. It is easily accessible from Haifa, Tel Aviv, or Jerusalem.

Taking a car is by far the easiest way to get to the caves. The park is located on Highway 4 (Old Tel Aviv – Haifa road) 17 km/10 mi outside of Haifa.

You can reach Nahal Mearot by bus from Haifa. Take the route 921 bus to the Geva Karmel Junction. From there it is a 1km walk to the part visitor center. 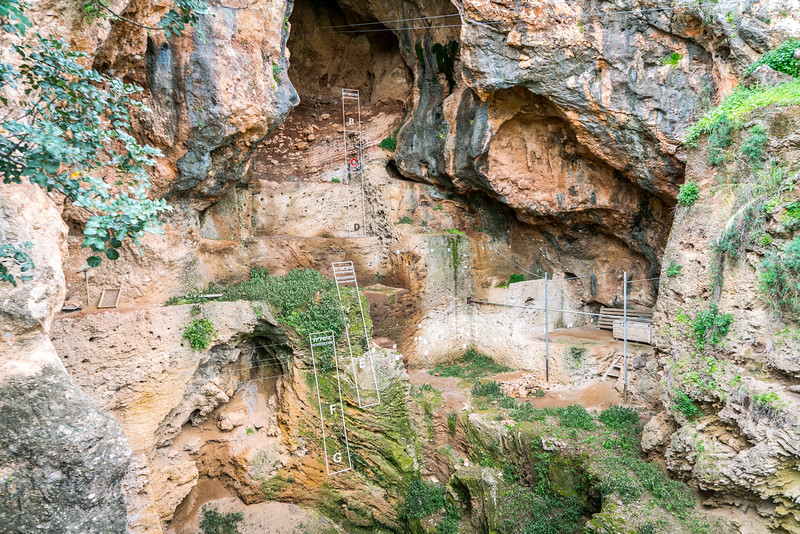 The park has two sets of operating hours for summer and winter.