The British Pound, also known as Pound Sterling and abbreviated as GBP (Great Britain Pound), is the official currency of the United Kingdom and Great Britain. It is the fourth most traded currency in the foreign exchange market. Together with the US Dollars, Japanese Yen and the Euro, these currencies form the basis at which the value of the IMF special drawing rights are made up of. It is also among the top three of the most held reserve currency in the global market.

The use of paper money and the issuance of bank notes started in 1694, which coincides with the founding of the Bank of England. A year later, the Bank of Scotland was founded. Both of these banks began to issue paper money to be circulated in the UK and Scotland. Below is a list of countries and territories that are currently using the British Pound currency: 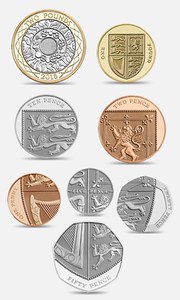 Below are a few interesting facts that you need to know about the British Pound: