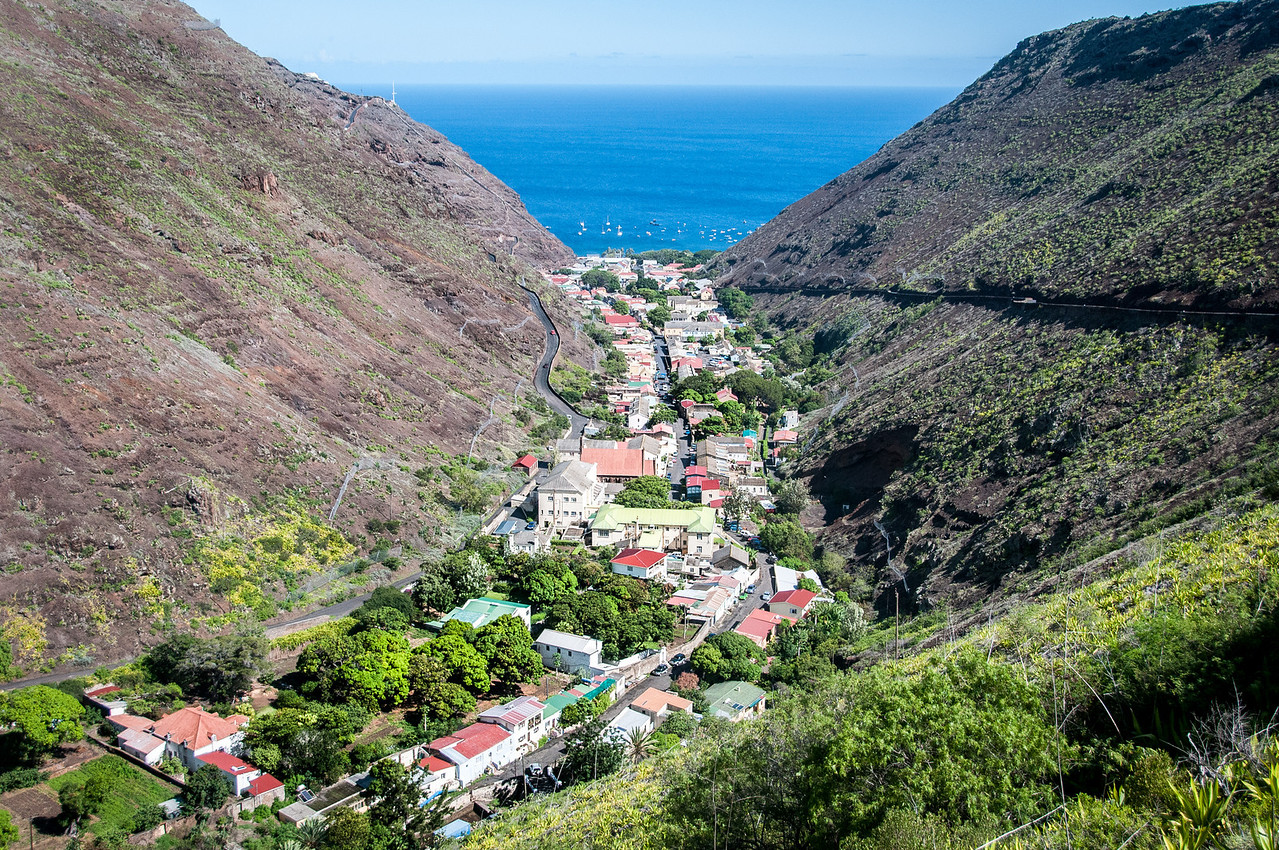 St. Helena is a tropical island that was formed of volcanic origin. It is located in South Atlantic Ocean and is one of the British overseas territories. It was the Portuguese who discovered this uninhabited island in the year 1502. Despite being uninhabited, it was a major stopover for several ships voyaging from Europe to Asia during the 16th century. Experience the beauty of the island when you travel to St. Helena. Read on from this travel guide…

Since it was formed from volcanic origin, St. Helena’s terrain is mostly rugged with coastal areas filled with volcanic rocks. The hinterland of the island is made of mostly dense tropical rainforests. When it comes to the climate in St. Helena, it is tropical with mild and marine tendencies. Hence you can expect the climate to vary greatly depending on where you are on the island and what time of the year it is. The temperature in the central area is lower than most others on the island, which averages 5-6 degrees Celsius. Meanwhile, the summers are hot with an average temperature of 17 to 24 degrees Celsius.

St. Helena used to have a monocrop economy but it ended in 1966. Today, the economy is weak in general and survives with aid from the British government. The tourism industry is showing great potential, however, although it is not as expansive it the government would hope right now. Golf courses are available on the island and sportfishing tourism is being looked at to boost the economy.

Official Language: English is the official language in St. Helena.

Wi-Fi Availability: You will be able to find a few Wi-Fi hotspots in St. Helena, particularly in the capital city of Jamestown.

Airport/s: Saint Helena Airport is the main airport for international flights that travel to St. Helena.

Driving: In St. Helena, you will be driving on the left.

Crime: The crime rate in St. Helena is quite moderate. There are more instances of property crimes versus violent crimes. According to statistics, there is a 1 in 82 chances of an individual becoming a victim of crime in St. Helena. The safest neighborhoods are Dataw Island, Fort Fremont and Tarpon Blvd.

Electrical Adapters: In St. Helena, the electrical voltage used is 230 volts at an electrical frequency of 50 Hertz.

Trivia: The island of St. Helena is small enough that there is only one newspaper, one internet service provider and one radio station.

Jamestown – This is the capital city of St. Helena and offers an attraction of its own. It is nestled between a steep and narrow ravine with a view of the Atlantic Ocean nearby. Hence, this is quite a picturesque town with several historic sites and well preserved Georgian houses. You can also visit the museum in Jamestown, which showcases the history of the island in the form of artefacts and stories. You will also find the famous Jacob’s Ladder, which consists of 699 steep steps as you climb your way to Half Tree Hollow. While you are in the city, don’t forget to visit St. James’ Church.

Diana’s Peak – This is the highest point in the island at 820 meters. Tourists can climb this peak and when you reach the top, the effort is worth it as you can get a bird’s eye view of the island in its lush greenery and the Atlantic Ocean from afar.

Lot’s Wife’s Ponds – If you love to hike, make sure to book a walking tour to the Lot’s Wife’s Ponds in St. Helena. This is one of the most popular attractions in the island because this is one of the best places to swim in (ironically, despite being an island there is no beach that would be great for swimming in St. Helena). These ponds are actually natural pools that are formed within Sandy Bay. However, you need to walk for about 90 minutes before you can get to the site.

Plantation House in Jamestown – This 18th century mansion is one of the must-visit sites in St. Helena. Its most distinguished resident is a Seychelles tortoise named Jonathan. The surrounding area of the house are giant bamboo stands and a thick woody forest.

Longwood House – Napoleon’s exile to the St. Helena is one of the most distinctive part of the island’s history. You can visit the Longwood House, which is the final home of Napoleon Bonaparte during his time in exile in St. Helena.

The cuisine of St. Helena features several influence from its European colonizers. It also features a varied cuisine due to the passing ships on the island wherein new methods of cooking where introduced into the local and traditional culinary landscape.

However, there are a few notable dishes that are popular among the locals and it includes pumpkin stew, spicy fishcakes, black pudding and the British Sunday roast. There are also staple items that are similar to other Caribbean nations like rice and spices. Due to its proximity to the ocean, seafood is popular and abundant in St. Helena’s cuisine. Common types of fish cooked and served in St. Helena are mackerel, wahoo and tuna.