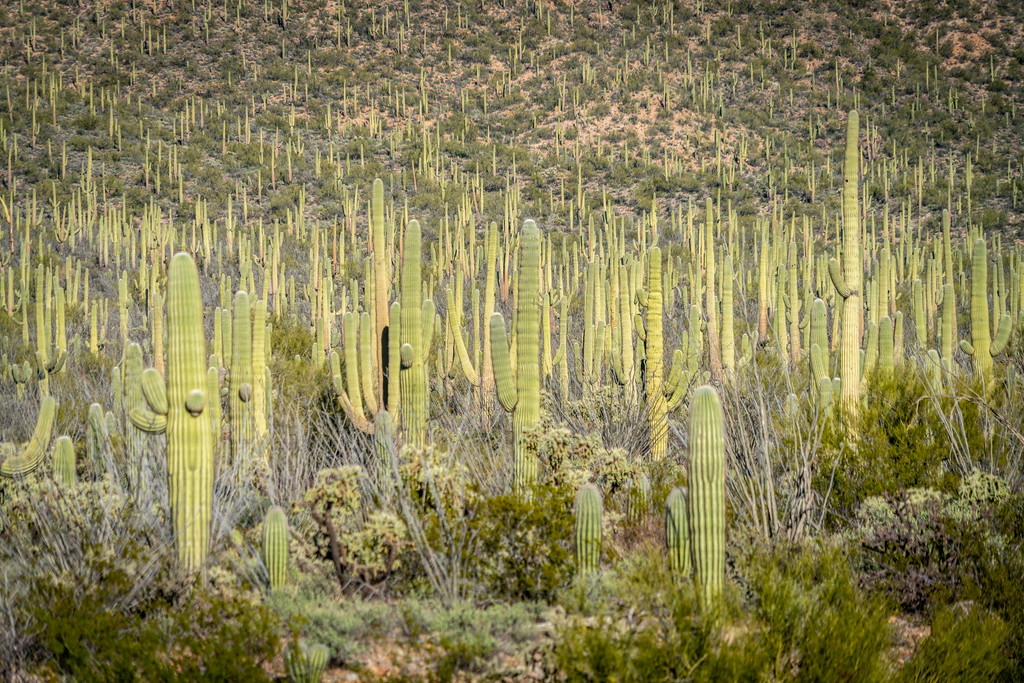 Tucson is a lot more than a warm place to visit in the winter. Its location in southern Arizona in the Sonora desert makes it the best spot in the United States to learn about several aspects of science, history, technology, and culture.

Tucson is a lot more than a warm place to visit in the winter. Its location in southern Arizona in the Sonoran desert makes it the best spot in the United States to learn about several aspects of science, history, technology, and culture.

The following sites are all places that I have personally visited and recommend for parents with children, or just curious adults. All of them are an easy day drop from anywhere in Tucson.

Saguaro National Park consists of a western and eastern section of the park which lies on either side of the city of Tucson. It gets its name from the signature species which can be found in the park: the saguaro cactus. The saguaro cactus is the largest cactus in the world and is the iconic image for the entire American Southwest.

The park was set aside as a national monument in March 1933 by President Herbert Hoover and was later transferred to the National Park System by President Franklin Roosevelt. After an expansion of 16,000 acres in the Kennedy administration, it was elevated to national park status in 1994.

The park has visitor centers in both the east and west units. There is a $20 fee per vehicle which enters the park, or you can use your national park annual pass.

Tucson has a rich history. Its Spanish, Mexican, and indigenous heritage is one of the reasons it is the only city in the US to be named a UNESCO City of Gastronomy. This history can best be seen in the Mission San Xavier Del Bac.

The mission dates back to 1692 when it was founded by the influential Spanish missionary Father Eusebio Kino. The current church which stands dates back to 1797.

Moon over the mission

The church isn’t huge, but it is one of the best-preserved and best examples of Spanish colonial architecture and artwork in Arizona.

Unlike most historic missions, San Xavier Del Bac. is an active parish with daily services. There are free tours which are offered daily starting at 9:30 am.

The mission is located 9 miles south of downtown Tucson off Interstate 19. The mission gets over 200,000 visitors per year.

The desert makes for the perfect place for an aviation museum. Large hangars are expensive and aircraft are large. Any aviation museum of any significance is going to have to park planes outdoors, and metal objects do not do well outdoors in wet environments.

That is why the Pima & Space Museum has one of the best collections of aircraft in the world. In many respects, it is even better than the Smithsonian Air & Space Museum in Washington DC. The environment of Tucson is the perfect place to house aircraft. That is why just a few miles away, the Air Force ‘boneyard’ houses all of its retired aircraft.

The aircraft collection here is extensive. You can find the SR-71 Blackbird, the fastest aircraft ever. You can find a former Air Force One from the Kennedy/Johnson administrations. There are B-52s and B-29s. There are former jets used by the Navy’s Blue Angels and the Air Force’s Thunderbirds. There are also commercial aircraft as well as experimental private aircraft.

The SR-71 Blackbird is the fastest aircraft ever flown

The museum is also the home of the 390th Memorial Museum, which commemorates the 390th Bomber Group from WWII. They flew many of the raids over Germany and had one of the highest casualty rates of any unit in the war.

I spent four hours here and I could have easily spent more. Even if you aren’t an aviation enthusiast, it is worth the time to visit while you are in Tucson.

The Kitt Peak National Observatory is located approximately 30 miles from Tucson. The mountain and some of the telescopes can actually be seen from Tucson, although many people don’t realize it.

There are several significant telescopes on the mountain. One is the McMath-Pierce Solar Telescope, which is the giant diagonal structure that dominates the skyline of the mountain. It is the largest solar observing device in the world.

The other is the 4-meter Mayall Telescope. It was the world’s second-largest telescope when it saw first light back in 1973. Today, the telescope is being retrofitted with instruments for the DESI project, which is searching for dark matter. It should be fully functional in early 2020.

Plan for at least a one-hour drive from Tucson as the road up the mountain is winding and takes time. Temperatures on the mountain are significantly cooler than what you will find in Tucson, so dress appropriately. It is not uncommon to have snow and ice on the summit in the winter.

Tumacácori National Historical Park was the former Spanish Mission San Cayetano de Tumacácori. It is the oldest Spanish mission in Arizona. Like the Mission San Xavier Del Bac, it was founded by Father Eusebio Kino.

Unlike San Xavier Del Bac, this is not a functioning parish. The buildings are conserved as historical artifacts. You can get a much better feeling here for what life at a mission was like. There is an orchard, cemetery, well, and several outbuildings that are on the property.

There are three sites in total which make up the property. In addition to the main site, there is also Mission Los Santos Ángeles de Guevavi and Mission San Cayetano de Calabazas.

The main Tumacácori site is located 45 minutes south of Tucson along Interstate 19.

Entrance to the site requires a $10 fee or the National Park Annual Pass.