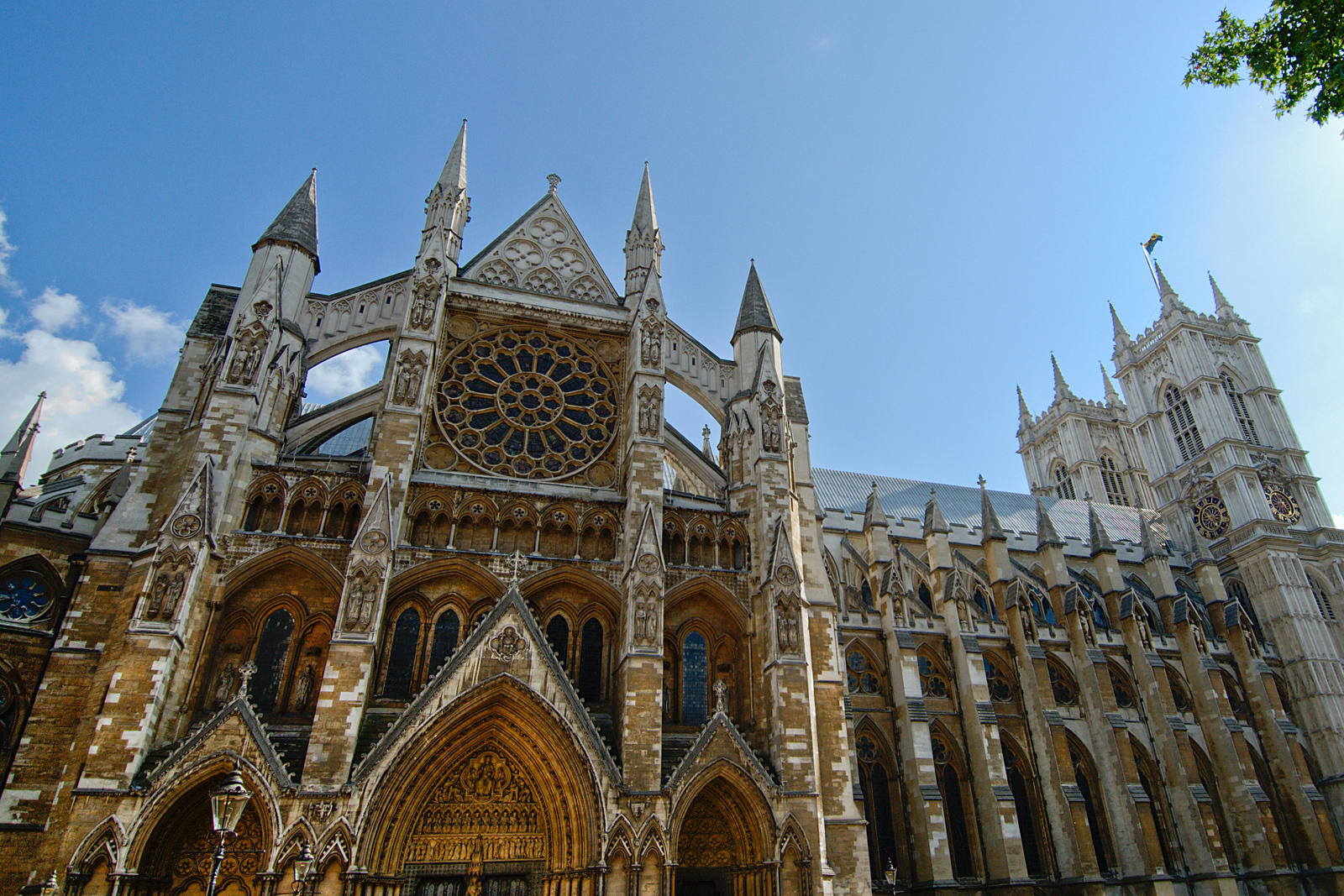 Westminster Abbey is nearly synonymous with London. When you think of London, you think of Big Ben, Parliament, and Westminster Abbey. In addition to the abbey, you can also enter parliament, which is something I did back in 1999 when I visited London. If I had to list one thing everyone should do if they only have a brief layover in London, it’s this: Visit Westminster.

Let’s dive into why Westminster Abbey and St. Margaret’s Church—two of the most prominent churches in London—are important enough to be recognized as key UNESCO World Heritage sites in England, the most significant aspects to admire when planning a visit to these churches, and what you should know before you go.

Westminster Abbey and St. Margaret’s Church is recognized as one unit in the listing of UNESCO World Heritage Sites in the UK. This cultural site was designated as a UNESCO property in 1987, and the Church of St. Margaret is located within the same grounds as Westminster Abbey—both are located in Parliament Square of London. This is an Anglican Parish Church built in dedication to Margaret of Antioch.

From the World Heritage inscription for Westminster Abbey and St. Margaret’s Church:

The Palace of Westminster, Westminster Abbey, and St Margaret’s Church lie next to the River Thames in the heart of London. With their intricate silhouettes, they have symbolized monarchy, religion, and power since Edward the Confessor built his palace and church on Thorney Island in the 11th century AD. Changing through the centuries together, they represent the journey from a feudal society to a modern democracy and show the intertwined history of the church, monarchy, and state.

The Palace of Westminster, Westminster Abbey, and St Margaret’s Church continue in their original functions and play a pivotal role in society and government, with the Abbey being the place where monarchs are crowned, married and buried. It is also a focus for national memorials of those who have served their country, whether prominent individuals or representatives, such as the tomb of the Unknown Warrior. The Abbey, a place of worship for over 1000 years, maintains the daily cycle of worship as well as being the church where major national celebrations and cultural events are held. The Palace of Westminster continues to be the seat of Parliament.

The iconic silhouette of the ensemble is an intrinsic part of its identity, which is recognized internationally with the sound of “Big Ben” being broadcast regularly around the world.

The Palace of Westminster, Westminster Abbey, and St Margaret’s Church together encapsulate the history of one of the most ancient parliamentary monarchies of present times and the growth of parliamentary and constitutional institutions.

In tangible form, Westminster Abbey is a striking example of the successive phases of English Gothic art and architecture and the inspiration for the work of Charles Barry and Augustus Welby Pugin on the Palace of Westminster.

Why is Westminster Abbey Important?

Westminster Abbey, which is known formally as Collegiate Church of St. Peter at Westminster, is a large gothic church in London. Sometime in the 16th century, the abbey was considered a cathedral, but from 1560 moving forward, it was not considered an abbey or cathedral, but instead classified as a Church of England “Royal Peculiar.” This type of church is therefore directly responsible to the sovereign.

The church was founded in the 10th century, but the construction of the current building was started in 1245, as initiated by Henry III—the former king chose the site for his burial. The abbot and monks became a powerful force during the period of the Norman Conquest due to its proximity to the Palace of Westminster (that was the seat of government). Despite that, there were no royal connections extended to the abbot and monks that ran this church.

It was also during this same period wherein the Westminster Abbey started its tradition as a famous coronation site. In fact, many Norman kings also used this as their coronation site. But no other king was buried at this London church until Henry III.

Work on the church continued since it was started in 1254 until the mid-16th century. It was architect Henry Yevele who did most of the work on the church during the reign of Richard II. By the 18th century, the Western towers were added to the abbey. Aside from coronation of kings, several royal weddings were also held at Westminster Abbey, with Prince William and Kate Middleton being the latest.

Why is St. Margaret’s Church Important?

Westminster Abbey and St. Margaret’s Church is one UNESCO property consisting of two structures important to the history of England. In addition to the very important Westminster Abbey, the other important London church is St. Margaret’s Church. It was founded by Benedictine monks in the 12th century, and this allowed the local people to have a place of worship, particularly those who did not have access to the abbey.

In 1614, it was considered the parish church of the Palace of Westminster, whereas they considered the abbey a highly liturgical church. Hence, parliamentary services were held in the St. Margaret’s Church instead of Westminster Abbey. Just like the latter, this church also held many royal weddings, including that of Winston Churchill and Clementine Hozier. Weddings from the British royal family’s extended members often also take place at this important church.

About the Palace of Westminster

The final component of the UNESCO World Heritage Site in the Westminster area, Palace of Westminster is used to hold meetings for two houses of the UK’s Parliament: House of Commons and House of Lords. It’s also known by the name Houses of Parliament and lies in the northern bank of the River Thames.

The name of this building was derived from Westminster Abbey. It’s owned by the British monarchs and is still considered as a royal residence, even though it’s currently used mostly for ceremonial purposes. It served as the first royal palace in the UK since it was built in the 11th century. Hence, it served as the primary residence of the Kings of England until a fire in 1512 that nearly destroyed the entire complex.

In an effort to rebuild the Palace of Westminster, a design competition was held that architect Charles Barry won. Therefore, he is credited for the Gothic Revival style of the new building.

How to Visit St. Margaret’s and Westminster Churches in London

Westminster is located in central London and is easy to access from anywhere else in the city. Even budget travelers in the UK should have these churches on their “to visit list.” And if you’re keen to get the best out of the experience, take a guided tour of Westminster—they even have guided tours, options to get there via bike, and the chance to soak in the vibes with an afternoon tea.