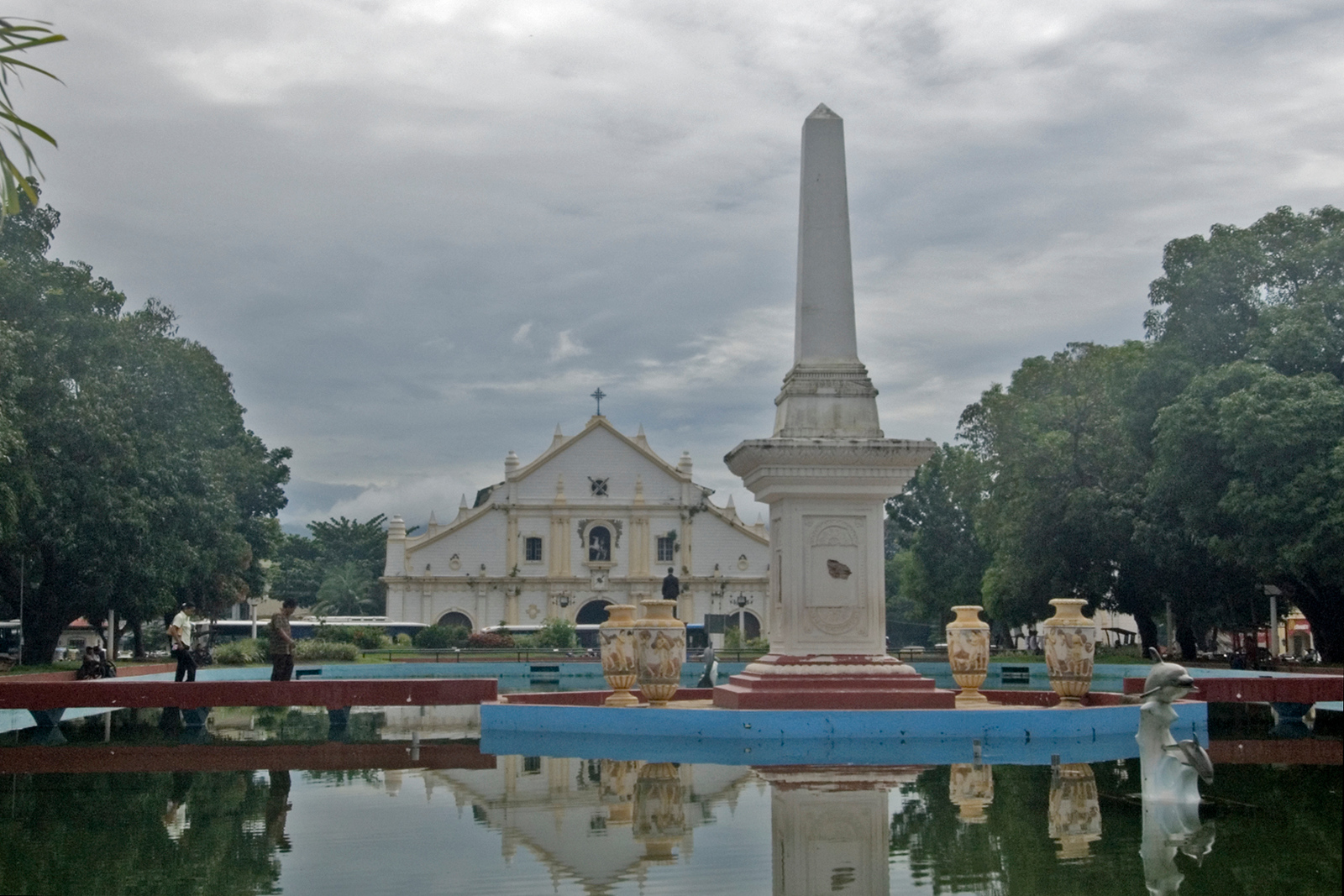 The above photo is of the Vigan Cathedral and the central plaza. The plaza area has small models of the wonders of the world as well as a map of the Philippines with models of the Filipino World Heritage sites on it.

Vigan is a very quaint city and you can tell it is different from most cities in the Philippines the moment you step off the bus. Many of the streets in the central area do not allow automobiles. Most of the old buildings have not to be renovated so you get the feel of walking through an old Spanish city.

Overview of the Historic City of Vigan

Vigan is one of the most beautiful towns/cities in the Philippines. It is also one of the richest in terms of historical and cultural heritage.

Located in the northern part of the Philippines, Vigan is best known for its heritage village that has preserved Spanish colonial buildings that make you feel like walking into a time warp. The buildings that were built during the 18th century were still intact until today. Indeed, it is the only Hispanic town in the Philippines that remain intact- from the cobblestone streets to the architecture that features the fusion of Philippine, Spanish and Oriental design concepts are sought after by tourists.

From the World Heritage inscription of the Historic City of Vigan:

Established in the 16th century, Vigan is the best-preserved example of a planned Spanish colonial town in Asia. Its architecture reflects the coming together of cultural elements from elsewhere in the Philippines, from China and from Europe, resulting in a culture and townscape that have no parallel anywhere in East and South-East Asia.

How to Get to Vigan

To go to the historic city of Vigan, you can go to Manila. This is the ideal jump-off point for traveling to Vigan. There are bus routes that travel to Vigan almost every day. The bus ride from Manila to Vigan will take roughly 10 to 11 hours. Another option is to take a flight to the city of Laoag. From Laoag, you can take a bus to Vigan. The ride will be much shorter at 2 to 3 hours.

Prior to Vigan being named as one of the UNESCO World Heritage Sites in the Philippines, it as an important coastal trading post during the pre-colonial era. The Chinese junks sailed through the Mestizo River prior to the arrival of the Spanish galleons. Seafaring merchants bartered exotic goods from various parts of Asia with that of gold, beeswax and other products from the Philippines. Eventually, a few Chinese immigrants settled in Vigan.

It was in 1572 when the first Spanish colonial settlement was established in Vigan. In 1595, the first diocese was established and its first bishop was named. More than four centuries later, this historic town was added to the list of UNESCO World Heritage Sites in the Philippines. It was also named as the first component city of Ilocos Sur in 2001. Aside from being a UNESCO World Heritage Site, Vigan is also one of the New Seven Wonders Cities of the World during the selection in 2014.

The Spanish heritage village is one of the most frequented tourist destination in Vigan. The local government seem to follow the lead of tourists such that tourism is now one of the province’s main source of economy.

3 thoughts on “Historic City of Vigan”