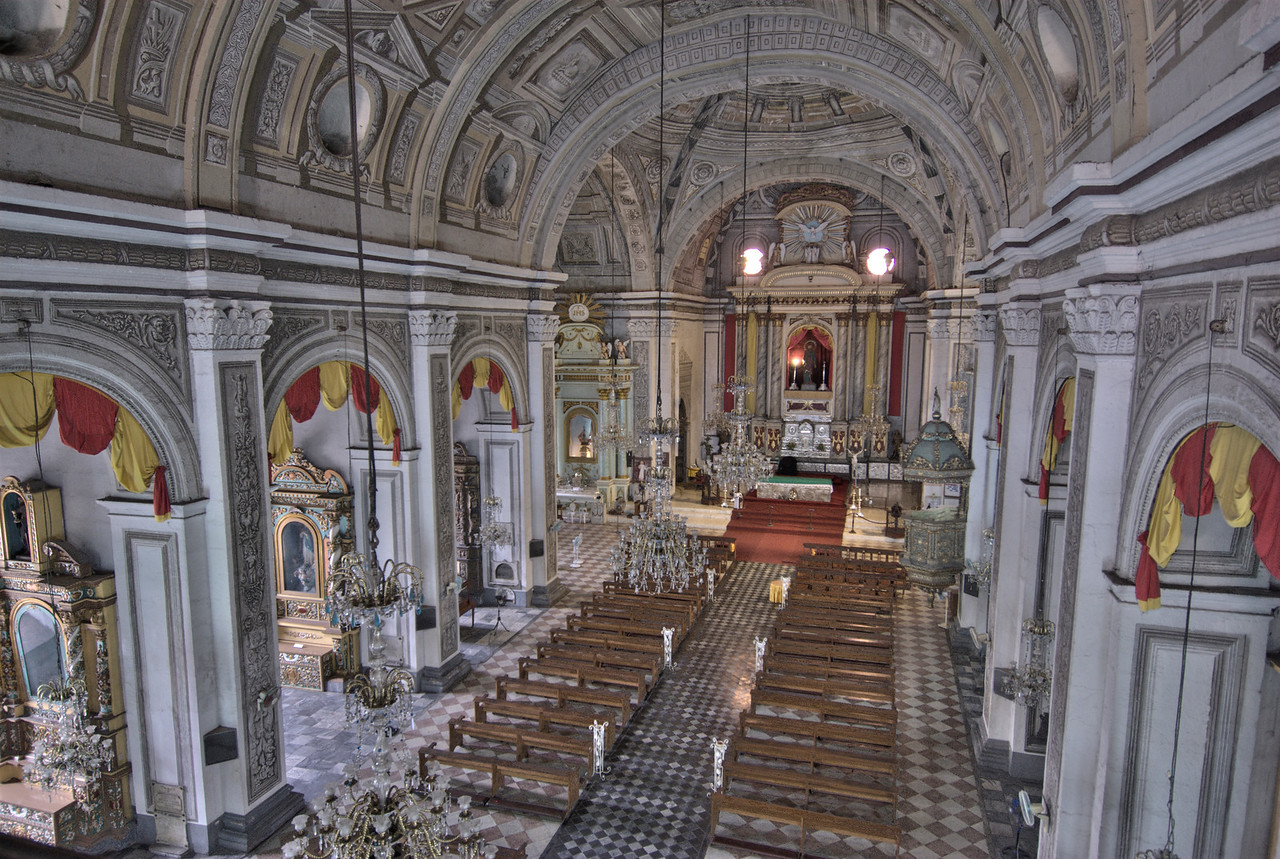 One of the most remarkable parts of traveling through the Philippines is the chance to immerse myself in every aspect of culture and history. Perhaps nowhere is this fascinating blending of culture more noticeable than in the beautiful Baroque churches in the Philippines. These beautiful churches are so significant they were named one of the Philippines’ six UNESCO World Heritage Sites.

There are many different Baroque churches located across the country, but four of the top ones—rated for their cultural significance—have that little something extra that make them worth visiting. Let’s dive into why the Baroque churches made it to this part of the world, their significance in Filipino culture, and a description of the best Baroque churches you can visit today.

First, here’s what UNESCO had to say in the World Heritage inscription for the Baroque Churches of the Philippines:

This group of churches established a style of building and design that was adapted to the physical conditions in the Philippines and had an important influence on later church architecture in the region. The four churches are outstanding examples of the Philippine interpretation of the Baroque style and represent the fusion of European church design and construction with local materials and decorative motifs to form a new church-building tradition.

Most Beautiful Baroque Churches in the Philippines

The four churches in the Philippines included within this UNESCO World Heritage Site property played a crucial role in the country’s colonial past and identity. Most of these churches were built during the 16th century, at the time of the Spanish colonial rule of the country. The churches’ unique design features include the integration of the Spanish and Latin American architectural styles with that of the Philippine indigenous architecture. In fact, the prominence of these churches also provided a glimpse into the power that the Church had in ruling the state during its colonial history.

Spaniards held a great deal of power during the 15th and 16th centuries—these were their prime years of expeditions and colonization. The Philippines was one of the countries colonized after the Spanish landed on the Philippine islands in 1521. They were able to infiltrate the country and establish Spanish rule by spreading Catholicism across the country.

Church of San Agustin in Manila

The Church of San Agustin in Manila is the principal property in the UNESCO site titled the “Baroque Churches of the Philippines.” San Agustin is the oldest church in the Philippines, and what you can see today dates back to 1607—but previous Spanish churches have existed on the spot going back to 1571. The church has survived several major earthquakes in Manila, as well as both American and Japanese bombardment in WWII.

The San Agustin Church in Manila features a design derived from the Augustinian churches in Mexico. In fact, it bears a strong resemblance to Puebla Cathedral in Puebla, Mexico. It’s located in Intramuros, in the southern district of Manila. It’s the only church that survived the bombardment during the Second World War.

Given its location in Manila, it’s the most popular and visited of the four baroque churches in this world heritage site.

Located atop a hill, the Church of La Nuestra Señora de la Asuncion served as a citadel once that showcased how this architectural feat has served several purposes. The two huge columns at the facade of the church are among its most distinctive feature. Meanwhile, the reddish exterior and exposed brickwork define its unique style.

This particular church was pointed out in the UNESCO listing as the most outstanding example of the Earthquake Baroque Architectural Style. Next to the Paoay Church is a coral stone bell tower. These two are one of the most recognizable landmarks in the country. The fact that the bell tower is detached from the main church building also makes it unique.

This church, also known as Miagao Church, is built on the highest point in the town of Miagao in Iloilo (to which the church was also named after). The towers of the church also served as a lookout for Muslim raiders. Meanwhile, both the church and its watchtowers were built with secret passages and thick walls to defend from the Muslim raids. It is considered the finest example of “Fortress Baroque”. The facade of the church exemplifies how Filipino churches have adapted Western decorative elements.

The Philippines is no doubt a haven for historical churches. Due to its colonial past and a rich Christian belief, it comes as no surprise how the church is an integral part of the system. In fact, the national government and both public and private sectors work together to safeguard these national treasures. The aim is to preserve and protect the historical and cultural heritage that are tied up with these baroque churches. In addition, they are also rapidly growing as top tourist destinations.

Other Photos of Baroque Churches in the Philippines:

Read Next: 7 Wonders of the Philippines

3 thoughts on “Most Beautiful Baroque Churches in the Philippines”