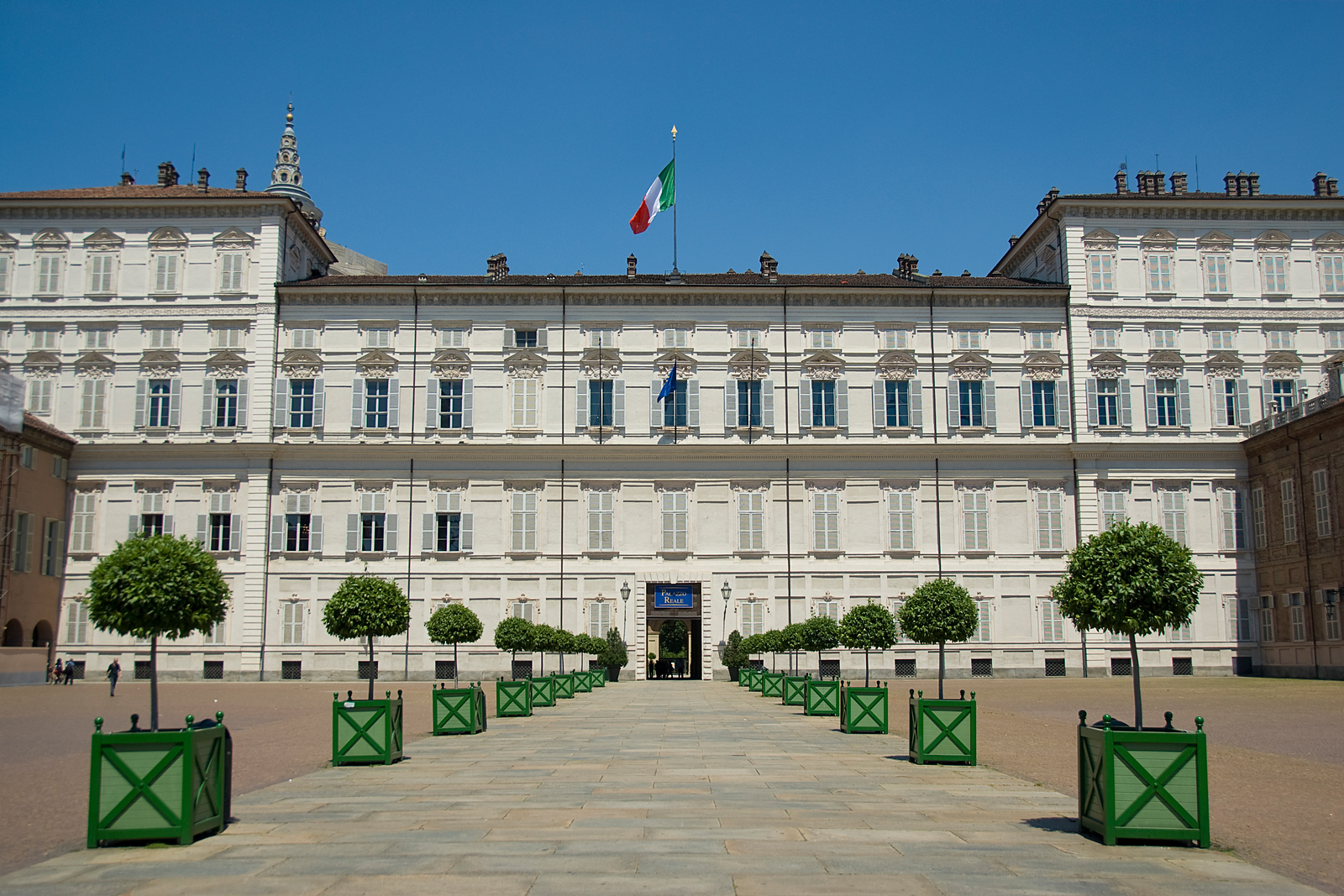 From the World Heritage inscription for the Residences of the Royal House of Savoy:

When Emmanuel-Philibert, Duke of Savoy, moved his capital to Turin in 1562, he began a vast series of building projects (continued by his successors) to demonstrate the power of the ruling house. This outstanding complex of buildings, designed and embellished by the leading architects and artists of the time, radiates out into the surrounding countryside from the Royal Palace in the ‘Command Area’ of Turin to include many country residences and hunting lodges.

Italy has more World Heritage sites than any other county. It seems as if every city in Italy has one and Turin is no exception. There are many palaces around and in Turn built by the Duke of Savoy. A quick walk to the center of town will let you see several of them.

The Residences of the Royal House of Savoy is a complex made up of buildings within Turin in the Province of Turin, Italy. It was inscribed into the list of UNESCO World Heritage Sites in 1997 for its cultural value. The House of Savoy comprises of the ancient royal family and was founded in 1003 within the Savoy region. By 1720, this ancient royal family reigned in Sardinia, Italy. Since it was founded in France, it worked with its junior branch in Carignano to fully establish its kingdom in Italy.

The buildings found within the residential complex in Turin represent this long-running history of dominance and rule of the royal family. The building and its lavish construction and embellishments reflect the power and grandeur of the royal family that once inhabited it. According to the UNESCO website, these buildings express a “potent demonstration of the power of an absolute monarchy in material terms”.

About the Residences of the Royal House of Savoy

The Residences of the Royal House of Savoy are distributed in two major locations: Turin and Piedmont. Both of these locations are within Italy. Each site comprises of its own set of buildings and structures that have ties with the history, rule, and power of the House of Savoy.

The properties within Turin are as follows:

Meanwhile, these are the properties located in Piedmont:

2 thoughts on “Residences of the Royal House of Savoy”