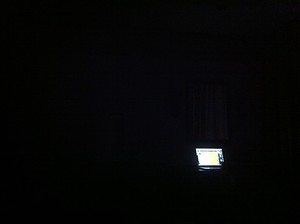 I came to Thailand to work. I had no idea, however, just how far behind I’ve gotten and how much work it would be.

I’ve spent the last several days in my dark hotel room editing photos. My hotel room because the bandwidth is good and it is better than any other options for working around here, and dark because it is the best environment to edit photos in. I knew that I had let my photo editing slip, but I had no idea just how bad things have gotten.

You will probably notice photos of places that haven’t been previously represented in my daily photos over the next month. My recent photos from South Africa, Canada, Bilbao, Washington, and even a forgotten image from Sydney are all a result of my current photo editing binge.

So, I haven’t really done much of anything here in Thailand which is interesting. I even missed the celebrations of the Kings Birthday yesterday, which from what I’ve been told, was pretty amazing to see. I found out my site got hacked and had to fix that problem. I’ve recorded two podcasts and gone to a few movies. That is about it. It isn’t the glamorous life of a world traveler, but sometimes work just has to get done.

I just want to give everyone a heads up that I’m still alive. I haven’t been very active on Twitter or Facebook the last week and I haven’t written anything in a while. Once I’m done with the photo editing I’ll be shifting into writing mode, which should be more enjoyable if for no other reason than I can do it from anywhere with less concern about bandwidth and ambient light.

With that, I’m going to head back into Lightroom and hopefully get this finished in a few days.

8 thoughts on “Sitting in a dark room in Bangkok”