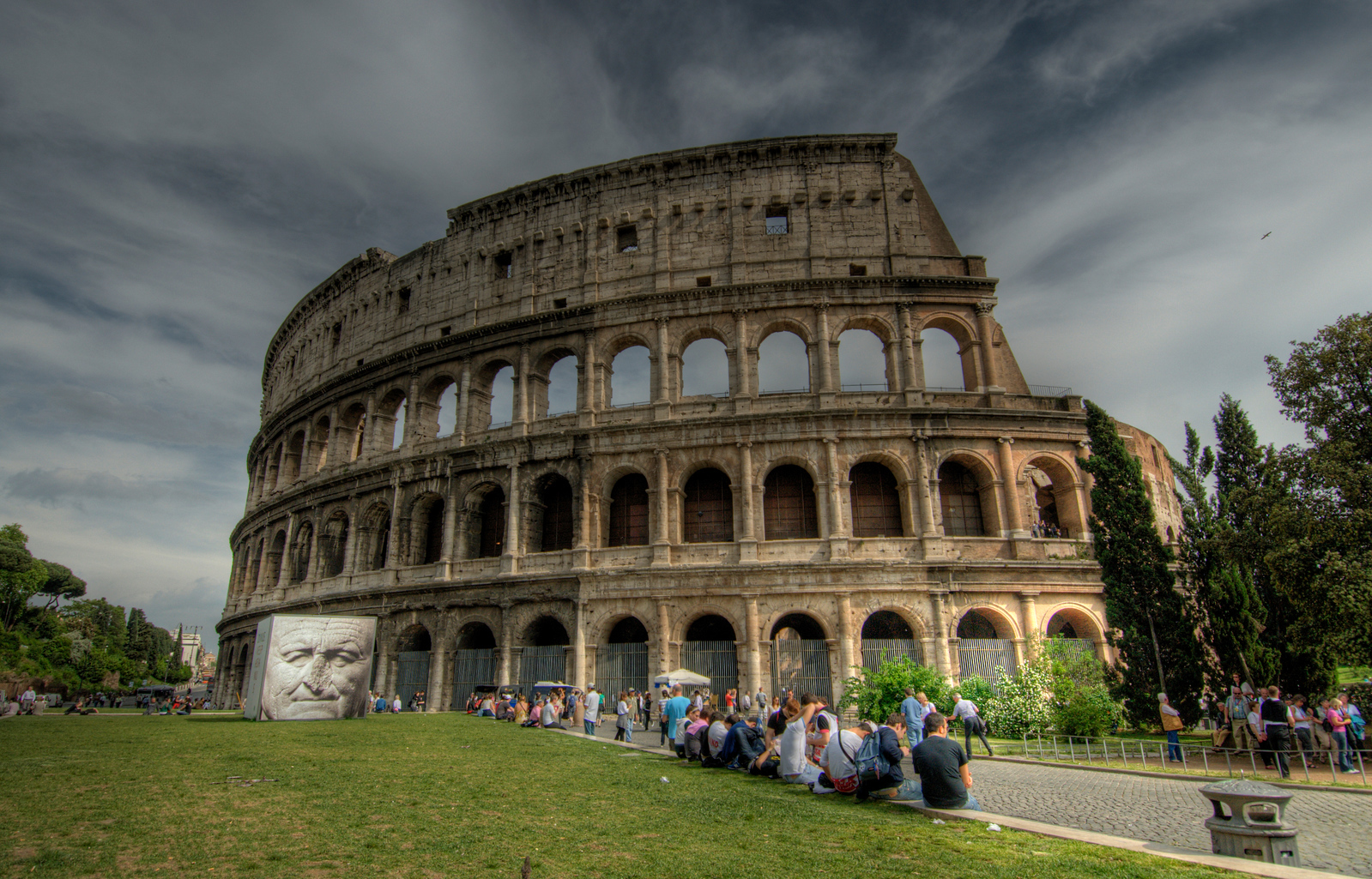 The Historic Center of Rome is probably one of the most significant, historical, and impressive world heritage sites in the world. Like the cities of Kyoto, Jerusalem, and Angkor, there is a bevy of incredible sites sprinkled across Rome—and much of Italy for that matter—that could be named world heritage sites on their own right. The most significant and recognizable location in Rome is the Colosseum which was recently named as one of the New Seven Wonders of the World.

Italy has the most number of UNESCO World Heritage Sites in the world. There are 51 sites in total recognized by UNESCO within Italy. One of these sites is the Historic Centre of Rome and the Holy See. This property comprises the Vatican and the Basilica of St. Paul Outside the Walls.

The history of Rome has existed since the 4th or 5th century BC. To this day, visitors marvel at the remains and ruins of monuments from the period of the storied Classical Roman Empire. Some of these monuments include the famed Colosseum and the Roman Forum (also known by its Latin name, the Forum Romanum).

The property was added to the UNESCO list in 1980; however, it was extended in 1990 to include the properties of the Holy See, such as the Basilica of San Paolo fuori le Mura.

From the World Heritage inscription for the Historic Centre of Rome:

Founded, according to legend, by Romulus and Remus in 753 BC, Rome was first the center of the Roman Republic, then of the Roman Empire, and it became the capital of the Christian world in the 4th century. The World Heritage site, extended in 1990 to the walls of Urban VIII, includes some of the major monuments of antiquity such as the Forums, the Mausoleum of Augustus, the Mausoleum of Hadrian, the Pantheon, Trajan’s Column and the Column of Marcus Aurelius, as well as the religious and public buildings of papal Rome.

What to See in the Historic Center of Rome

Planning a trip to the Historic Center of Rome? Much of what you’ll want to visit is easy on a large loop of Rome—best spread across a couple of days. All told, you will want at least three days in the city, with one whole day in Vatican City, and another spent just exploring the historic center of Rome. The third day is ideal for other top sites, like the Trevi Fountain. For your day exploring the Historic Center of Rome UNESCO sites, these are the top attractions and monuments you must plan into your walking itinerary.

The Pantheon is one of the most notable tourist destinations in the historic center of Rome. It was a former Roman temple but is now converted into a church. The Pantheon’s construction was commissioned for by Augustus during his reign. However, it was Emperor Hadrian who saw the completion of the Pantheon.

This Roman triumphal column is another important structure within the Historic Centre of Rome. The column was built to commemorate the victory of Roman Emperor Trajan in the Dacian wars. This freestanding column was completed in AD 113.

This rectangular square is one of the most notable squares in Rome, Italy. At the center of the square is the statue of Giordano Bruno. The name of the square literally translates to “field of flowers”, which is derived from the fact that the square was once a meadow.

This famous attraction in Rome, Italy consists of the monumental 153 stairway steps. The stairway is a work of architects Francesco de Sanctis and Alessandro Specchi. The steps were constructed in the early 18th century and officially opened in 1725.

There are also several religious buildings that belong to the Papal Rome that is part of the UNESCO site. These sites and monuments sit outside of the extraterritorial properties of the Holy See. These monumental structures include the following: St Paul’s Outside the Walls, Santa Maria Maggiore, and the San Giovanni in Laterano (St. John Lateran).

Best Things to Do in Rome

Plan your time wisely because there is more to see in the Historic Center of Rome than just the historic churches, monuments, and sites. No trip to Italy is complete without diving into the best food in the city (perhaps even taking a cooking class), and seeing many of the other major monuments that comprise beautiful Roma that fall outside of the UNESCO site. Here are a few of our favorite other things to do in Rome that you should plan into any trip itinerary.

Getting to the Historic Centre of Rome Sites

From the airport, you can settle a private transfer to your hotel—Uber works here if you’re into ridesharing. Once in Rome, you will find a wide range of transportation options, such as taxis or via railway to get to the historic center of Rome.

If you are traveling from other parts of Italy, you can take a train to get to the Historic Centre of Rome—the Italian rail service is reliable and the network is extensive across all of Italy. Roma Termini is the main railway station in Rome, hence, you must travel via this station. There are also several other railway stations to choose from in Rome.

Finally, you can also drive to Rome from other parts of Italy. Driving to Rome is relatively easy and rental cars in Europe are more affordable than their counterparts in the U.S., particularly if you can drive a manual transmission.

We love the Rick Steves Pocket Rome guide for its practical tips and maps to help you navigate. If you like something even more compact, the StreetSmart Rome Map is fantastic and includes the subway routes, bus information, and includes pinpoints for every historic and interesting attraction in Rome.

Don’t forget to pack a European plug adapter as well so you can use your Smartphone to navigate as needed.

Where to Stay in Rome

Rome is large and there are no shortages of hotels in nearly every pocket of the city. The best neighborhoods for travelers planning a trip to Rome include: Testaccio for foodie travelers, the Historic Center for those keen to thoroughly explore all of the top historic sites, and Ancient Rome & Monti is another choice if it’s your first time in Rome and you want easy access to all the city offers.

The best hotels at every budget level include:

9 thoughts on “Plan Your Trip to Historic Rome”