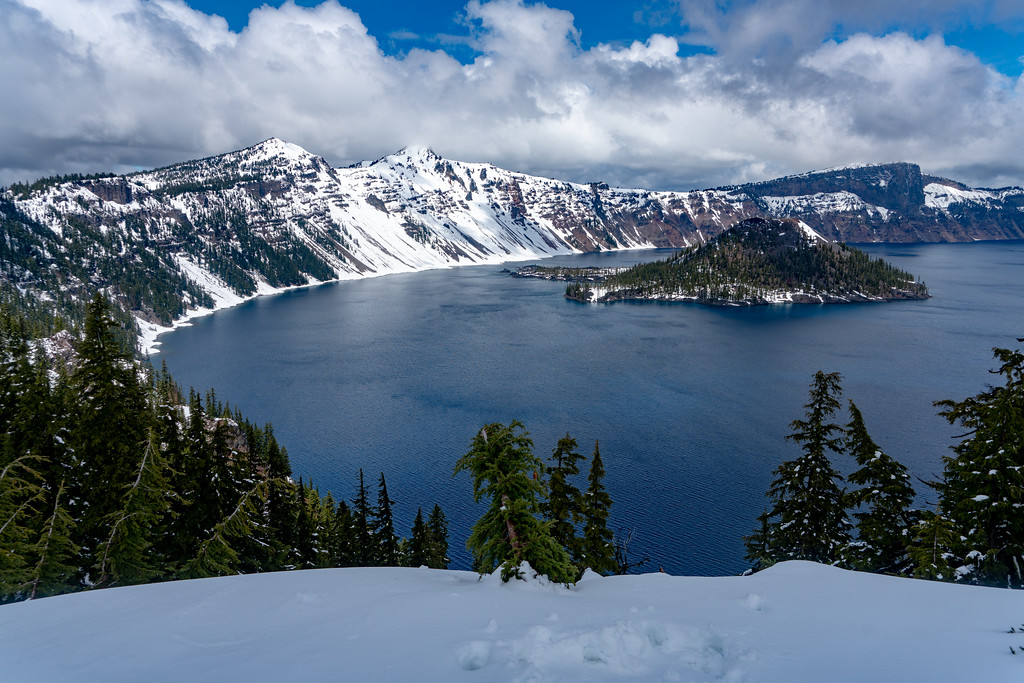 Southern Oregon and Northern California is a sparsely populated part of the country with some of the best scenery and natural attractions in the United States. Across California there is no shortage of beautiful places to visit, and that includes in the north of the state, where fewer travelers venture. Those road tripping the area can visit seven sites operated by the National Park Service in the area, all easily visited on a single trip. Three of the seven sites have full national park status and are some of the best parks in the U.S.

When you’re planning to road trip from Oregon to California and back again, the right road trip route can easily hit all of the highlights. Here is your complete guide to driving through Southern Oregon and Northern California to enjoy the best the region offers.

The trip to visit all seven parks is a circular route. If you’re driving yourself, you can obviously start at any point on the route. For the purposes of this road trip guide, let’s assume you’re flying into the region and renting a car, just to give the route a defined starting and ending point. Medford is a good spot to start, as it sits on Interstate-5, which connects Sacramento and Portland.

For the entire trip, you can get by using Google Maps to navigate the route and find directions to the next park. The only thing you need to be aware of is that some roads and park entrances might be closed due to snow. Road closures due to snow can be in place as late as July!

The starting point for this road trip will be Medford, Oregon which is the largest city in Southern Oregon and situated at the top of the circular route that covers all seven parks. Medford has an airport with connecting flights to Seattle, Portland, and other major airports. This is the logical starting point if you’re flying to the region

If you’re driving in from Portland or Seattle in the north, you will probably want to visit Crater Lake before you get to Medford.

Medford’s airport has a car rental counter where you can rent a car for your road trip—although you’ll find the best deals using a site like RentalCars.com to book one beforehand. Remember that in the state of Oregon, all gas stations are full service. You can’t pump your own gas. This will be very awkward for people from outside of Oregon or New Jersey, but that’s the way they do it, so you have been warned!

Book a place to stay in Medford for the start and end of our road trip.

Start your Southern Oregon road trip at Crater Lake, which is unlike any other lake in the world. Hydrologically, it’s isolated and is not fed by rivers or streams. It is the caldera of an extinct volcano that has since filled with water. It’s also the deepest lake in the United States, with an average depth of 1,949 feet / 594 meters (because the lake is not fed or drained by streams, the level of the lake can rise or fall due to changes in precipitation).

In the summer, you can drive a road around the lake for the best views. Given the elevation of the lake, however, there can be massive snow accumulations which can result in the road being closed into June or even July.

It’s also possible to visit the park on a day trip from Medford or Klamath Falls, where you will find the nearest selection of hotels.

Oregon Caves National Monument is one of the oldest sites in the National Park System, having been established in 1909 by President William Howard Taft.

The cave consists of over 15,000 feet (4.2 km) of passages formed in marble metamorphosed from limestone. The cave is one of the largest in the Western United States and a worthy stop on any Southern Oregon road trip.

Cave tours are offered from late March to early November and cost $10 for adults and $7 for children. The National Parks Pass will gain you entry to the park, but the cave tours are an additional fee. You can book same day tours at the visitor center, but reservations are suggested, especially in busy summer months.

The monument is also home to the Oregon Caves Chateau, which is a classic National Park lodge. The chateau is closed for renovation through 2020.

Redwood National Park is one of the most iconic parks in the United States. Redwoods, the largest tree in the world, can be found nowhere else on Earth and have become a symbol of both the State of California and of the U.S.

When visiting Redwood, be prepared for wet weather. The microclimate in the area will often result in rain or heavy fog, even if it is clear just a few miles inland.

The Whiskeytown National Recreation Area is a small site located approximately 10 miles west of Redding, California. As it is a recreation site, there are more activities allowed here than would be allowed at most national parks—boating and fishing on Whiskeytown Lake are both great options to get out of the car and stretch your legs for the day.

In 2018, a massive wildfire damaged most of the site. The damage to the trees is very visible the moment you enter the area. Many of the campgrounds are closed until further notice. Parts of the park are closed, but the visitor center is still open.

Next on your road trip through Northern California is Lassen National Park, the location of one of the largest volcanic eruptions in the continental United States: The 1915 Lassen Peak Eruption. Prior to the eruption, the site was two separate national monuments: Cinder Cone National Monument and Lassen Peak National Monument.

The park is located approximately 50 miles east of Redding, California and 150 miles northwest of Reno, Nevada.

The high altitude of the park means that snow can remain on the ground well into summer and it’s not uncommon for snow to block roads in the park well into June or even July. Make sure to check the park website for up to date information on which park entrances and roads are open.

Lava Beds National Monument is located just outside of Tule Lake, CA, near the California/Oregon border. The site is a fantastic collection of over 25 accessible lava tubes and other volcanic remnants from past explosions.

The lava tubes are the main attraction and most of them can be explored by anyone who can walk up and down stairs or on a paved path. Some of the tubes, however, do not have lighting and do not have paved surfaces.

The park has two entrances, and you will probably be entering one and leaving through the other on any sort of comprehensive park road trip.

In addition to the volcanic features of the park, another separate area closer to Tule Lake features ancient petroglyphs. This part of the park does not require an entrance fee and is one that most visitors overlook.

There will be some options in Tule Lake, CA, but as a good road-tripper you can actually revisit your choice in Klamath Falls.

Tule Lake National Monument is one of the newest sites in the national park system and visiting it is a bit trickier than some other spots on your road trip—it will take some advance planning. The site was the location of a Japanese Internment camp during WWII. The site was formerly part of the WWII Valor in the Pacific National Monument, but was given its own stand-alone status by an act of Congress in 2019.

The site is still very undeveloped. The visitor center is part of the county fairgrounds, and it isn’t open all the time. The day I visited there was a sign on the door indicating they were closed, and there was no prior notice given about the closure on the website.

Several key parts to the site are all located within driving distance around the community of Tule Lake. Almost all of them require a park ranger to provide access as the entrance is locked.

As the site is quite new, check on the official park website before your visit to see what is open. Tule Lake is very close to Lava Beds National Monument and it is easy to pair a visit to these two sites on the same day.