The farthest points of Northern Ireland are less than 150 miles apart (a mere three-hour drive) making it the perfect road trip destination, with close-knit attractions, lots of scenery and sightseeing, and just plenty of rustic charm in between. At the same time, local bus and train routes conveniently connect almost everywhere of interest, meaning it can also be well covered by independent travelers keen to drive Northern Ireland’s top things to do.

Wondering the best time to visit Northern Ireland? I always recommend summer time for traveling in Northern Ireland, with the long hours and more amiable weather, although the scenery in the lesser months add a bit of atmosphere to the Northern Irish landscapes, and these have become almost iconic through the regular settings of many of the Westeros scenes from “Game of Thrones.”

But first, pick up a National Geographic adventure map, and head to the country’s capital. This route will starts in Belfast, as will most driving itineraries, before traveling out on a six-day itinerary of the lesser-known tourist attractions in Northern Ireland.

1. Walk the Streets of Belfast City

I would honestly say that Belfast is one of my favorite cities in Europe for a short break or weekend these days, as touring the city’s main attractions can be easily covered by foot in a day, leaving plenty of time to explore the lesser known parts of the city.

Start with the newly developed Titanic Quarter, found on the opposite side of the River Lagan, where it shares all sorts of attractions mostly geared towards the old shipyard where the Titanic was built.

Also, I would definitely recommend a night out in Belfast’s Cathedral Quarter, found not so far from the central streets of City Hall, and situated next to Saint Anne’s Cathedral (where it gets its name from). The area also plays host to some of Belfast’s best bars, including the old Duke of York, and the new Dirty Onion, and then there is the Bullitt Bar nearby, one of the newer additions to Belfast’s skyline, which has rooftop views over the nearby city. The Bullitt Hotel is also one of the better hotels in the city.

2. Hike Along the North Down Coastal Path

The town of Bangor in Northern Ireland is a coastal alternative to staying in Belfast, found just a 20-minute drive along the Northern Irish coastline, where it is conveniently connected by a quick train line. And being just 12-minutes from Belfast’s City Airport, Bangor is often the preferred stay for driving itineraries, to avoid the expensive parking and traffic found in Belfast’s city. So Bangor itself is a charming seaside town, fronted by Northern Ireland’s largest marina, and there’s just a lot of local heritage to explore in the area.

Otherwise, the main attraction has to be Bangor’s seafront coastal path, which leads along the coastline as far as the not-so-far town of Holywood. Where, along the way, the coastal walking path passes beaches, forest parks, and lots of coastal scenery between. It also follows the same Belfast to Bangor train line, making it easy to start and stop at various locations along the way. It’s also possible to reach a handful of other top things to do along this Belfast to Bangor route, including the Ulster Folk Museum, Crawfordsburn Park—the Old Inn in Crawfordsburn is the best place to base your stay along this coastal path.

3. Admire the Coast (and a Game of Thrones Location) at Strangford Lough

Strangford Lough is only a short distance from Bangor (10 mins) and Belfast (20 mins), but there really is a lot to explore in this scenic region of Northern Ireland. When arriving, it is best to come from Newtownards, which is the gateway to the surrounding attractions, including Scrabo Tower, which boasts fantastic views over the lough from above.

Then call in for a meal at Daft Eddy’s in Killinchy, and Sketrick Castle, for some rustic grub. Otherwise, continue your Northern Ireland drive by following along the Ards Peninsula side of the lough, where a great springtime attraction is the stately manor of Mount Stewart (run by the National Trust) which has some of the most beautiful gardens in the spring and summer months.

Then there is a ferry crossing, which takes both cars and pedestrian passengers across the lough, from Portaferry to Strangford (or vice versa). From here it is only a short distance (10-minute drive) to reach Castle Ward aka Winterfell, which all fans will know was a key filming location in Game of Thrones, acting as the Stark’s homestead in the north. From there, it’s only a short drive to Downpatrick (18 minutes), which is best known as the final resting place of Saint Patrick.

A good base for travel in the Mournes region is the seaside town of Newcastle, around a 20-minute drive from Downpatrick, which also passes a number of lesser-known attractions like Dundrum Castle and Tyrella Beach.

The town is definitely one of the more charming seaside destinations in Northern Ireland, with easy access to walks that lead directly from Newcastle to Northern Ireland’s highest peak at Slieve Donard. But there are also a number of outside starting points for walks up the Mourne Mountains, including the Bloody Bridge, and Silent Valley, and my personal favorite: leaving from the Trassey Road toward the Hare’s Gap.

Then, nearby, a great area to explore is Tollymore Forest Park, found just before Trassey Road, where there are a number of waymarked walking routes through a rather extensive evergreen forest.

If you’re a Game of Thrones fan, then you’ll want to spend extra time here. Tollymore is a well-known backdrop for many scenes found in the Game of Thrones franchise. Otherwise, I would stay in Newcastle, maybe at the Donard Hotel, before driving onward to the next top destinations.

5. Relax in the Lake Lands of Lough Erne

The border regions between the Republic of Ireland and Northern Ireland are not the most exciting when it comes to tourism and things to do. But there will always be nice rural scenery to enjoy on your driving trip, and there may be some worthwhile stops at pokey villages if you’re keen to a sense of rural Northern Irish charms.

Also, Armagh has a Planetarium if you’re keen. Otherwise, it’s a two-hour drive until you’ll reach Fermanagh and the scattered lake lands of Lough Erne. A good base to explore this region is the island town of Enniskillen, found on the banks of the lake lands, and centered around a 16th-century castle. Otherwise, Lough Erne is likely best known for its spa/golf resorts (Lough Erne Resort) as well as boating holidays on the various lake routes.

But there is another rather great off-the-beaten-track attraction that is easy to visit when you’re driving the region. The Marble Arch Caves are found roughly 20-minutes out from Enniskillen, near the Irish borders of Cavan.

Heading north again, I would definitely recommend a quick stopover for a tour of the walled city of Derry/Londonderry. This is Northern Ireland’s second largest city, but still it’s only a quarter the size of Belfast.

Then continue to the coasts of Antrim for Northern Ireland’s most famous attractions along the Causeway Coast, including Ireland’s most recognizable UNESCO World Heritage Site, and a visitor favorite: the Giant’s Causeway. This is, by far, the most touristy region of Northern Ireland, with big bus tours available from both Belfast and even tours from Dublin. Even those these bus tours work if necessary, I would forever recommend a road trip and a self-penned driving itinerary through everything Northern Ireland offers.

If you’re driving, I’d probably base my overnight stay in Bushmills, allowing you to make the most of the Bushmills Whisky Distillery Tour. There are also a number of lesser-known things to do, including a stop at the beaches of Downhill Demesne—the setting of the Game of Thrones’ Iron Islands at Ballintoy Harbour, and, given time, maybe a quick ferry to explore Rathlin Island.

Then either continue onward into Ireland, or drive back to Belfast having see the best Northern Ireland has to offer.

Allan Wilson is an Asia based food and travel blogger living between the rice fields of rural Thailand and his hometown of Bangor in Northern Ireland. With lots of travels in between. You can follow his travels on Instagram at @LiveLessOrdinary 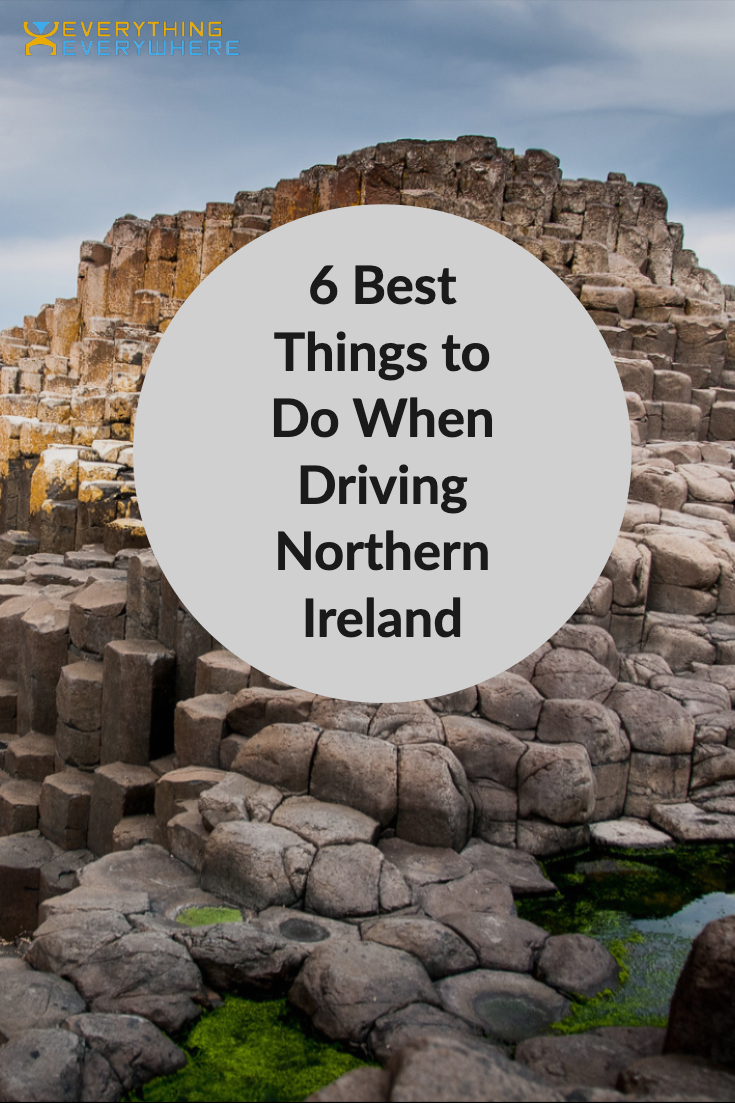