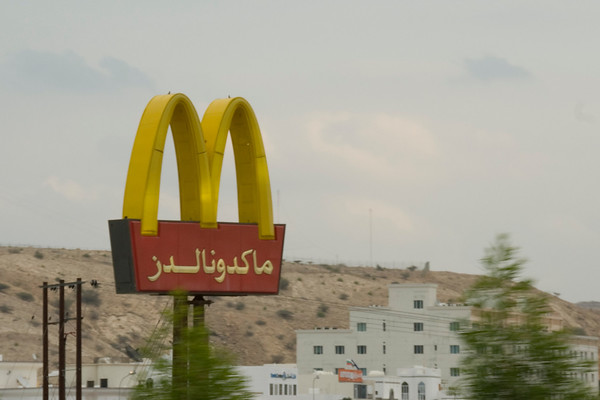 Since I last wrote about McDonald’s when I was in Dubai, I’ve been in Oman, Qatar, Bahrain, Kuwait, Egypt and Jordan. As all of the McDonald’s in the Arabian Peninsula are owned by the same company, there isn’t a whole lot to add to what I had to say about McDonald’s in Dubai. I managed to have at least something at a McDonald’s in every country except Qatar. I saw a McDonald’s sign from the window of my taxi, but never found one when I was walking around. Oddly enough, I did manage to eat at a Hardee’s in Qatar, which I thought was really bizarre. It appears that the only place in the world that has Hardee’s outside of the Midwest United States are the Gulf States.

What I want to focus on is McDonald’s Egypt, which was slightly different in substance than what I saw in the Gulf, and very different in the role it served in society. The Gulf states are all rather rich, and even Jordan is not too bad off considering it isn’t an oil producing nation. Egypt is much larger, much more crowded, and much poorer than the other Arab countries I visited. Also, in all of the above countries I listed, I ate maybe one or two meals at McDonald’s, and even then I only did it for the purpose of writing this article (the things I go through for my readers…) In Kuwait, I only got an ice cream cone and just went in to check out the menu. 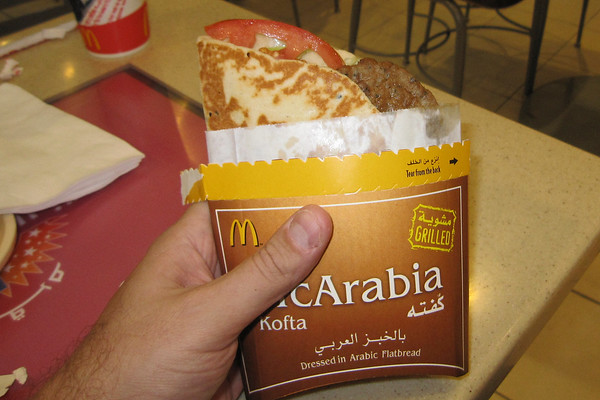 In Egypt, I ended up going to McDonald’s more than I have in any other country, and it had nothing to do with food. I would go every day depending what city I was in for one simple reason: McDonald’s had free wifi.

As is usually the case with my McDonald’s articles, I really don’t want to talk about McDonald’s or for that matter Egypt. I want to talk about something bigger. I need to back up as I often do in these articles and address the complaint that I always get. Some people will turn their nose up and say how they would never eat at a McDonald’s when traveling because they want a real cultural experience, and they wouldn’t want to eat garbage food, if you are going to a foreign country they’d want to experience local cuisine. While I understand where they are coming from, their view of fast food restaurants like McDonald’s is a very western view and they are projecting their view of these restaurants on to the places they visit. It might be completely reasonable if you are a westerner visiting, but it isn’t the whole story.

If someone were to make the claim that fast food was the bottom of the barrel of dining in a western country, I don’t think I’d argue with them. Fast food isn’t supposed to be high cuisine. It is supposed to very utilitarian. You get in, you get food, you get out. It is cheap and fast. Much of the fast food experience is totally lost on most westerners, however. The fact that every Big Mac is identical, is by design. Creating a consistent experience means that you know what you are getting, for better or worse, when you go to a chain restaurant. 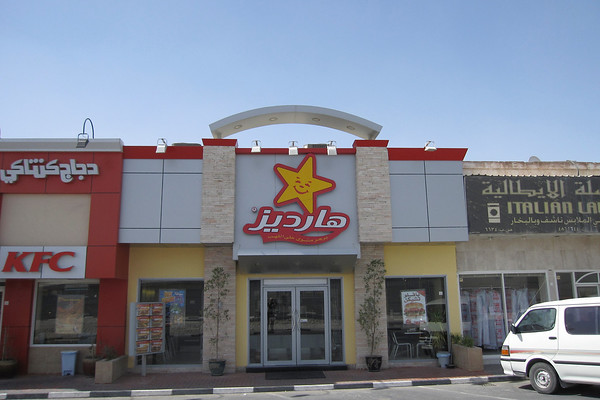 In a world were every restaurant has clean toilets and sanitary kitchen, that might not be a big deal. In many countries I’ve visited, restaurants like McDonald’s are the high end dining option. The average person might never afford to eat at the nice restaurant at the hotel for foreigners, but they might be able to take the kids to McDonald’s once or twice a year for a birthday party and get some free toys in a Happy Meal. (and the birthday parties seem to be a much bigger deal than they are in the US) It isn’t an option for dining that you exercise every day or even every week. The role of the fast food restaurant is sort of turned on its head in a world where you don’t have many restaurants at all.

When the first McDonald’s opened up in the Soviet Union, they had lines around the block. Families would get dressed up and spend a week’s or more income to have a meal that people in the west would turn their noses up at. Part of it was certainly the taboo of eating food from the west, but another part of it was having something of consistent quality, in a clean environment.

When I was in Phnom Penh Cambodia, I visited the KFC. As far as I knew, it was the only western fast food restaurant in the entire country (another KFC was being built in Sieam Reap, but wasn’t open yet). I was struck by something: all the kids who worked there seemed very bright, had nice clothes and spoke English exceptionally well. These were the smart kids and probably children of the Cambodian elite. Asking “do you want fries with that” is actually a pretty good job when there aren’t many other options. Where as most kids in the west would consider working at McDonald’s a crummy job, in Cambodia it was the job for the best and the brightest. 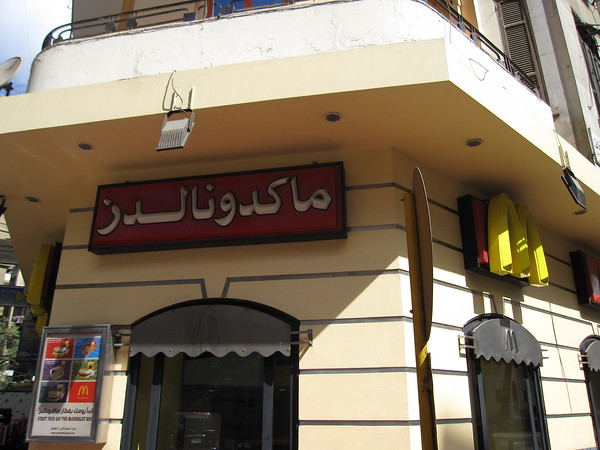 Which brings me back to Egypt. While Egypt is not as destitute as Cambodia, it isn’t as rich as Kuwait either. There are plenty of restaurants all over the place where you can eat that are perfectly fine. In fact I came to really like many Egyptian dishes like Foul (or fool depending on the spelling). McDonald’s is neither the best nor the worst option in Egypt. McDonald’s niche in Egypt dining ecosystem seemed to be a hangout for high school kids and young adults. Something which I also saw when I was in Taiwan. It was a place to study and a place you could bring a computer (usually cheap netbooks) to surf with your friends.

Every McDonald’s in Egypt ran McDonald’s radio. It was their own station which was a mix of western and Arab music. Most of the McDonald’s I visited were in tourists areas (because I’m a tourist) and it just added to the “western” vibe you’d get if you were an Egyptian youth.

What is the lesson can we take from this? McDonald’s and other fast food restaurants are a constant like the speed of light. They have a certain consistency which exists no matter where they are. How they fit into a particular country is a function of the development level of the country in question. The richer the country, the lower they are looked upon as a food option. The poorer the country, the more respectable dining option is it. I realize this isn’t quite as simple as sneering at every McDonald’s, but reality is never cut and dry.

19 thoughts on “McArabia: McDonald’s in the Arab World”