Nestled in the upper north east corner of Spain and Catalonia, sandwiched between Barcelona and the French border, is the city and region of Girona.

I spent the winter of 2014-15 living in Girona for three months. I had the pleasure to see much of the province as well as experience Christmas, Three Kings Day, and attend several local festivals.

Girona is one of my favorite places in Europe and I continually tell people about it, as it is often overshadowed by its larger neighbor to the south, Barcelona.

If you want to know why I love Girona, you can probably best understand by seeing it for yourself. 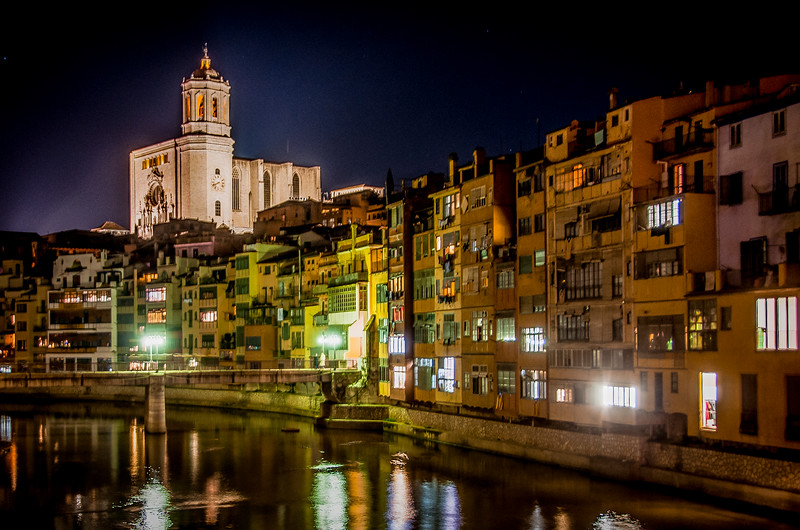 The image of the buildings along the River Onyar is probably the most iconic views of the City of Girona. The Basilica, seen in the background of the photo, was my north star for navigating the city. My apartment was nearby, so if I could see the Basilica, I knew how to get back. 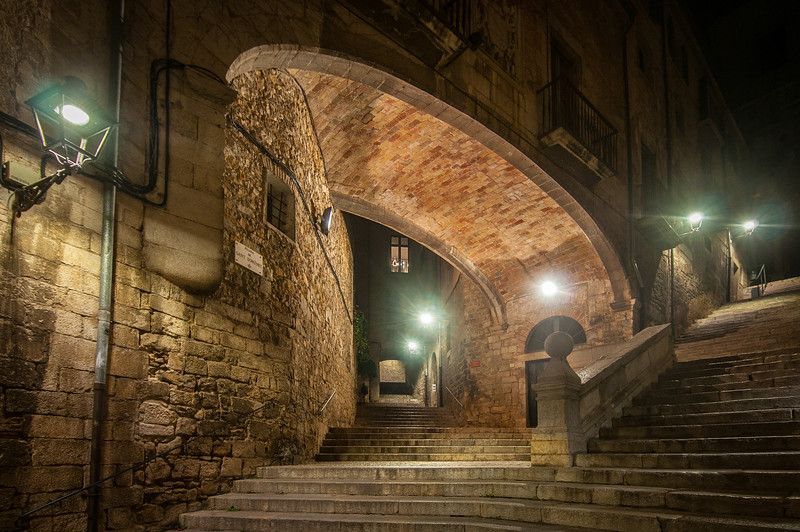 The Old Town of Girona has the look and feel of a classic European city. It is no wonder why it was chosen as a shooting location King’s Landing in Game of Thrones. 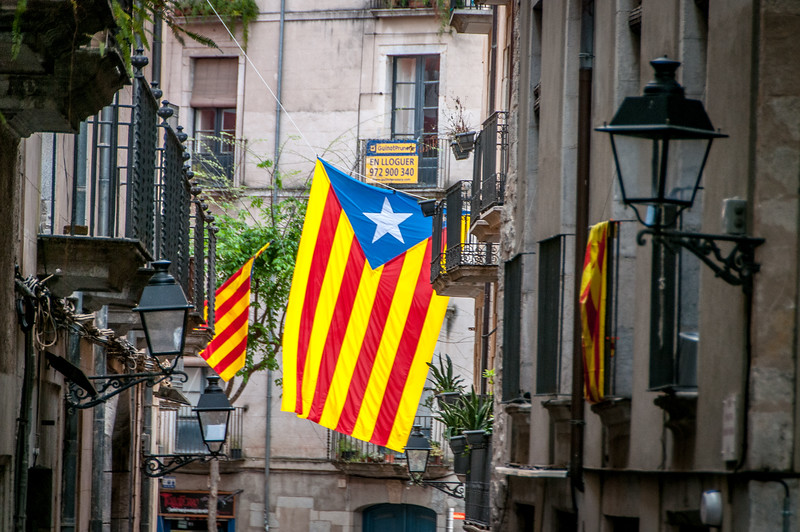 The map may show Girona as part of Spain, but the city and the region are profoundly Catalonian. I found Catalonian flags everywhere and I can’t say I saw a Spanish flag once.

The town of Castellfollit de la Roca is unique because it is literally perched on a cliff. The view from the bottom of the cliff is incredible. 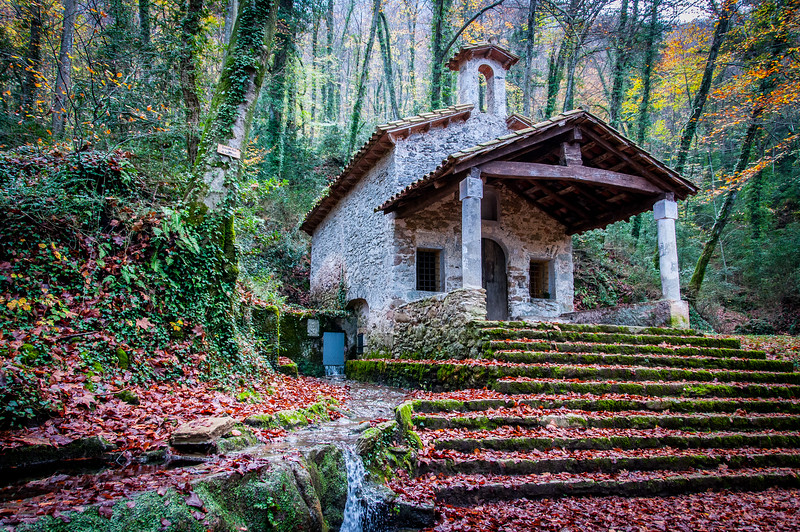 The Hermitage Of Sant Martí Del Corb is located in Garrotxa National Park. It requires some walking to get there, but it is one of the most simple and beautiful chapels you will find anywhere in the region. 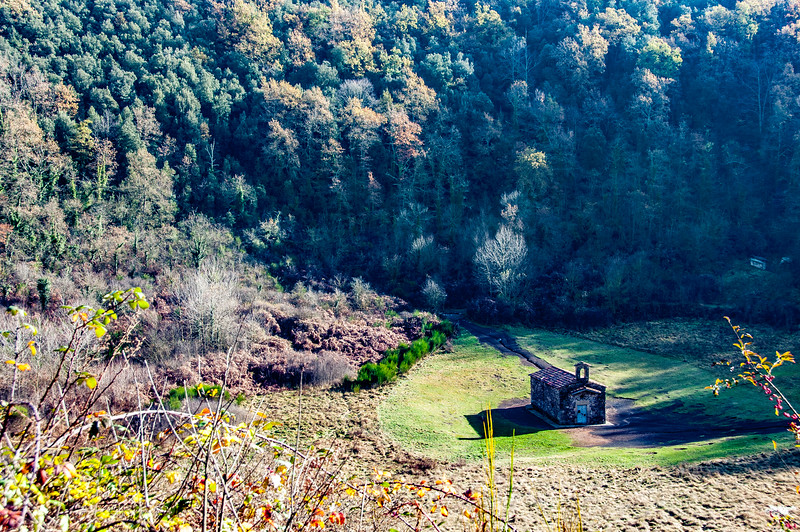 Garrotxa National Park is best known for its volcano, which is one of only a few in Europe. In the middle of the volcano’s caldera is the hermitage of Santa Margarida. It is one of only a handful of buildings you can find anywhere which is located inside a volcano. 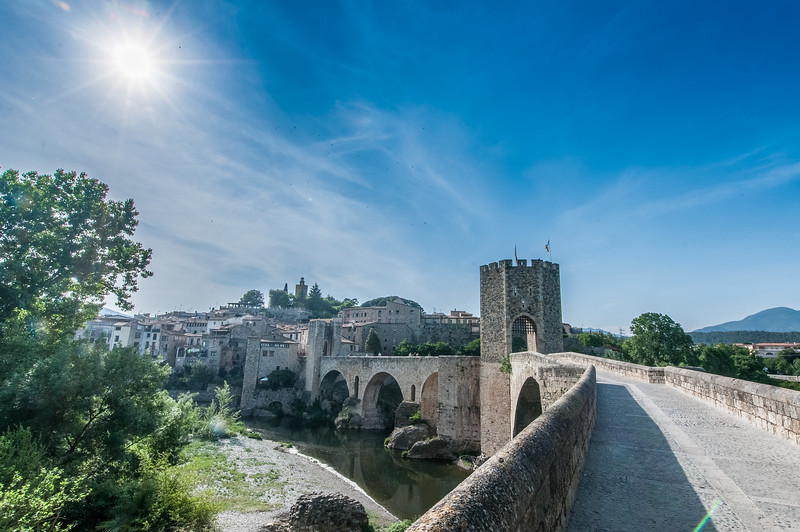 The town of Besalu is a classic walled medieval town with a wonderful bridge. 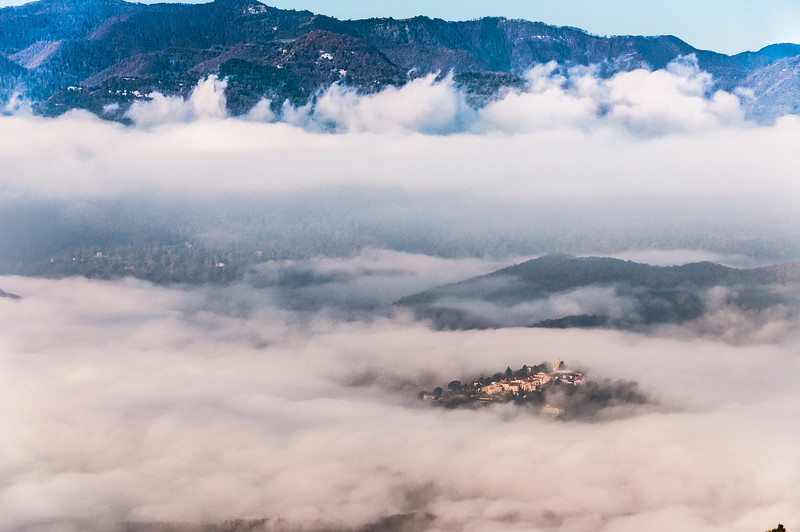 Most of the towns and villages in Girona are beautiful in their own right, but occasionally in context of the landscape, they can be stunning. 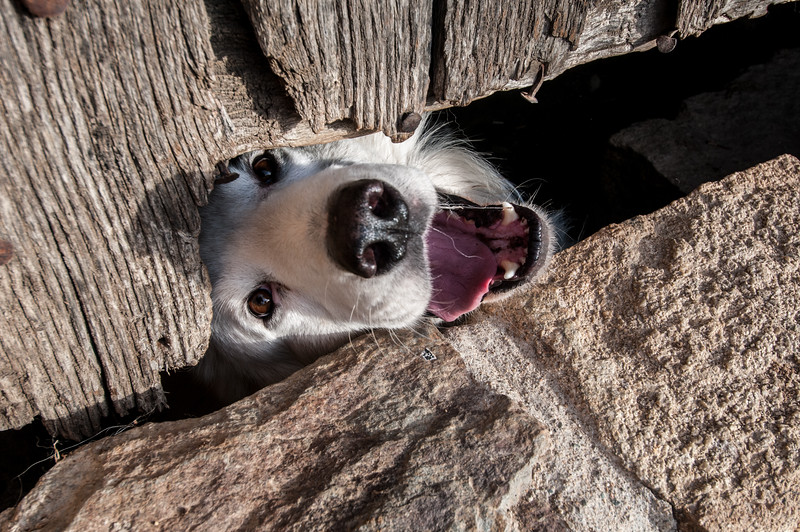 We found this happy dog inside a house up in the mountains, but he really wanted to come outside and play. 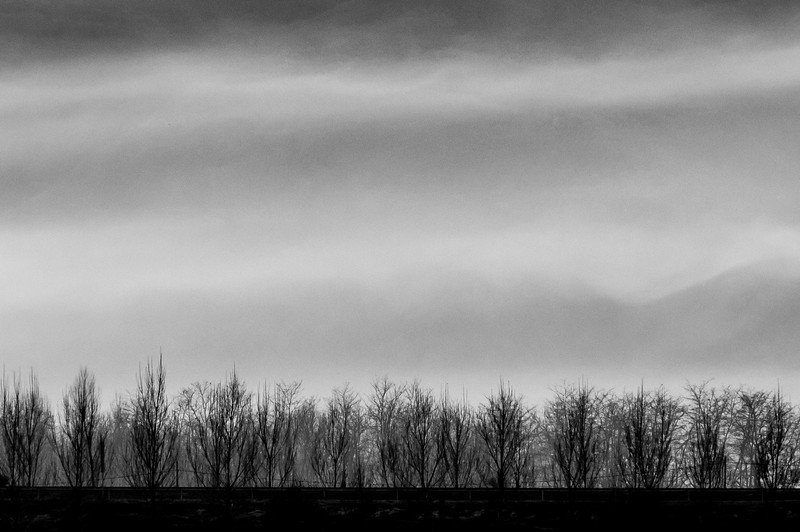 This is an abstract shot of a farm field outside of the village of Santa Pau. The fog, the trees and the land made for an interesting image. 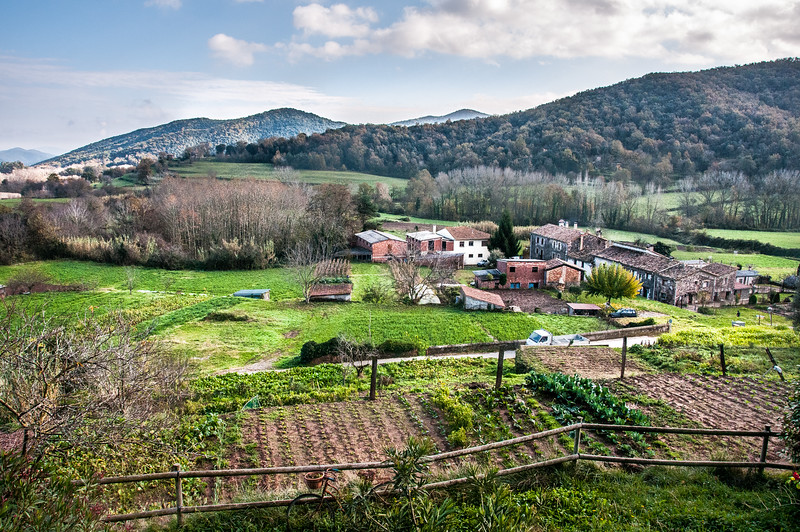 The farmland and countryside of Girona is just as beautiful as the mountains and the seaside.

I visited a dairy farm in Girona, which was very different from the dairy farms I saw growing up in Wisconsin. It was much smaller, and less mechanized. It isn’t the sort of place that most people will visit, but it did show a side of the region that few people get to see. 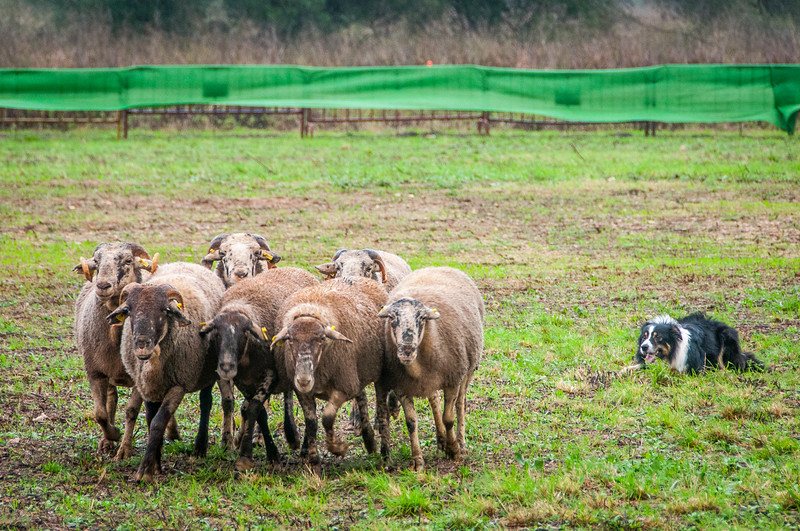 I was able to attend a sheepdog competition. It was amazing to see how smart and well trained these animals are. 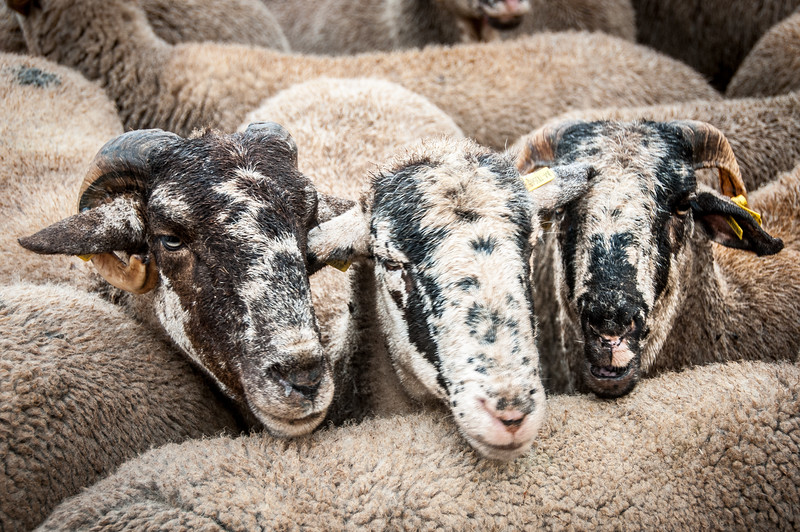 The sheep were not as smart as the dogs, but still photogenic. 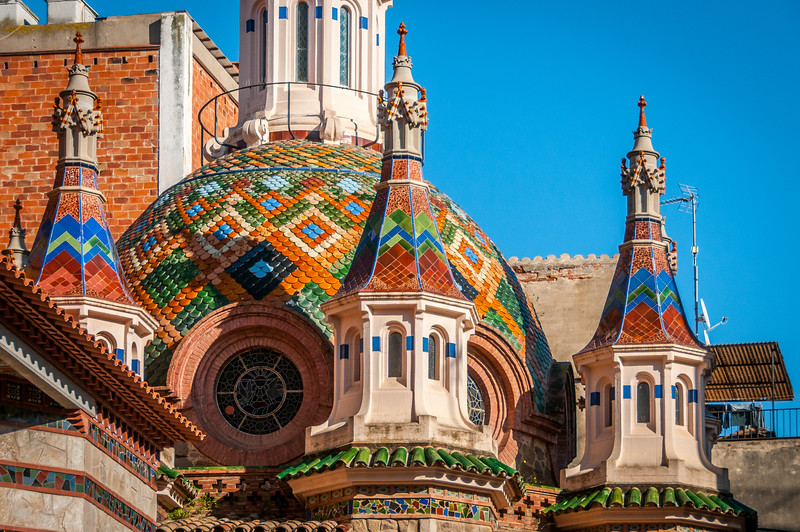 The Church of Sant Roma in Lloret del Mar. 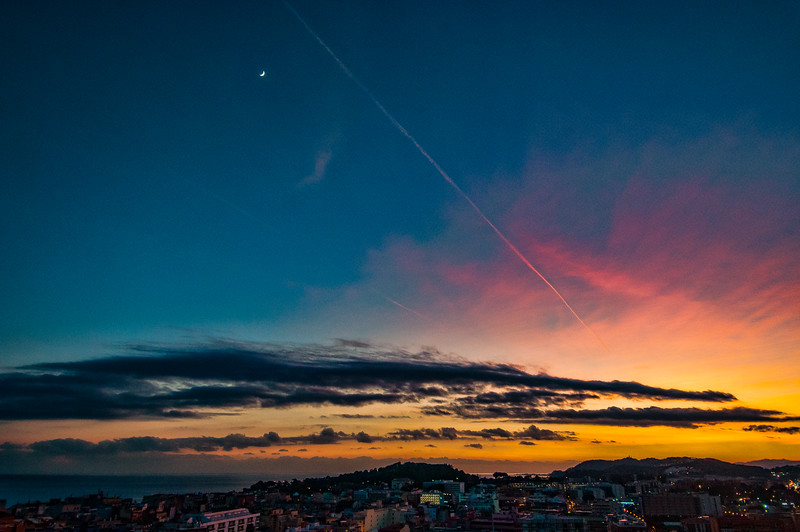 I captured this beautiful sunset in Lloret del Mar on Christmas Day. 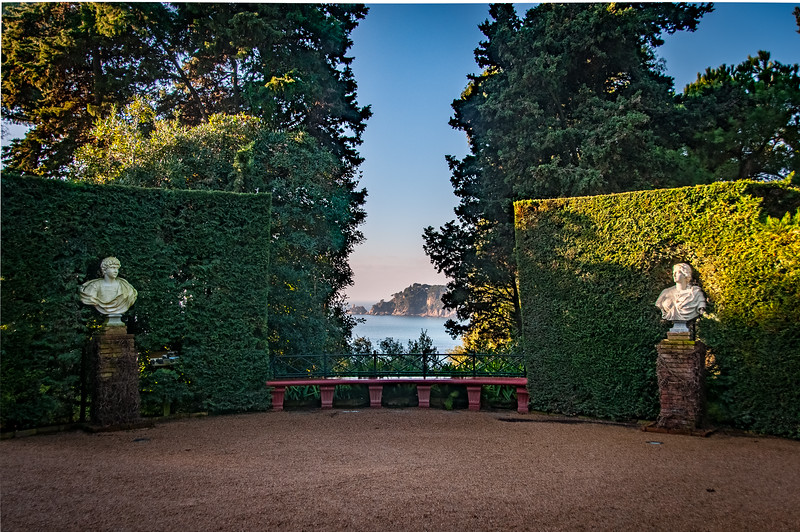 The coastal view from the Santa Clotilde Gardens in Lloret del Mar.

A tree in the forest outside the city of Girona.

The Shepherds of Girona or “Els Pastorets de Girona” is a traditional play put on by the community in Girona between Christmas and Three Kings Day. I was able to attend and photograph a performance. 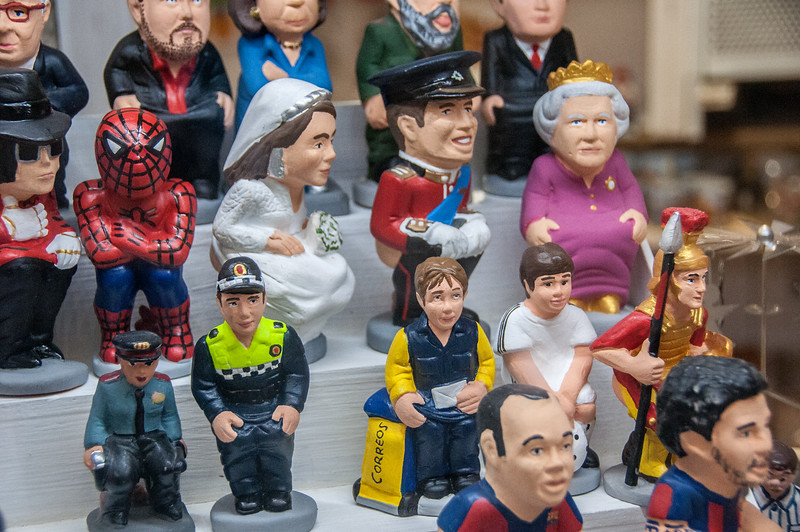 Catalonia has a bizarre custom of having a figure in every nativity scene of someone pooping. The figure is called a “caganer” which literally means “the crapper”. The statues are so identified with this part of Catalonia that you can find stores which sell custom states of caganer celeberities all year round.

6 thoughts on “Images of Girona”