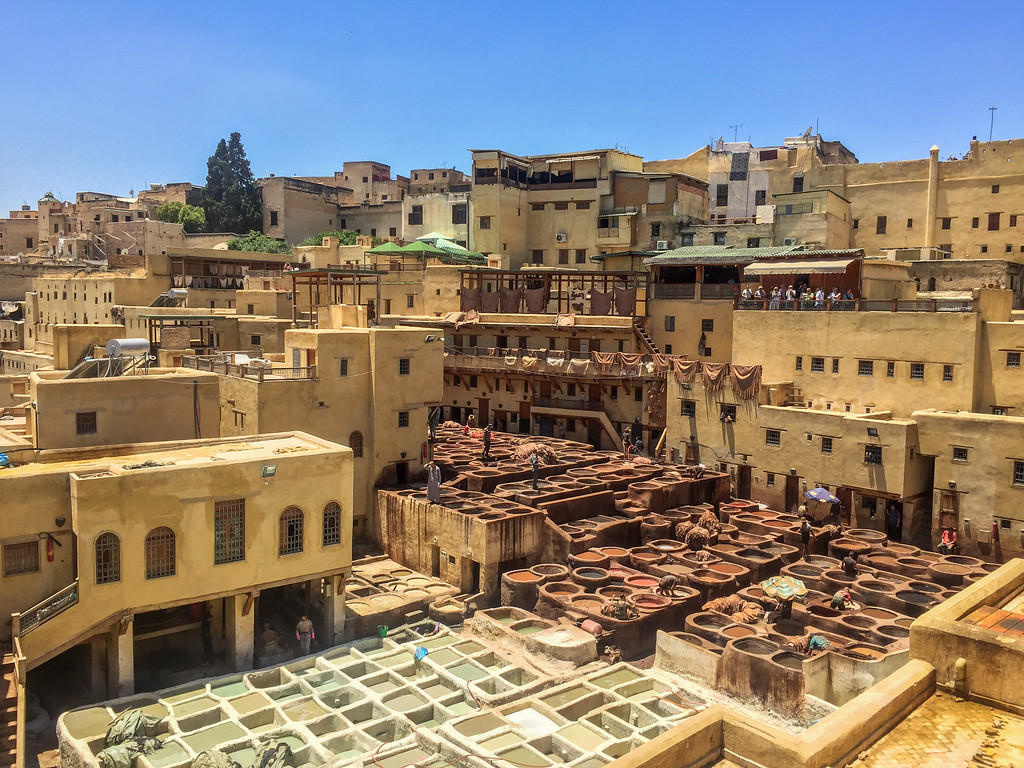 More than 12 million tourists visited Morocco in 2018, and their numbers are certain to increase in 2019. And why not? This North African kingdom calls up to most foreigners an image of medieval mosques, archaic bazaars filled with handmade crafts, and medinas—those labyrinths of narrow alleys behind ancient walls.

In Morocco, historic monuments seem as common as sparrows. This country has thirty-one medinas, or rather walled cities built in the premodern era. Of the twenty-two places in Morocco now considered or under consideration as UNESCO World Heritage Sites, twelve are medinas.

Other countries in Africa are larger than Morocco, which is the same size as California. Adjacent to Morocco, Algeria is Africa’s largest country. Algeria is more than three times Morocco’s size but has only half its number of UNESCO World Heritage Sites and places listed on UNESCO’s Tentative List.

Why does Morocco have so many historic old cities and UNESCO Heritage Sites? My research on Edith Wharton’s journey to Morocco in 1917 has allowed me to consider this question with great care.

Wharton traveled to Morocco five years after the French had set up the Protectorate, a colonial government. Hubert Lyautey was the Resident General, and he ruled Morocco much like a Roman proconsul. He invited the prolific and much celebrated U.S. author to Morocco as his guest. The subsequent publication of her travelogue In Morocco sheds light on the conservation of monuments.

When Wharton arrived in Morocco, the French had already classified more than fifty historic monuments in ten different cities. More than half were in the so-called imperial cities where Wharton traveled. Today, these cities—Rabat, Meknes, Fez, and Marrakesh—are all identified as World Heritage Sites by UNESCO.

French preservation projects generated an ahistorical narrative of a primitive Morocco. When Wharton traveled to Fez’s medina, she claimed to be “outside the bounds of time.” She described small shops, courtyard houses, and narrow alleys as she traversed the medina on the back of a donkey. “How associate,” she said, “anything so precise and Occidental as years or centuries with these visions of frail splendor.”

Maurice Tranchant de Lunel oversaw historic preservation in Morocco and accompanied Wharton on her Moroccan sojourn. In reading her book, it’s clear he did not convey to her the great effort to modernize the medina among local residents. Looking back now, I easily find documents in colonial archives provide ready evidence of urban modernization by Moroccans.

Tranchant de Lunel did not recount these changes, because, time and again, he and other French administrators stopped Moroccans from modernizing their houses and neighborhoods. A Parliamentary deputy in Paris communicated with the Director of Historic Monuments, afterward arguing colonial preservation projects showed “to indigenous people respect for the venerated monuments of their past, which legitimizes our domination.”  One colonial officer expressed the false notion that “Moroccans will live and will want to live in their casbahs and their old fortified cities.” Like other French administrators in Morocco, he advanced the belief that “indigenous cities will continue to shelter natives, who need not fear being transformed.”

And so, the French constructed—literally—a false historic narrative via preservationist policies. They denied local inventiveness and ignored modernization efforts. A colonial apologist, Wharton hints at this intervention. She boasted how the Resident General “require(s) that the native towns shall be kept intact, and no European building erected within them.”

Since the French blocked the modernization of Fez and other medinas, travelers continue to ascribe to Morocco the notion of an anachronistic place. We often hear echoes of Wharton’s mistaken views in The New York Times.  Echoing Wharton, one writer insisted, “traversing Fez is like stepping back in time.”

Abbie Kozolchyk recently traced places in Fez described by Wharton in her book In Morocco. Kozolchyk describes a moribund medina, picturesque but without evidence of progress. “From the crumbling mausoleums,” she writes, “to the minaret-spiked sunset, the overlook just outside Fez was almost exactly as my guidebook described.” She is, of course, correct, given how colonial administrators forced Moroccans to live according to their own misconceived notions of authenticity.

In French, they say, “plus ça change, plus c’est le même chose.” In Moroccan medinas, it is historically accurate to repeat, “the more things change, the more they stay the same.”

Monuments seem at first glance to provide immutable evidence of life in the past. But the case of Morocco reveals the French collapsing a true tale with the more convenient narrative if the past, one that served colonial institutions. Preservation legitimized foreign intervention, in part by assigning a certain backwardness among subject peoples.

UNESCO has unwittingly endorsed a colonial narrative in designating medinas like Fez as global patrimony.  This agency identified Fez as a World Heritage Site ten years ago. At that time, it produced a video presenting a romanticized view of the past. A British gentleman narrates it, stating, “The spirit and tradition of medieval Islamic society live on here in Fez.”

In the colonial era, a powerful image of Moroccan cities as vaguely medieval wonderlands took hold of the Western imagination, and this notion continues to be enunciated today.

Stacy (StacyEHolden.com) is an Associate Professor of History at Purdue University. Her publications illuminate everyday life in the Arab world. Stacy has been traveling to Morocco for nearly twenty-five years and made her home in Rabat between 1999 and 2002. Her current book project traces Edith Wharton’s trip to Morocco in 1917 as a way of exploring middle-age nostalgia for her own North African past. You can find her on Instagram @stacy.e.holden.