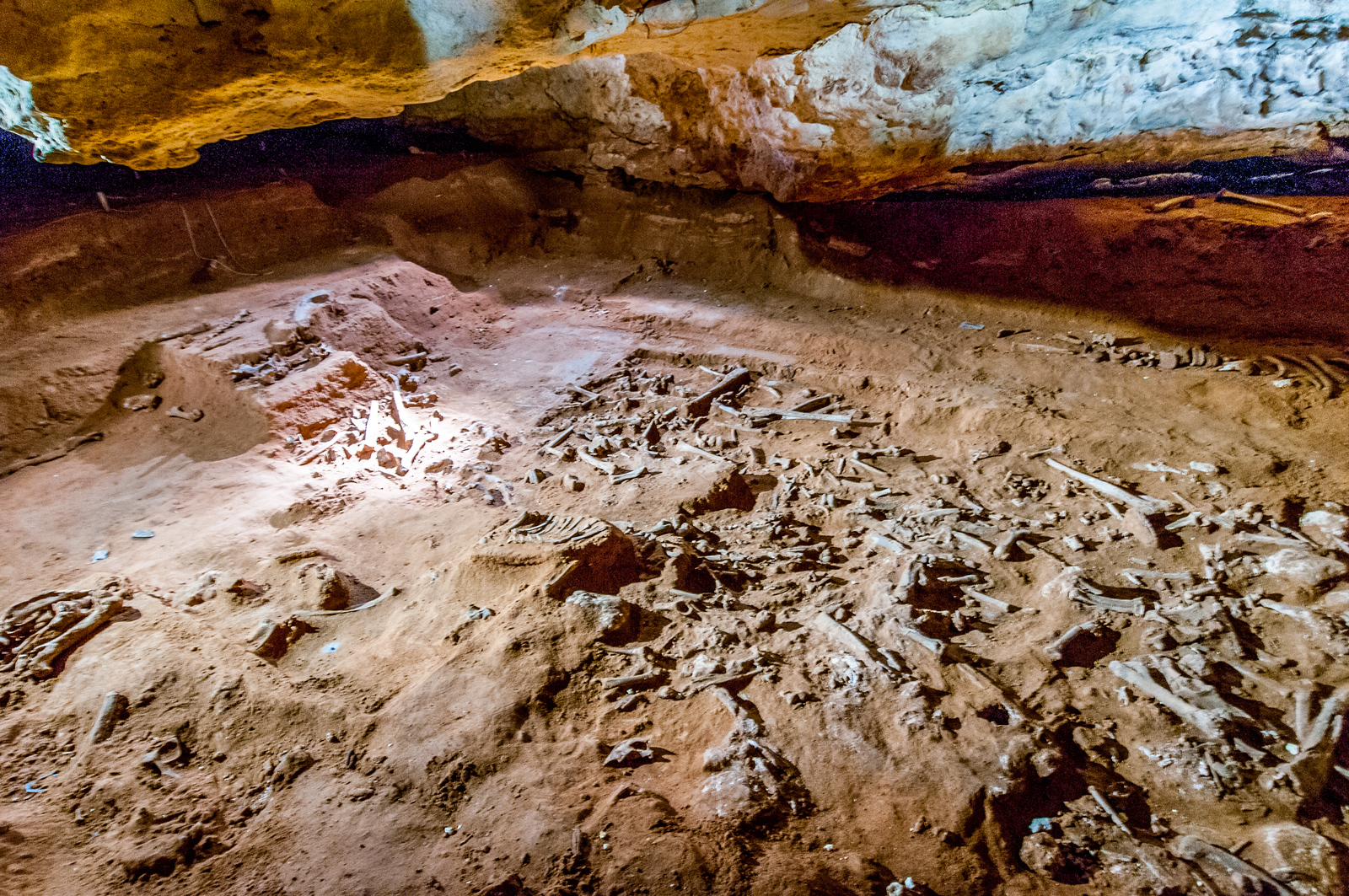 Australia is regarded as the most biologically distinctive continent in the world, an outcome of its almost total isolation for 35 million years following separation from Antarctica. Only two of its seven orders of singularly distinctive marsupial mammals have ever been recorded elsewhere. Two of the world’s most important fossil sites, Riversleigh and Naracoorte, located in the north and south of Australia respectively, provide a superb fossil record of the evolution of this exceptional mammal fauna. This serial property provides outstanding, and in many cases unique, examples of mammal assemblages during the last 30 million years.

The older fossils occur at Riversleigh, which boasts an outstanding collection from the Oligocene to Miocene, some 10-30 million years ago. The more recent story then moves to Naracoorte, where one of the richest deposits of vertebrate fossils from the glacial periods of the mid-Pleistocene to the current day (from 530,000 years ago to the present) is conserved. This globally significant fossil record provides a picture of the key stages of evolution of Australia’s mammals, illustrating their response to climate change and to human impacts.

This site is a serial site divided between Naracoorte Caves National Park in South Australia and the Riversleigh fossil site in Queensland. I visited the Naracoorte site, which is the more accessible of the two. It is located roughly between Adelaide and Melbourne in rural South Australia.

I have been to several paleontology/archeology sites during my travels and they usually share one thing in common: there isn’t much to see. The sites are significant because of what they found in the ground, but those things have long since been dug up and placed in museums. Some sites like the Sangiran Early Man site in Indonesia were very disappointing. Others, like the Messel Pit Fossil Site in Germany, at least provide a decent visitor center where you can learn about the discoveries which took place at the location.

Naracoorte, one-half of the Australian Fossil Mammal Sites, is the only fossil site I have ever visited where you can still clearly see in situ fossils in the ground! The Naracoorte caves basically served as a giant pit trap for animals for hundreds of thousands of years. Over that time animal bones piled up in such numbers that researchers haven’t found it necessary to dig up everything.

The visitor center in Naracoorte is also very good with recreations of the animals they found in the caves. If you ever wanted to know what a giant, meat-eating koala looked like, then you need to pay a visit.

The Australian Fossil Mammal Sites is a natural UNESCO World Heritage Site in Australia. This paleontological and geological formation is located in two different locations: one is in Naracoorte in South Australia and the other is in Riversleigh in Queensland. This site was inscribed by UNESCO in 1994.

The Australian Fossil Mammal Sites in Naracoorte and Riversleigh are two of the most important fossil sites from Australia, both of which are world-renowned. The natural value of these sites lies on their ability to showcase the key stages of isolated evolution in some of Australia’s unique fauna species.

About the Australian Fossil Mammal Sites

This is the first component to the UNESCO site Australian Fossil Mammal Sites in Australia. It is located within the Limestone Coast tourism region in South Australia’s south-east portion. It was officially recognized as part of a UNESCO site in 1994 due to the extensive record of fossils on the site. The entire park covers 6 square kilometers of remnant vegetation; meanwhile, there are 26 caves that are contained within 3 square kilometers portion of the World Heritage Site.

Aside from being known as part of the Australian Fossil Mammal Sites, this park is also a visitor destination. There are sites for caravan and camping grounds. In fact, there are accommodations nearby for those wanting to stay and explore for a few days. There is an extensive range of visitor activities to enjoy as well, such as show cave tours, adventure caving, and more. The park’s visitor center, the Wonambi Fossil Centre, is where you will find showcases of bones and fossils that have been recovered from the caves. These bones were of extinct animals.

This is the second component of the UNESCO site Australian Fossil Mammal Sites. It is located in North West Queensland. This site was recognized by UNESCO as a World Heritage Site because of the extensive collection of fossils from ancient mammals, reptiles and birds. According to archaeologists, these fossils can be traced back to the Miocene and Oligocene period.

Most of the fossils on this site were gathered from the limestone along with lime-rich freshwater pools. There were also some fossils that were collected on caves. There are about 35 fossils of bat species that were found from the site. This is the richest collection of ancient bat species anywhere in the world. Other fossils of extinct animals found on this part of the Australian Fossil Mammal Sites include the Tasmanian Tiger and Thylacinus cynocephalus.