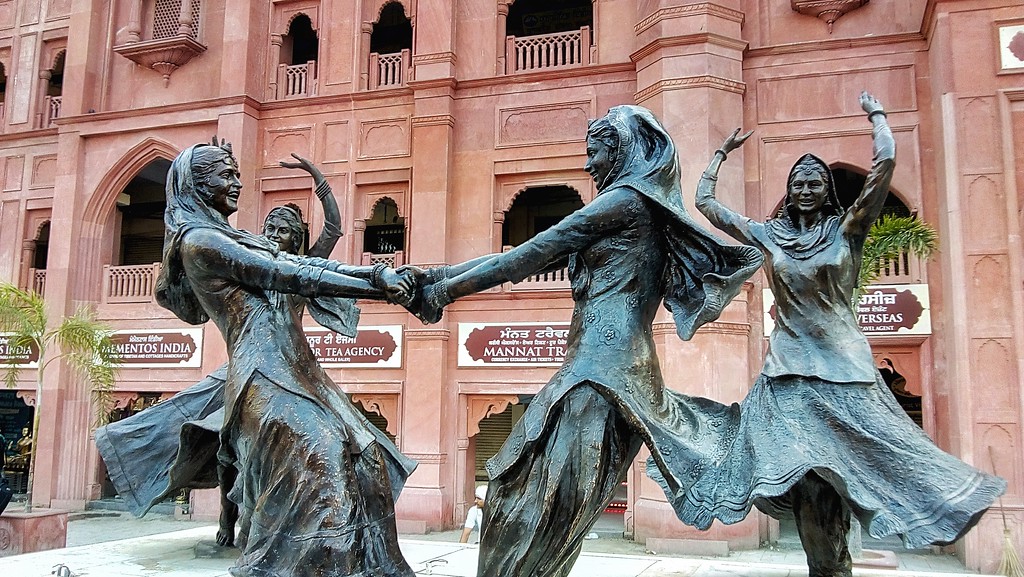 Amritsar is the most visited city in the northwestern Indian state of Punjab. The city is known as Holy City since it’s home to the Golden Temple religious complex (one of the most visited places in the world).

It’s the most important city in Punjab, and also the center of Sikhism. The Punjab region of India tells tales of various Sikh warriors, and one can feel their presence in every part of it.

Did you know India’s tallest victory tower is located in Punjab itself? That’s just the beginning. You need about three days in Amritsar (a minimum of two) to experience the fascinating Punjabi culture and history. Let’s dive into a full travel guide to visiting Amritsar, India—when to go, how to get there, and all of the best things to do and places to visit.

Best Places to Visit Around Amritsar

The Golden Temple of Amritsar is also known as Harmandir Sahib and Darbar Sahib. It holds religious importance as the eternal Guru of Sikhs is located inside the temple. It is called Golden temple in English because it is plated with gold. Initially, the temple was made of marble, it was only later that the entire temple was plated in real gold. The beautiful marble throughout the complex, along with a perfect blend of Hindu and Islamic architectural styles make the ambiance of the Golden temple very elegant and mesmerizing. This place is not only a prominent pilgrimage site of Sikhism but also a symbol of brotherhood and equality.

Location: Inside the Golden Temple.

There are many Gurudwaras in Amritsar city to visit. These are only the must-visit places in the city. Apart from the Golden Temple, Gurudwara Atal Rai Ji is also a Sikh temple worthy of exploring. This nine-story memorial was built between 1778 and 1784 in memory of Baba Atal Rai. Baba Atal had given up his body in the ninth year, which inspired the construction of nine storied Gurudwara. It offers panoramic views of the whole Amritsar city from the top.

Location: At the backside of the Golden Temple.

Amritsar is rich in architecture and full of history, all laid out among the old, narrow city streets. One can explore the traditional heritage of old Amritsar on a slow-paced, interactive heritage walk. This is a beautiful place that gives you a chance to know Punjabi culture through sculptures. There is also a good market area to buy almost anything as a souvenir. With many eateries and local street food available in the area, you can truly immerse in Punjabi culture.

Jallianwala Bagh is one of the best places to visit in Amritsar. It’s a public garden that houses a memorial of national importance. On April 13, 1919, British troops massacred unarmed Indians who supported Indian self-government. Around 1,000 people lost their lives, and hundreds of people were injured. This is an important memorial to an important event in Indian history.

The Hindu Temple is also known as Durga Tirath and Sita Mandir is an ancient temple located in Amritsar. This Hindu shrine was built in the architectural style of the famous Sikh Golden Temple and thus complements a visit to the more famous temple.

This Hindu Temple holds a great attraction in the form of a cave designated as Gufa Vaishno Devi Ji and dedicated to Goddess Vaishno Devi. Thousands of people visit it daily irrespective of religion, color, and creed. It is open from 5am to 11pm.

The Gobindgarh Fort is a unique live museum located in the center of the city Amritsar. It was earlier occupied by the Indian army, but since February 2017 it has been open to the public. This fort is dedicated to the life of Sikh warriors and was named after the tenth Sikh guru, Guru Gobind Singh.

This museum is dedicated to Sikh Empire founder Maharaja Ranjit Singh. It was he who played a decisive role in Indian history and called a lion of Punjab (Sher-e-Punjab). The museum displays the Sikh royal heritage through paintings, armors, and other historical objects.

The museum is a central repository of stories, documents, and materials related to post-partition riots following the division of British India into two independent countries: India and Pakistan. This is the first-ever museum that focuses on the stories, pain, and trauma of those millions of people who suffered the agony of partition in 1947.

Best Things to Do in Amritsar

Try the free meal, known as Langar in Sikhism, from the community kitchen in Gurudwara (Sikh temple). This meal is served in Gurudwaras every day without distinction of caste, religion, gender, economic status, or ethnicity. The meals provided in langar are vegetarian, consists of roti (bread), rice, daal (lentils), vegetable dish, and kheer (dessert).

Accept the Karah Parshad of Gurudwaras

Karah parshad is sweet, flour-based vegetarian food offered to all Gurudwara visitors as a blessing. This is regarded as a blessed food and should not be refused.

If you get a chance to visit Amritsar then your visit is not complete without tasting the best food in the city. A must-try dish is Amritsari kulcha, a dish made of maida bread filled with a spiced mixture of potatoes, paneer, and special masalas; it’s baked in a tandoor and served with butter or ghee.

Hall bazaar is the busiest market in Amritsar. If you’re interested in some sort of Punjabi culture and traditional attire then you must visit this market. For famous Punjabi Fulkari and Punjabi suits, visit Katra Jaimal Singh market in Hall Bazaar.

The Wagah border is a post between India and Pakistan, which is famous for its beating retreat ceremony every evening. The border is located 20 km from Amritsar and the ceremony starts before sunset and lasts for 45 minutes.

Things to Know Before You Go:

The best time to visit Amritsar is from November to March (winter season). This is the most pleasant time to explore the city in terms of weather. However, sometimes during the peak winter month of January, the temperatures drop to almost 0 ºC (32 ºF), which is a bit colder than some might anticipate.

Even so, summers in India are too hot to enjoy sightseeing, so don’t plan your visit in the scorching heat of summer (June), which is followed by a long monsoon season (July to October).

An international airport is located 11 km from the city center. It’s well connected to other cities in India, and also international cities. There are daily flights to and from Dubai, London, Toronto, and Tashkent.

The Amritsar railway station is well connected to all the major cities in India. One can reach it by train from New Delhi to Amritsar in approximately six hours—this is the best option for most visitors traveling to Amritsar.

Many bus services connect Amritsar and various other cities in India, which you will need to use if you cannot connect through New Delhi on the train.

Booking.com is the best option for finding great hotels in Amritsar for your stay.

The best areas to stay near—these are the best locations for convenience to the top sites and transportation—include the Golden Temple area, the Mall of Amritsar, Railway Junction, and the Amritsar Bus Stand.

Amritsar is a city full of unique flavors—this place never disappoints any visitor. From history lovers and devotees to foodies, culture buffs, and shopaholics, Amritsar is a place welcoming for everyone.

And if one gets a chance to visit India during “festival of lights” known as Diwali, Amritsar is the best place to experience the festival fervor since the Golden Temple is a surreal place to visit on Diwali eve.

Traxplorers are family travelers & explorers who travel with their kid and love to explore new places, cultures, historical sites. They are adventure seekers and always keen to explore off the beaten paths. They are the adventure planners in India and their blog offers a wide variety of adventure travel stories straight from their first-hand experiences. Do follow their travels at Instagram and Facebook.