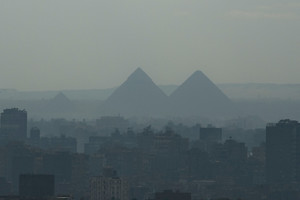 As I have mentioned many times, and will probably mention many times more, travel makes you perceive a place differently after you’ve been there. (Please read my 2009 essay on Travel and Tragedy and the corresponding quote from Adam Smith.)

Last week there were riots and political protests in Tunisia and I watched the events as a detached observer. I’ve never been to Tunisia and I don’t know any Tunisians.

Then the riots spread to Egypt and my attitude changed.

I spent almost a month in Egypt. I traveled from Cairo to Alexandria to Aswan to Luxor, around to Hurgada and up through Suez and St. Catherine’s. I got a good feel for the country. I’m not an Egypt expert by any means, I but I was able to see some things for myself. 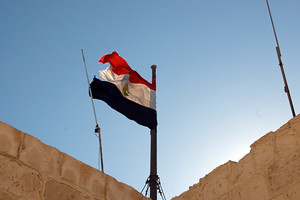 All of the above things have given me a perspective different than I would have if I had never been there. I’m guessing that many of you who have been to Egypt have similar feelings.

In a nutshell, I’m not really shocked by what is happening. Signs of discontent were everywhere when I visited. I had no idea something would be happening now, but I’m not surprised that something is happening.

It isn’t just Egypt of course. This effect kicks in any time something happens in a place you’ve been before. A place where you’ve met people and seen things first hand on the ground. Protests in Thailand, floods in Queensland, or even renovations in the Vatican all mean a little more to me having been there.

There are many reason to travel, but the empathy you develop for other places might be the greatest. It converts a news story from anonymous people in an unknown place to people with a face. Ultimately, if you want to understand the rest of the world, to really understand it, you have to visit it yourself.

That can only happen by traveling.

25 thoughts on “A Traveler’s View of Events in Egypt”