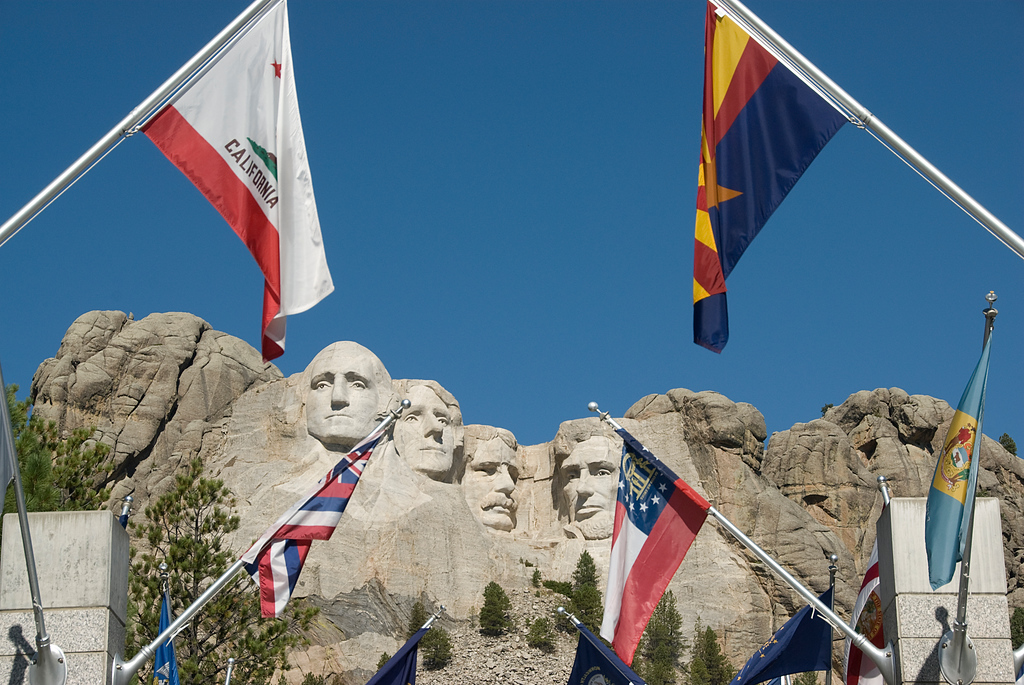 Being away from my home country for so long—I’ve been traveling the world since 2007—but it didn’t just amplify the pet peeves I had about America. This time away has also given me a greater appreciation of the things that are good about America. Whether you’re visiting the country or you lived here your entire life, here are seven things that are just downright awesome.

1. The First Floor is Floor Number ONE

I can’t tell you how dumb the numbering system is in on most foreign elevators. The first floor is actually the floor above the ground floor. Sometimes it’s even two floors up if there’s a half-floor!

I blame the British for exporting this nonsense. People have tried justifying this to me on Twitter and the fact remains that in the ordinal counting system, you start counting with 1, not 0.

As much as we might complain about the roads in America, we have it good. The Interstate Highway System is the most impressive network of roads in the world, if only because of the sheer scale of the project. It’s so impressive that I rated it one of my 7 Wonders of America.

Roads in Australia (which is about the same size as the continental United States) and even large parts of the Trans-Canada Highway, are two lanes.

Why? You can go north, south, east, and west all over the US on four-lane, divided highways with exit ramps. If you had enough fuel and didn’t have to sleep or eat, you could drive border to border (either north to south or east to west) without stopping. Even remote parts of the country have the same four-lane, divided highway with on/off ramps. Until I traveled the world, I didn’t realize how awesome this is and what an accomplishment it is for our country.

I give much of East Asia a pass on this one, but Europe is guilty. In most places in the U.S., you can find at least find a gas station or convenience store open at any hour of the day.

Good luck doing this in any major European city.

This is one of the many reasons why I’m more of an “Asia guy” than a “Europe guy” on my world travels. Despite our history, I find more and more things Americans have in common with Asia and less and less we have in common with Europe. And 24 hour stores is one of them. (I reserve opinions on Spain, because I have heard legends about how they are a late night people.)

America has some really batshit crazy people. There is nothing I like better than talking to the conspiracy guys when I’m in Dallas (they are there every single day), or walking around Venice Beach in LA. We have a spectrum of crazy that is not even approached in other countries. There is no cultural heritage that people feel like they have to conform to in the U.S. like they do in many other countries. And that is awesome.

Sure, you might see kids in some wild costumes in Japan, but there is a conformity to their rebellious dress. There is nothing special about crazy people per se, but they are the canary in the coal mine for the USA, and that’s a good thing. So long as we have the crazies, the rest of us are (relatively) safe.

I can’t describe how stingy the rest of the world is with soft drinks. Someone needs to tell them that the stuff is 99% water and it is almost all markup on the product. Moreover, they need to sell more fountain drinks and fewer cans and bottles. Outside of a few places in Australia, I can’t recall ever seeing free refills at a fast food restaurant anywhere in the world. Getting refills at a sit down restaurant is unheard of in most of the world. Couple this with the outrageous prices for soft drinks in most countries, and the U.S. is really a deal.

Now let’s talk about wifi. Driving around the U.S. over the years, I found lots of places offering free wifi. Most motels offer it, many restaurants and cafes do as well. It’s not too hard to find free wifi in any bit of civilization in the United States. Again, awesome.

But good luck finding this widespread across anywhere in Europe, Australia, or New Zealand. Now, since my travels first began in 2007 this has changed—but never to the level of the USA. I think this has something to do with the free refill thing. I’ve heard many people say that service in American businesses is better than in their overseas counterparts and I think providing free services like wifi and refills is part of it.

I’ve seen television all over the world and have had to listen to local popular music (and I’m not talking about cultural or world music here).

Most of it is really awful.

The bad original programs you see on PAX or CW would be winning awards in most countries. Production values, singing, and acting—almost all of it is across the board bad. Americans do TV and pop music well.

Perhaps it is a cultural thing, but I didn’t find a whole lot of humor in many other countries I’ve visited. It isn’t that everyone else is serious (although some are), but much of what they thought was funny really wasn’t very funny.

Think of the foreign films you’ve watched: How many of them are comedies? I can’t really think of any (the UK and Canada excluded from this, however). Even the shows I saw in Australia and New Zealand, both English speaking countries, weren’t that funny. Flight of the Conchords is not that funny. Japanese humor seems more goofy than funny. The French think Jerry Lewis is a genius . . . nuff said.

What did we miss—what do you love about America?

49 thoughts on “7 Things That Are Awesome About America”