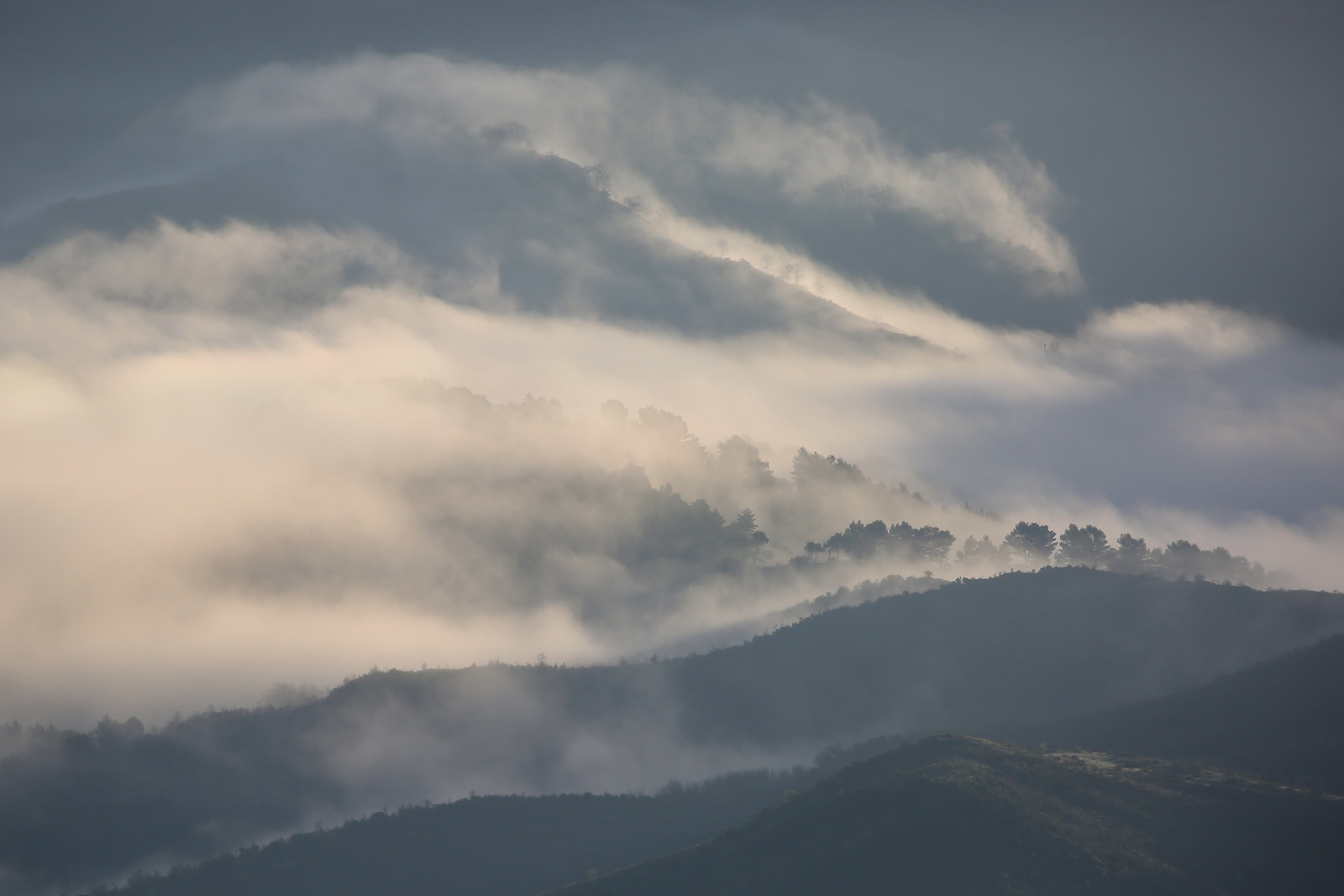 Nearly three decades since Albania started to put its communist history behind it, the country remains all but unknown known to tourists around the world. But there’s plenty for adventurous travelers to discover across the country, including photogenic mirror-like lakes, towering mountains, and sprawling forests that are free of crowds. The cuisine has a heavy Greek influence, the people are so friendly they’ll bring you their goats, dogs, and other animals to meet, and there are many intriguing historic sites too—from hilltop castles to underground bunkers.

The fact is there are dozens of reasons why you should visit Albania. But let’s dive into the five key reasons you’ll love traveling through this Balkan state.

Don’t leave home without your Bradt Travel Guide to Albania!

The warm welcome in Albania makes a big impression. That could be said of a lot of countries. In the last 20 or so years that I’ve been traveling the world as a journalist and photographer, I’ve yet to find a country that doesn’t contain friendly and welcoming people. One of the great things about a job where you travel the world is that you quickly realize there are good people everywhere, and that it’s possible to get on with people from every race, religion, and walk of life.

But the welcome does stand out in Albania. Perhaps because the country is still so off-the-radar in terms of international tourists (it has yet to become a member of the EU, despite the hopes of many Albanians to join) and people across the country are keen to have more people visit—they go out of their way to make travelers comfortable. The country is far from over-run with foreign visitors, so there’s still a natural curiosity among locals to meet and talk to tourists.

But above all, the reason to visit the country is because Albanians come across as naturally warm and friendly, ready to talk, laugh and share a glass of raki (brandy) with tourists.

I traveled through the country with a Light & Land photographic tour that I was guiding, along with photographer Paul Sanders. On the first day of our trip, walking around the markets in Tirana, the Albanian capital, members of our group were invited to join in with a game of dominoes between local men. That set the tone.

In the town of Leskovik, deep in the south of Albania, close to the border with Greece, a couple of boys we met opened the gates of their goat farm and let their animals run riot, picking out some of their finest animals and carrying them over on their shoulders to show us and pose for photographs. Elsewhere, when we stopped to photograph plum trees covered in white blossom outside the village of Mollas, local men came out to talk, while a local boy ran home and returned with a white puppy he wanted to show off.

Moments like that happened a lot. In the town of Gjirokaster, we set the photographers a challenge of going out to meet local people, whether a shopkeeper or stone mason or barber, and to return with their name and three different shots (portrait, context, and detail). As hoped, each member of the group came back not only with their photos but with stories to tell, having learned something about a local character or the history of the town.

Even on a ferry trip across Lake Koman, which locals use to get from Point A to Point B, we found people happy to be interrupted, to talk or to pose for pictures.

For travelers, that kind of openness is a big reason to go to a country. For travel photographers, it’s certainly not something you can rely on in every country and makes a big difference to the kind of photos and experiences you return home with.

2. You can explore the country’s Communist history.

Albania was a communist country until 1992—less than three decades ago. The Albanian Communist Party was founded in 1941 with Enver Hoxha as the leader. After WWII battles with Italian and German forces, the communists took control of the country, with the People’s Republic of Albania announced in 1946 with Hoxha as President and “Supreme Comrade.” (Memorials to those killed during the WWII conflict, including whole villages wiped out by Nazis, can still be found across the country.)

Over the decades, communist Albania formed alliances with Stalin’s USSR and later China, the Marxist-Leninist dictatorship of Enver Hoxha ruling the country with an iron grip until his death in 1985. Still fresh enough to remembered clearly by many Albanians, the “Communist times” are referred to often in the country, as well as being something the modernizing country is keen to put in their past.

One of the most interesting communist-era sites is a formerly top-secret atomic bunker in Tirana. The bunker was built as an underground shelter for high-ranking government officials in the case of a nuclear attack. It’s now, under the name of Bunk’Art, a cultural center with a mix of contemporary art and historical exhibitions about Albania, with small, stark rooms containing telephones with recordings of Hoxha or gas masks and other survival gear.

Hoxha’s regime lived in fear of invasion by both the Soviet Union and the United States, and there are other bunkers found across the country, from the banks of Lake Ohrid to the hills around Leskovik. Many of them look like thick concrete, functional takes on Hobbit houses if Hobbits were more concerned with nuclear war than orcs.

Elsewhere, you’ll find plenty of memorabilia in markets, such as green army caps with the red star logo.

Few people could pick Albania out on a map. It’s the kind of country that comedian John Oliver would mark up on a map on Last Week Tonight, only to point out it’s been in the wrong place, without anyone noticing. Ask most people questions about Albania and you’ll likely draw a blank. Few travelers have a sense of what there is to see and do in the country—let alone why the beauty is a main reason they should visit.

This was certainly the case with me, too, before my first visit. That makes it all the more surprising when you do visit and find so much natural beauty in the country.

Lake Komani in northern Albania, for example, is a peaceful way to spend a few hours, a ferry traveling across calm blue water, through green hills and tall grey cliffs rising up above the lake. But the journey to get there, too, a three- hour drive out from Tirana, is the kind of road trip where people spend every minute staring out of the windows, as each corner in the road brought another striking view.

The landscapes across Albania are diverse. In the east of the country, straddling the border of Albania and neighboring Macedonia, there’s Lake Ohrid, one of the oldest and deepest lakes in Europe, whose mirror-like still waters, framed by snow-capped mountains, make it a great place to watch a sunrise. Up in the north, there’s Valbona Valley National Park, a national park inside the Albanian Alps, with rushing rivers, thick forests and indomitable mountains looming over the valley, the whole area ripe for hiking.

If places like these were in Switzerland and Italy, they’d most likely be far better known, but they’re currently unheard of outside the country. The fact you can explore these places without crowds of tourists is a big part of Albania’s appeal.

Despite the beauty of the natural landscapes, there’s an austere quality to much of the architecture in Albania’s towns, cities, and villages. Much of that is a consequence of the country’s recent communist history. In the capital, Tirana—and in many of the towns across Albania—buildings often have a drab, functional quality.

Many buildings, factories and, in fact, whole villages across the country have also, in many cases, been abandoned and left to ruin. To many people, they might look like an eyesore. To creative, open-minded photographers, they offer a lot of opportunities for characterful pictures.

We spent a morning exploring the narrow stone streets of the semi-abandoned village of Qeparo, which had crumbly houses, as well as views out across a valley and tree-lined hills, and the abandoned houses on the outskirts of Erseke, where surrounding mountains were framed by wire-strewn gaps or “windows” in concrete walls. The abandoned nickel and aluminum plant and old Diesel railway engines and sheds at Prrenjas was another unusual location—free to walk around—that made for moody, atmospheric photos.

One of the most interesting locations is the abandoned army barracks at Porto Palermo, which were previously used to guard a secret submarine base, now acting as storerooms for locals to dry sage. Interior walls have been decorated with large, bizarre graffiti artworks, such as a topless man with a video camera for a head and a monkey on his shoulder—not something you see every day.

That said, there are plenty of beautiful buildings in Albania, especially religious buildings in this religiously diverse country. Bektashi Mosque in Tirana is just one example—go there when there’s no service happening, lie on the floor and look up at the incredibly ornate ceiling designs.

It became a recurring joke during our trip to Albania that anytime we wanted to grab a quick or light lunch, we’d arrive to a table laid out with a massive banquet, with bowls of hearty soups, plates of salads, trays of grilled meats, olives, cheeses, fish, meat stews and more—far more than anyone could finish. Just as you felt fit to burst, another course would be delivered, then another. When you were totally defeated, out came dessert.

Waiters and chefs across Albania are also very friendly, often giving you a playful nudge to eat more, mocking offense if any food is left on the plate.

Grilled meats are plentiful here and meat-lovers will find it one of the key reasons to visit. Albania also borders Greece, and there’s a lot of feta served in local cafes and restaurants; as a veggie, I often had a brick of feta on my plate, and in one incredibly homely restaurant, a huge feta pastry pie was presented to me.

For dessert, there’s often something sugary or honey-drenched, such as Albanian baklava with walnuts and honey.

More than any item of food, the traditional Albanian alcoholic drink raki, a type of brandy, is part of daily life in the country. Commonly drunk after meals or to unwind in the evenings, it’s not unusual to be offered a small glass in cafes by the owner, or to have a local person keen to have you sample their own home-made varieties, which range in quality and flavor. Sharing a couple of glasses of raki with locals is a fast-track to feeling the ‘warmth’ of an Albanian welcome.

1 thought on “5 Reasons Why You Should Visit Albania”