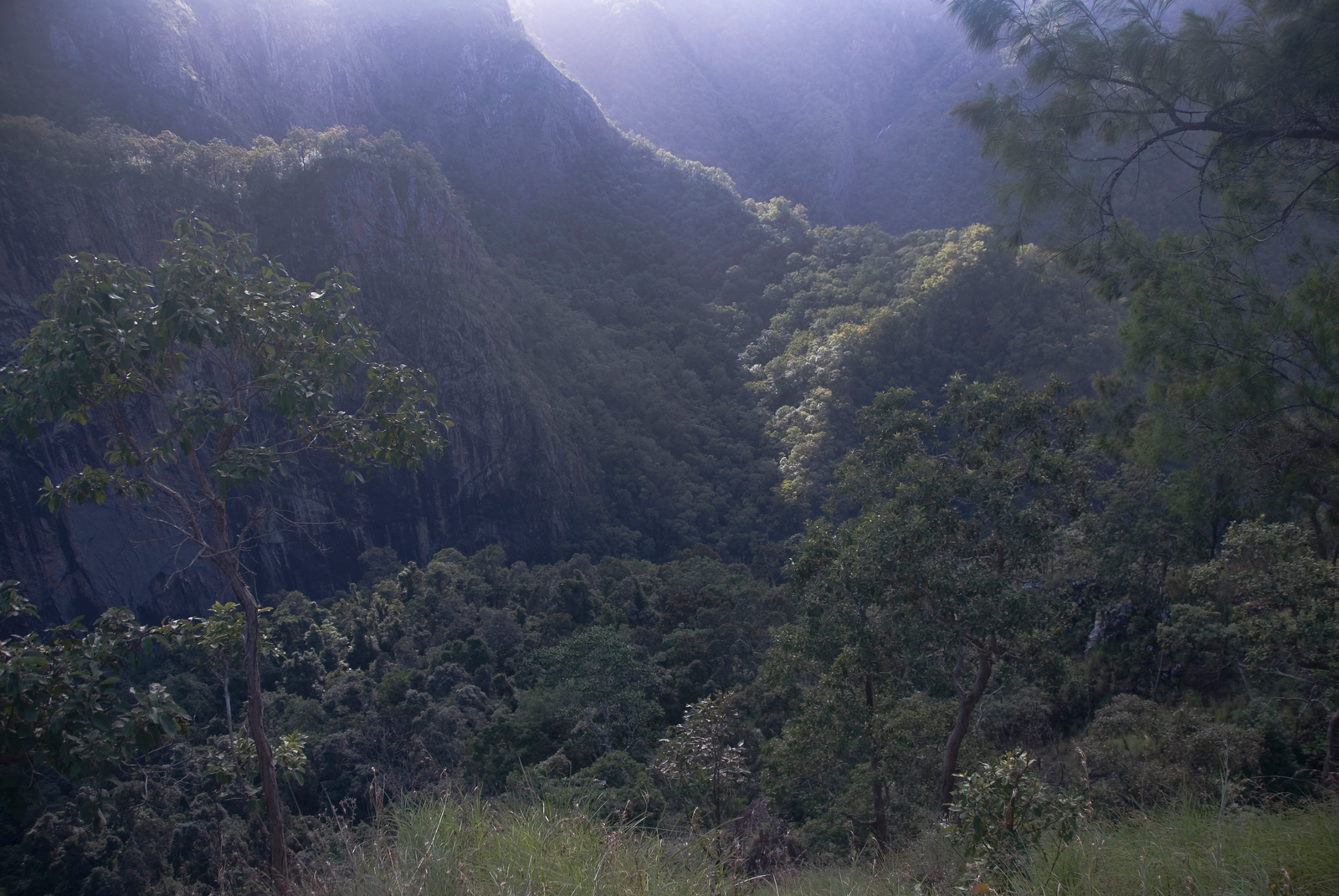 From the World Heritage inscription for the Wet Tropics of Queensland:

The Wet Tropics of Queensland, or Wet Tropics, stretches along the northeast coast of Australia for some 450 kilometers. Encompassing some 894,420 hectares of mostly tropical rainforest, this stunningly beautiful area is extremely important for its rich and unique biodiversity. It also presents an unparalleled record of the ecological and evolutionary processes that shaped the flora and fauna of Australia, containing the relics of the great Gondwanan forest that covered Australia and part of Antarctica 50 to 100 million years ago. All of Australia’s unique marsupials and most of its other animals originated in rainforest ecosystems, and their closest surviving relatives occur in the Wet Tropics. These living relicts of the Gondwanan era and their subsequent diversification provide unique insights in the process of evolution in general. They also provide important information for the interpretation of fossils of plants and animals found elsewhere in Australia, and about the evolution of Australia’s sclerophyll flora and marsupial fauna in particular.

The property supports tropical rainforests at their latitudinal and climatic limits, and unlike most other seasonal tropical evergreen equatorial forests, is subject to a dry season and to frequent cyclonic events. Many of the distinct features of the Wet Tropics relate to its extremely high but seasonal rainfall, diverse terrain, and steep environmental gradients. In addition to its complex array of species and life forms, the Wet Tropics is also recognized as an area possessing outstanding scenic features, natural beauty and magnificent sweeping landscapes.

Like the Gondwana Rainforests of Australia, the Wet Tropics of Queensland encompasses a large stretch of land along the coast of Northern Queensland. There are many places you can visit, the most popular ones being outside of Cairns. Cairns prides itself as being one of the only cities in the world which sits between two World Heritage sites: the Wet Tropics and the Great Barrier Reef.

I visited Girringun National Park which is one of the southernmost parks in the World Heritage Site. It is also the home of Wallaman Falls, the highest waterfall in Australia.

The Wet Tropics of Queensland is located in

Queensland’s Great Dividing Range. It consists of nearly 9,000 square kilometers of wet tropical forests. This site was declared as a natural UNESCO World Heritage Site in 1988. Meanwhile, it was recognized into the Australian National Heritage List in 2007.

Even before the UNESCO recognition, the tropical rainforests already gained international significance due to its natural values. The rainforest is believed to be the site of the complete record showcasing the various stages of evolution for plant life on Earth. Hence, there were previous efforts at preserving it within the international community.

Here are some of the basic facts you need to know about the Wet Tropics of Queensland:

The spectacular scenery and rugged terrain are the primary features of the Wet Tropics of Queensland. In between the rugged terrain are other interesting features such as waterfalls, deep gorges, and fast-flowing rivers. There are mountain summits within the heritage site that tourists can hike up to in order to get a bird’s eye view of the undisturbed rainforest landscape.

More than a beauty to marvel at, the rainforests in Queensland provide a natural habitat for a wide range of species (both animals and plants). There are approximately more than 400 species combined that thrive in the rainforests, most of them are either threatened or rare. Hence, the preservation of the tropical rainforest is more than just about conserving the landscape for future generations; it is also vital for the survival of these species.

The value of this world heritage area lies beyond the survival and habitat of various plants and animal species. It is believed that aboriginal occupation in the rainforest and surrounding areas were common and scientists believe it took place around 50,000 years ago. The fact that the early human settlers would choose the wet tropical rainforests of Queensland for settlement is not surprising given that there are plenty to sustain the hunting-gathering lifestyle of these prehistoric folks.

6 thoughts on “Wet Tropics of Queensland”