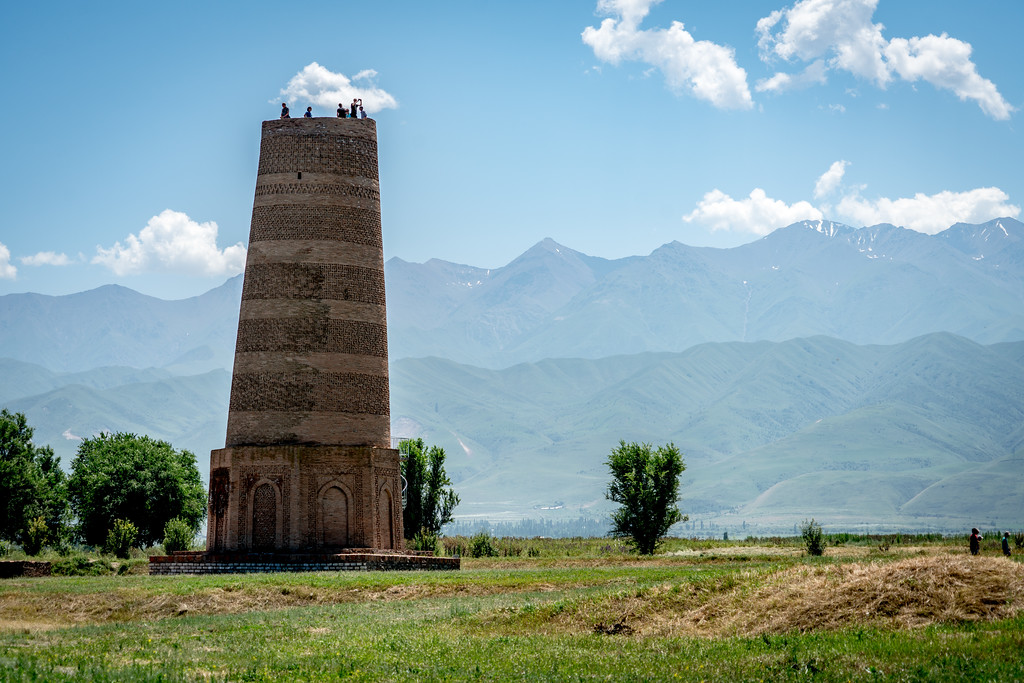 There are 3 UNESCO World Heritage Sites in Kyrgyzstan. Two of these sites are listed under the Cultural category and one is a natural site.

In 2014, UNESCO inscribed the Silk Road Historical Sites into its list of cultural sites. The route stretches for 5,000 kilometers in length starting from the China central plain region and ends in Central Asia’s Zhetysu Region. This particular listing spans several countries; it is also one of the UNESCO World Heritage Sites in Kyrgyzstan.

This historic silk trade route features a wide range of historical and cultural sites along its path. Some of these sites include ancient cities, ruins of capital cities, trading notes, architectural features such as temples and palaces, posthouses, beacon towers, great walls, old roads, forts, tombs and many more. In total, there are 33 sites that is encompassed within this particular UNESCO cultural site. This historic route was first established during the 2nd Century BC and was heavily in use until the 16th century.

The Sulaiman-Too Sacred Mountain is another entry of the UNESCO World Heritage Sites in Kyrgyzstan. The mountain is located in the city of Osh, which used to be a site for Muslim pilgrimage. Today, the rock formations of the Sulayman Mountain are a popular tourist attraction because of its splendid view. The mountain forms over the plains surrounding the Fergana Valley.

Many researchers and historians believe that this Sulayman Mountain is the “Stone Tower” that was referred to in Claudius Ptolemy’s book, Geography. The mountain marks the midpoint of the ancient Silk Road route, providing a link between Asia and Europe.

UNESCO notes that the mountain is the complete example of a sacred mountain in Central Asia, which was the center for worship for several millennia. In fact, at the highest peak of the mountain was built a small mosque in the 16th century. The mosque had undergone reconstruction in the late 20th century.

The property focuses on the Tien-Shan mountain system that rises to an altitude of up to 4,503 meters. The mountain range features a diverse landscape and a rich biodiversity. Hence, it is valuable not just to the region but also globally since it is home to a number of cultivated fruit crops. Aside from the crops and landscape, the forest types featured within this mountain range is also uniquely diverse.