The layout and architecture of medieval and Renaissance Bamberg exerted a strong influence on urban form and evolution in the lands of central Europe from the 11th century onwards. Bamberg is an outstanding and representative example of an early medieval town in central Europe, both in its plan and in its many surviving ecclesiastical and secular buildings.

The Counts of Babenberg had a castle on the hill around which Bamberg developed as early as the late Carolingian period. This became royal property in 906 and then passed to the Dukes of Bavaria. When Henry II, Duke of Bavaria, became King of Germany in 1007 he made Bamberg the seat of a bishopric, intended to become a ‘second Rome’.

It played a significant role as a link with the Slav peoples of Eastern Europe, especially in modern Poland and Pomerania. The town was laid out according to medieval planning rules as a cross, with the churches of St Michael, St Stephen, St Gangolf, and St Jacob at the four cardinal points. With the advent of Bishop Otto I it became the seat of a powerful Prince-Bishopric in the early 12th century. This marked the beginning of a period of great prosperity, as demonstrated by the lavish restoration of the cathedral in the early 13th century.

This prosperity continued into the later Middle Ages, being helped by the fact that it was the starting point for shipping on the Main, as well as a renowned cultural center. The late 17th and early 18th centuries saw a remarkable cultural flowering, represented by artists such as Dientzenhofer and Balthasar Neumann. This cultural role became even more important in the late 18th century when Bamberg was the center of the Enlightenment for southern Germany under Prince-Bishop Franz-Ludwig von Erthal. 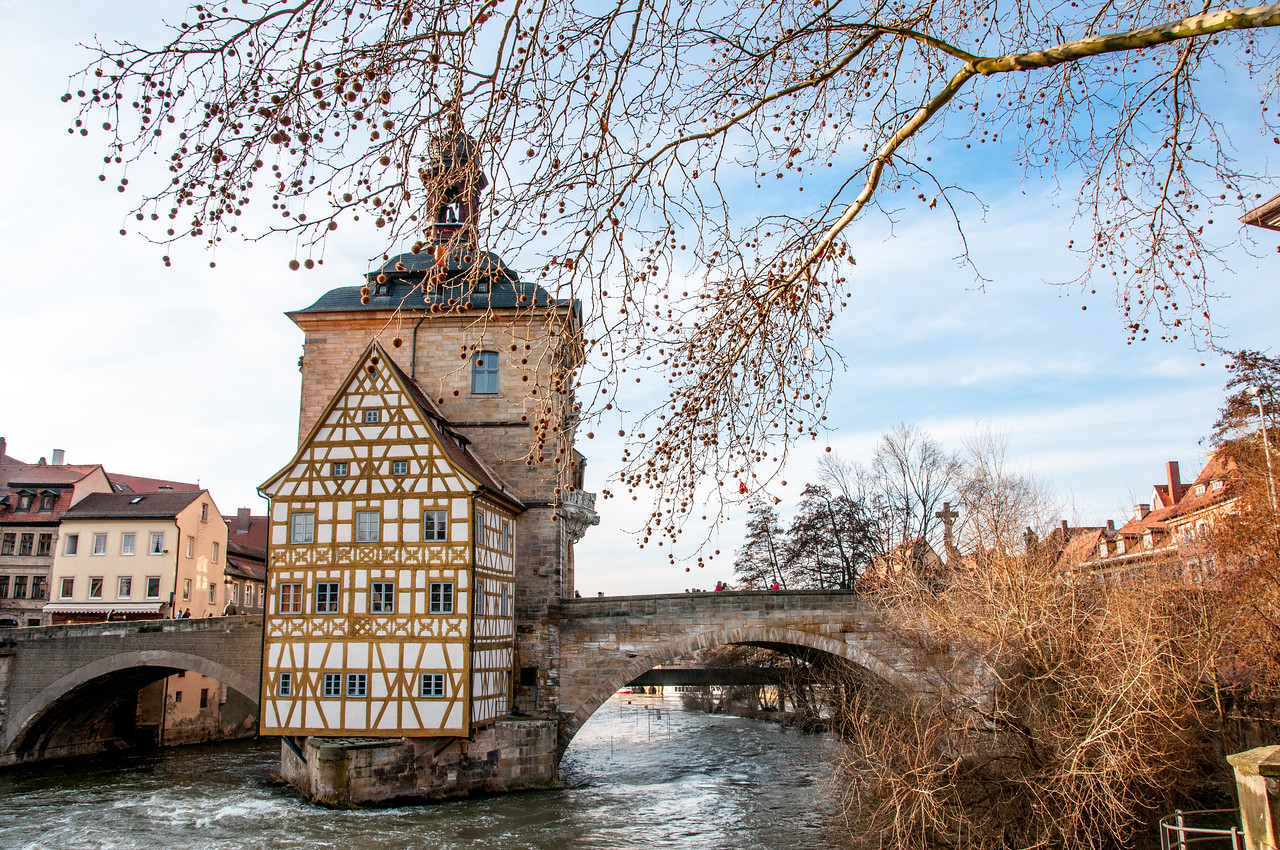 Bamberg was one of the highlights on my tour of German world heritage sites. It is a wonderful small town in Bavaria which is untouched by bombing in WWII. (WWII destruction, or the lack thereof, was a common theme for all the world heritage sites I’ve visited in Germany.)

In addition to the half-timber houses and medieval cathedral, Bamberg has one of the best town halls (rathaus) I’ve seen in all of Germany. It is situated on a small island in the river Main and is covered with murals.

Bamberg is one of the biggest beer brewing cities in Germany with 9 full-time breweries. The local specialty is a smoked beer made from smoked malt. It has a distinct scent of fried bacon.

Bamberg’s historic buildings have made it a prime movie filming location. The image shown above was seen in the movie “The Three Musketeers”.

If you want to visit a German city that has storybook Bavarian charm, Bamberg is one of your best bets. Everyone I’ve spoken to who has visited Bamberg has agreed that it is one of their favorite cities in Germany. It is also one of mine. 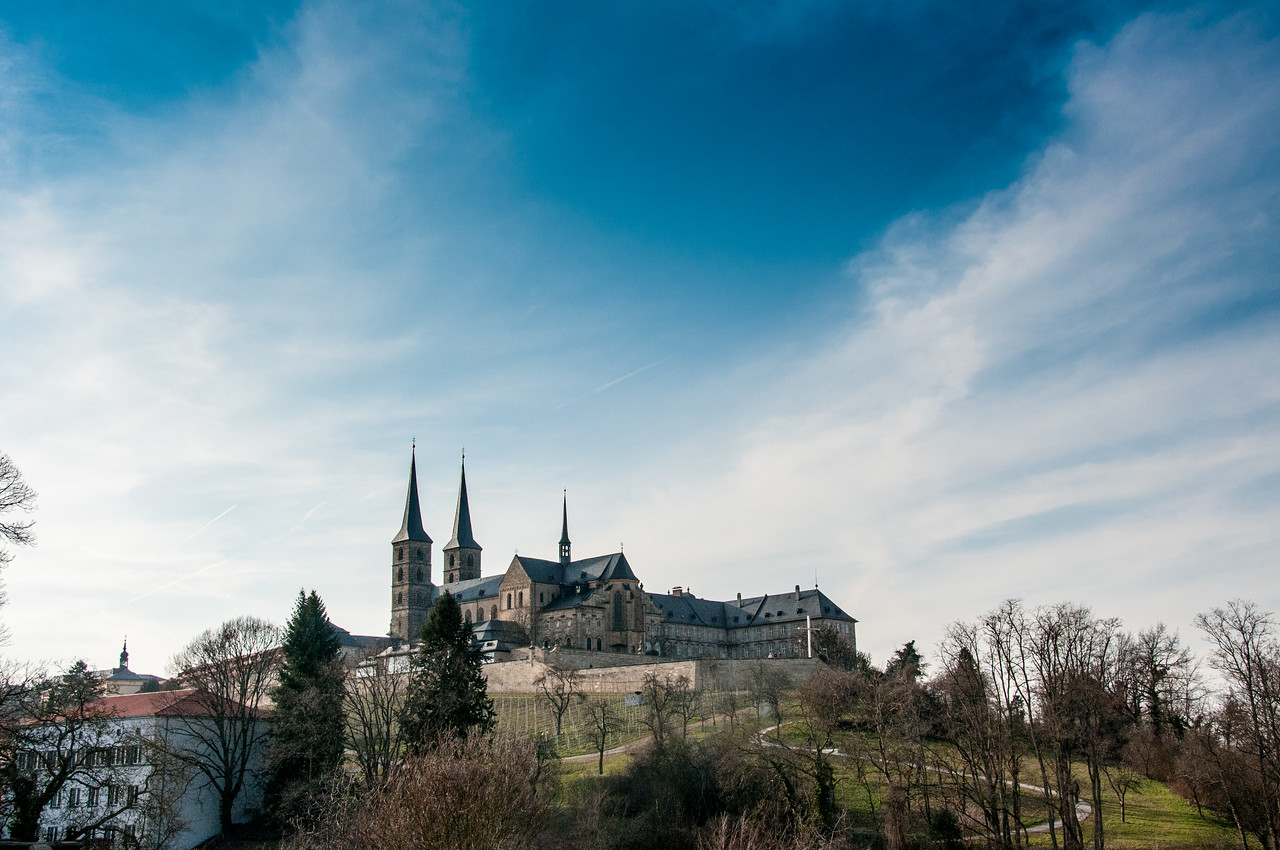 The Town of Bamberg is a cultural UNESCO World Heritage Site in Germany. It was inscribed in 1993 and covers a total protected area of 142 hectares. It has a buffer zone of 444 hectares. This German town was recognized by UNESCO as it provided an important link for the Slav people to those of Poland and Pomerania during the 10th century. The town experienced great prosperity during the 12th century onwards and it is heavily evident in the architecture of Bamberg. In addition, the architectural style of Bamberg influenced that of northern Germany and Hungary.

About Town of Bamberg 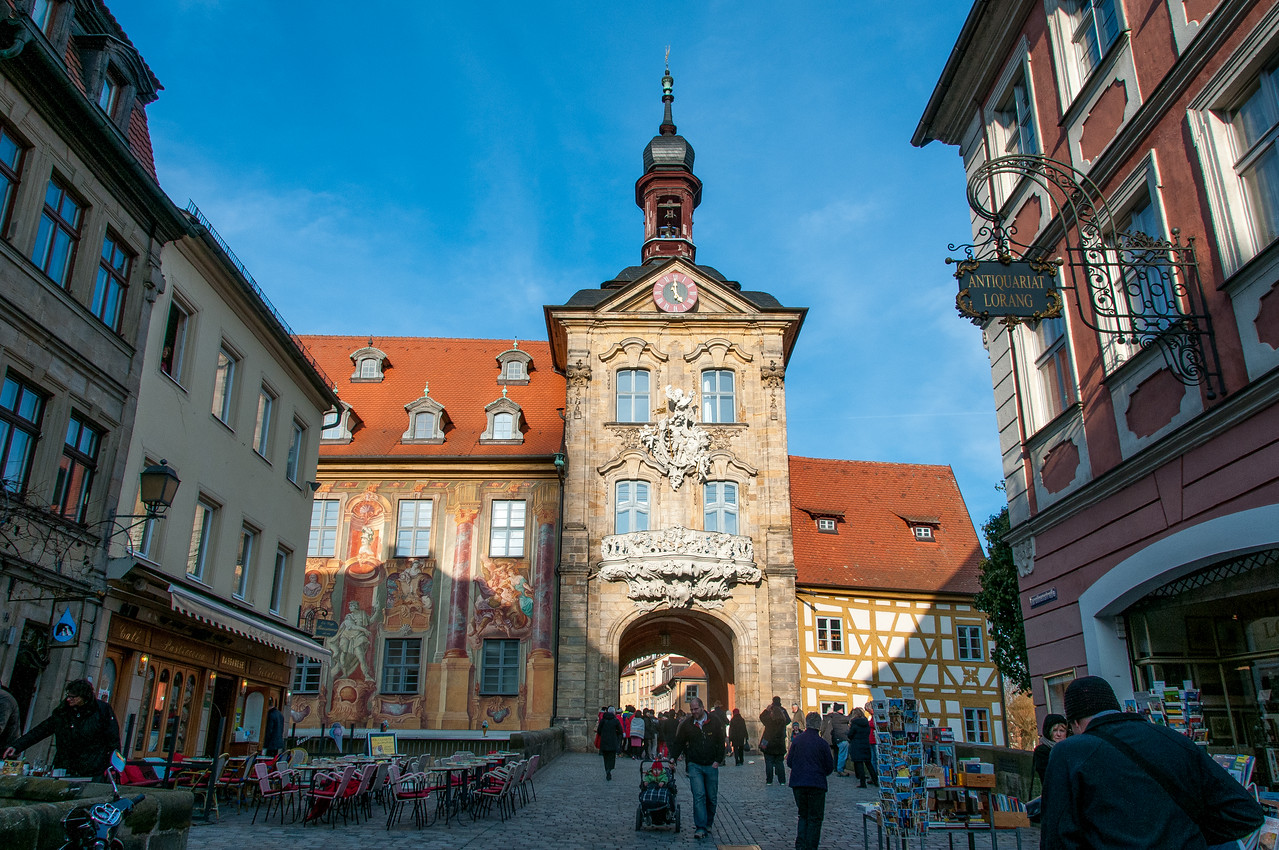 Bamberg is located in southern Germany in the northern part of Bavaria. The Town of Bamberg is the best example of a Central European town. It follows the early medieval plan and consists of many secular and ecclesiastical buildings that have remained intact since the medieval period. During the time of Henry II, he made Bamberg the seat of a bishopric. The plan was to make Bamberg the ‘second Rome’. Aside from the medieval buildings and structures (which is typical of a medieval town), the most unique feature about the town of Bamberg is how it links the agricultural and urban center of the town.

There are three settlement areas that are found within Bamberg and they are all in a well-preserved state. In fact, the town has remained intact with no significant development that could undermine its cultural significance or value. The three historic areas have not only retained their medieval features but it expresses the uniformity in terms of the level of conservation for all parts of the town of Bamberg. 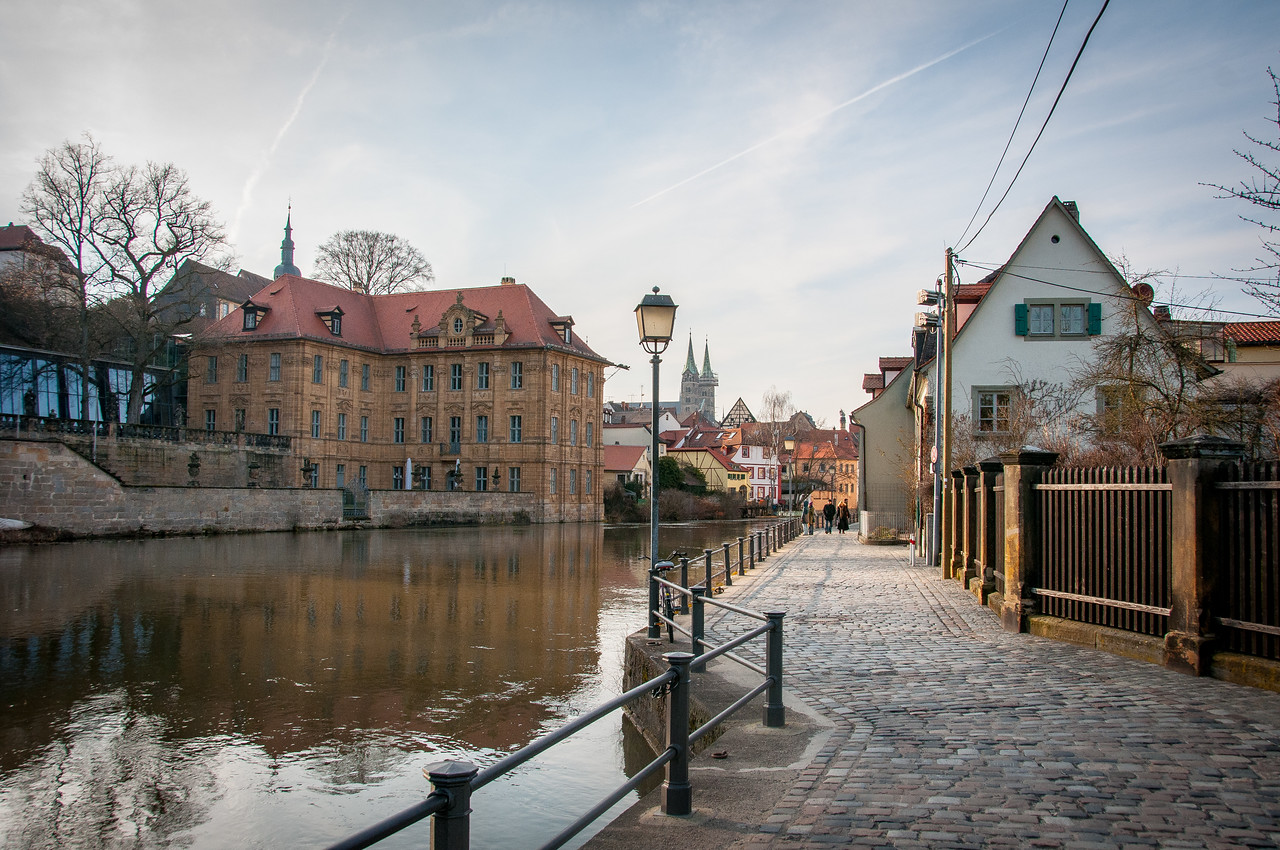 The Old Town of Bamberg consists of several well-preserved structures that give it an authentic medieval appearance. Below are the main sights to explore when visiting this old town:

2 thoughts on “Town of Bamberg”