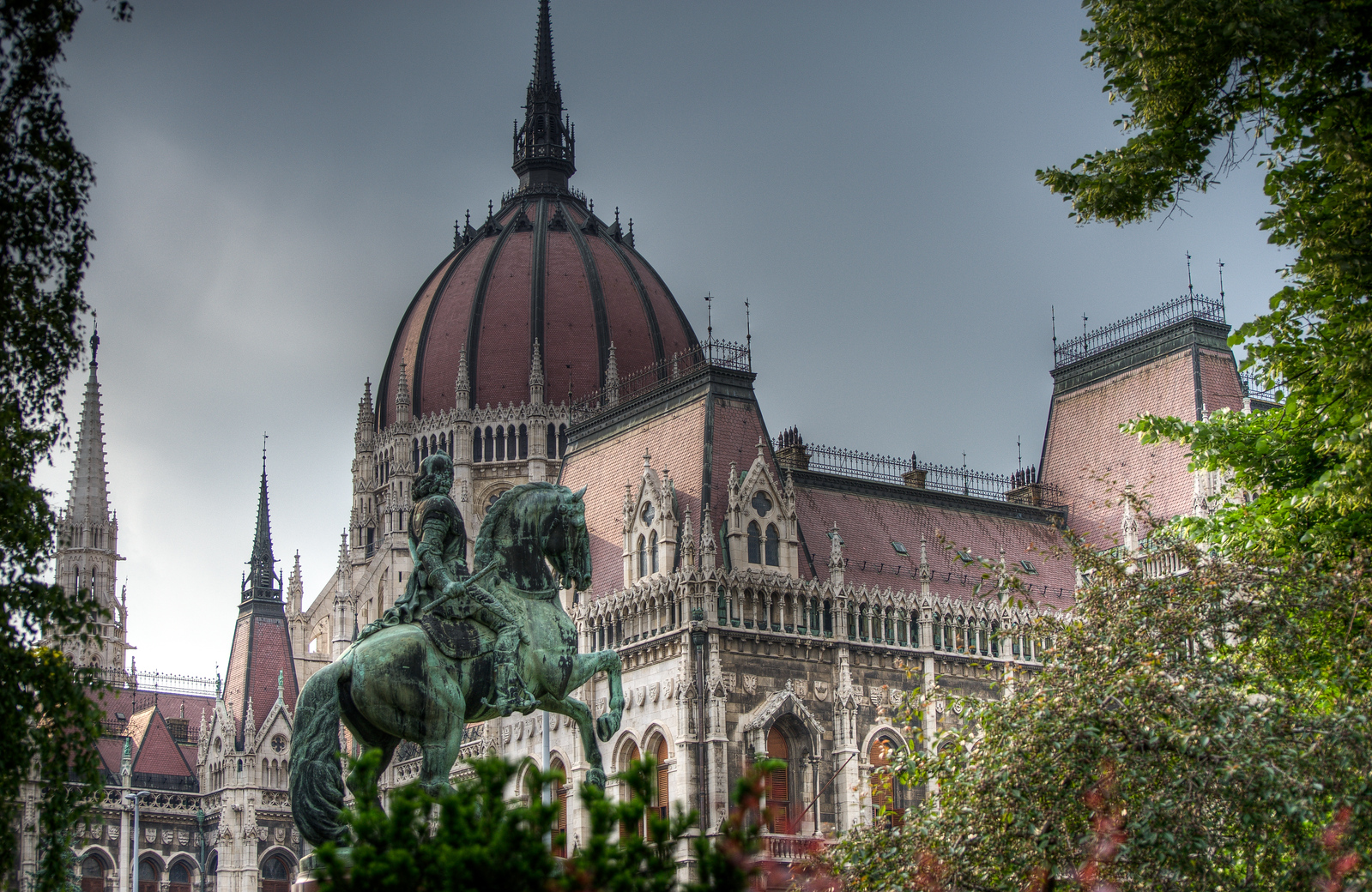 From the Budapest, including the Banks of the Danube, the Buda Castle Quarter and Andrássy Avenue World Heritage inscription:

This site has the remains of monuments such as the Roman city of Aquincum and the Gothic castle of Buda, which have had a considerable influence on the architecture of various periods. It is one of the world’s outstanding urban landscapes and illustrates the great periods in the history of the Hungarian capital.

I spent several days in Budapest but I’d go back in a heartbeat. I feel like I barely scratched the surface of the city. Central Europe was a part of the world that I never learned much about in history class. Hungary was in WWI and the Soviet Block and that’s about it. This is a very rich city in terms of culture, history, and architecture. The goulash isn’t bad either.

Budapest, including the Banks of the Danube, the Buda Castle Quarter and Andrassy Avenue is a world heritage site in Hungary. This property covers more than 473 hectares in land area and was inscribed into the UNESCO list in 1987. The site is culturally significant because it contains the remains of important monuments in the city such as the Gothic castle of Buda and the Roman City of Aquincum. These structures are just two of the architectural features within the city that significantly impacted the architecture of Budapest in the succeeding decades and periods. In addition, Budapest features one of the world’s most outstanding urban landscapes that showcase the history of the Hungarian capital.

In 2002, the areas that comprised this UNESCO property were extended.

About the Banks of Danube and Budapest

The history of settlement along the banks of the Danube River date back to the Palaeolithic period. During this time, the city was known as the Roman City of Aquincum. This ancient city is located in the northern part of the currently inscribed UNESCO site, wherein it is made up of two originally separate cities: Buda and Pest. Pest was known as the first medieval urban center in the area at this time, however, it fell into ruins from 1241 to 1242. Meanwhile, the construction of the Buda Castle was commissioned for by King Bela IV. This ancient city showcases the history of the Hungarian monarchy.

By the 19th century, the Hungarian Academy was established and it further cemented the role of the city as the country’s capital. The neo-gothic Parliament building was constructed thereafter. In 1849, the WT Clark suspension bridge was constructed and it re-unified Buda and Pest. To complete the unification of the two cities and to establish it as a modern metropolis, the radial Andrassy Avenue was developed. This transformed the urban structure of the city and the development just took off from there.

Budapest is one of the most culturally diverse urban landscapes in Europe. It became the center for disseminating cultural influences and became the symbol of urban development in this part of the region. The city has remained resilient despite several periods of devastation. Despite the development, Budapest has also retained the structural characteristics that were unique to the old cities of Buda and Pest.

Budapest, including the Banks of the Danube, the Buda Castle Quarter and Andrassy Avenue is a packed UNESCO site filled with many sights to see and explore. Tourists can visit each of these sites to get a glimpse into the history and evolution of the city of Budapest. Furthermore, you can get a first-hand experience of the beautiful Gothic and Medieval architecture of this urban center.

Below is a list of the must-visit structures and monuments in Budapest, including the Banks of the Danube, the Buda Castle Quarter and Andrassy Avenue:

4 thoughts on “Budapest, including the Banks of the Danube, the Buda Castle Quarter and Andrássy Avenue”