From the Portovenere, Cinque Terre, and the Islands World Heritage inscription:

The Ligurian coast between Cinque Terre and Portovenere is a cultural landscape of great scenic and cultural value. The layout and disposition of the small towns and the shaping of the surrounding landscape, overcoming the disadvantages of a steep, uneven terrain, encapsulate the continuous history of human settlement in this region over the past millennium.

The towns of Cinque Terra are just beautiful. If you are ever in the neighborhood of Pisa or Genoa, you should consider making a trip there. You can visit the five towns by train, by boat or even on foot. It was the highlight of my recent cruise around Italy and would highly recommend it to anyone visiting Italy. It might not be as sexy as some of the other destinations in Italy like Rome, Florence or Venice, but it has its own unique charm. Try to avoid arriving on a day with cruise ships or show up before 10 am or after 1 pm to beat the crowds.

Portovenere, Cinque Terre, and the Islands (Palmaria, Tino, and Tinetto) is a collective property listed as one of the cultural sites recognized by UNESCO in Italy. This site was inscribed in 1997. This cultural landscape is considered of universal and cultural significance as it showcases how the impact of human activity transformed the steep slopes of the Ligurian Coast. Specifically, these steep slopes are heavily planted with agricultural products such as olive trees and vines.

The entire property covers up to 15 kilometer stretch along the coast starting from Cinque Terre to Portovenere. The three islands of Palmaria, Tino, and Tinetto are also included within the world heritage property.

Portovenere is a small town located on the Ligurian Coast of Italy. There are three villages that make up this town, which is included in the UNESCO World Heritage Property: Porto Venere, Le Grazie, and Fezzano.

Like the other towns included in this UNESCO property, the beaches in Portovenere are popular with tourists. In addition, it features a typical Mediterranean climate. There are several notable tourist attractions in Portovenere, aside from the beaches, which include the Gothic Church of St. Peter, St. Lawrence Church, Doria Castle, Byron’s Grotto, and the medieval nucleus in Le Grazie.

Cinque Terre is one of the most popular tourist destinations in Italy. On top of that, it is one of several properties comprised in the UNESCO site, Portovenere, Cinque Terre, and the Islands (Palmaria, Tino, and Tinetto). This area represents a rugged portion of the coast near the Italian Riviera. There are five villages that makeup Cinque Terre: Riomaggiore, Monterosso al Mare, Manarola, Vernazza, and Corniglia. The five villages and the coastline, together with the hillsides, are part of the Cinque Terre National Park, and the UNESCO property.

The carefully built terraces on Cinque Terre are a showcase of human ingenuity. Despite the rugged and steep landscape, humans were able to produce a village and make agricultural produce despite the challenges of the landscape. Another thing that makes it very charming and appealing to tourists, and also crucial in it being named as a UNESCO site, is the lack of corporate development in the area. The paths and terrains that are utilized by the villagers were all created by its human settlers in an effort to develop a living community that adapts to its environment. 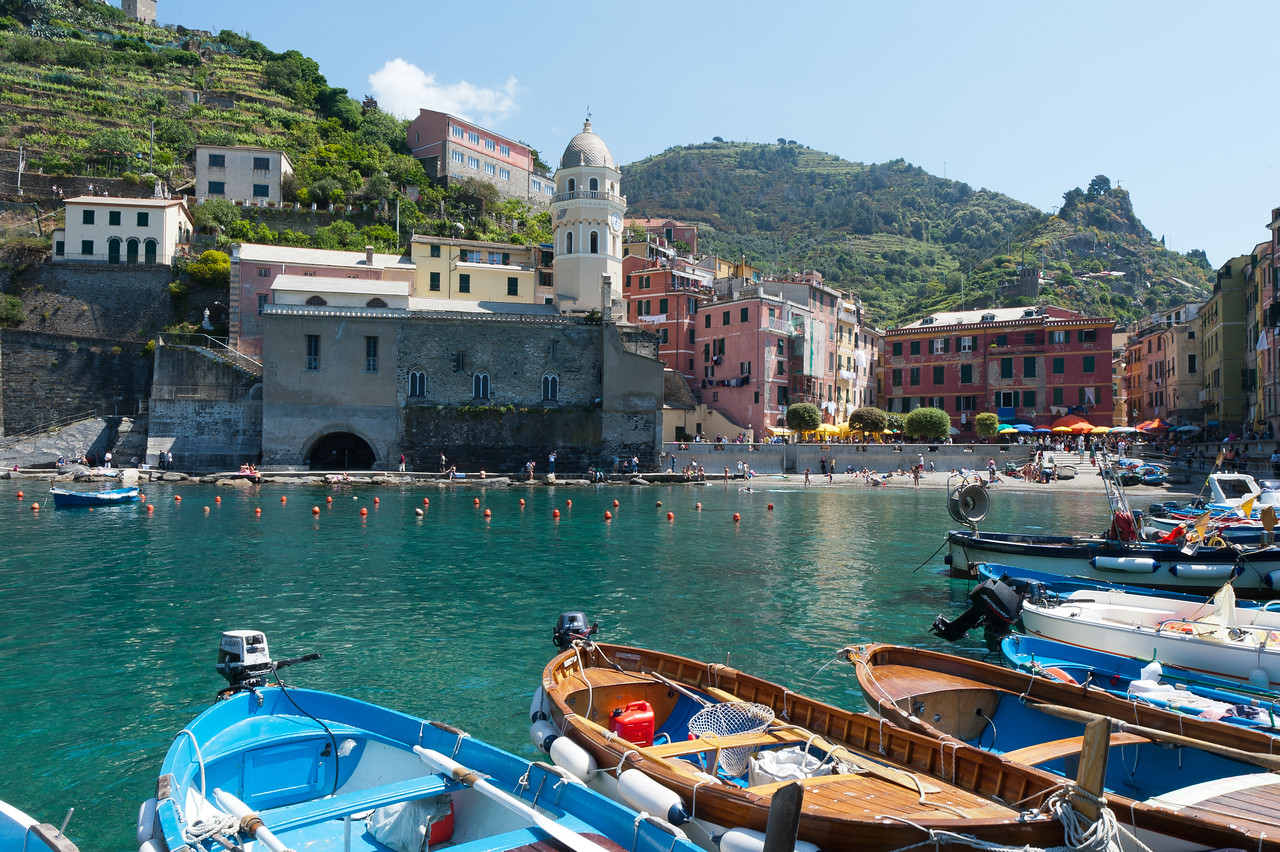 The islands of Palmaria, Tino and Tinetto are part of the UNESCO World Heritage Site that includes Cinque Terre and Portovenere. Although these islands are considered as one unit, each of them has their own majestic history and rich culture to boast. Each of these islands is visited by thousands of tourists per year.

Tino is only open to visitors during the month of September as it is located on a military base and is therefore off-limits to tourists on most parts of the year. Within the island, visitors can find castle ruins and other monuments. In Tinetto, there are several churches and ruined churches to explore. It reflects the religious culture of the people that inhabit this island.

Palmaria is the most popular of these three islands. This island is best known for its beaches and the ocean that offers perfect condition for swimming, snorkeling, and diving. There are also trails within these islands that while may be steep are prized for the amazing views of the sea and coast.

10 thoughts on “Portovenere, Cinque Terre, and the Islands of Palmaria, Tino & Tinetto”