Tule Springs Fossil Beds National Monument in Nevada is one of the newest additions to the National Park Service, having been established in 2014 as a national monument. Given its recent addition to the park service, the site is still underdeveloped and there is little in the way of interpretative or visitor services. It is one of four National Park Service Sites in Nevada.

Tule Springs was created as a national monument primarily because of a large number of fossils dating back to the last ice age which can be found on the site. The site is an ancient riverbed, so many bones and fossils were washed into the area. A park ranger told me that while digging a hole for an electrical pole, thousands of fossil fragments were found in the single hole that was dug. Because it was a former riverbed, the fossils which are there tend to be small and fragmented, not large intact skeletal remains that can be found in other paleontology sites. Nonetheless, evidence of large mammals can be found on the site including lions, mammoths, camelops, saber-toothed tigers, bison and wolves.

Prior to the creation of the national monument, the area was used by locals for dumping, shooting and for off-road vehicles. As a result, you can still find a great deal of litter in the area, far more than you will see at most national park service sites. It is expected that this will be cleaned up over the next several years. 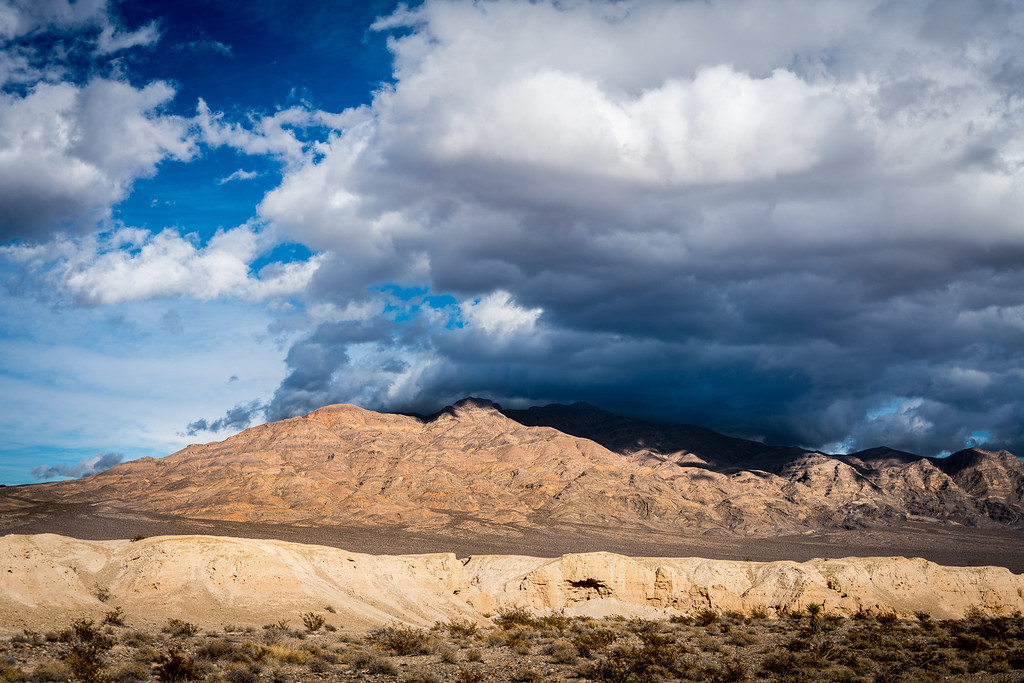 The site is very easy to reach if you are in Las Vegas. From the Strip, take I-15 north to Highway 95 north. Exit Highway 95 on Durango Drive and go north. At the end of Durango Drive, when you can’t go any further, you will find a small parking lot and small signs for Tule Springs Fossil Beds National Monument. Everything north of the parking area is part of the national monument. 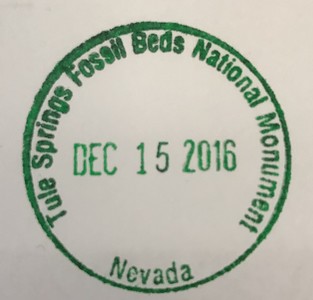 The monument has no formal operating hours and it is accessible 24-hours a day. Likewise, there is no entry fee and there is no park staff located on site.

There is also no formal visitor center for the site as of yet.