This Saturday I’m flying to Acapulco, Mexico. I’ll be there a few days before sailing on the Queen Elizabeth up to Los Angeles as a guest of Cunard Cruise Lines.

Not surprisingly, almost everyone I’ve told mentioned something about crime, murders, drug gangs, or beheadings.

Almost all the news coming from Mexico lately has been bad. It seems the only thing you hear about is violence, kidnappings and drug lords running wild.

So am I crazy for going to Mexico?

Over the last four years I’ve been to about 80 countries depending on how you define the term. Five of those countries were on the US State Department travel warning list when I visited: The Philippines, Indonesia, Thailand, Israel, and Mexico. (Thailand and Indonesia are no longer on the list) In addition to these places I’ve been at the Thai-Cambodian border while the two countries were fighting and I visited Port Moresby, Papua New Guinea a week after it was named the #1 Hell On Earth. I was also in East Timor the day of the assassination attempt on the President and Prime Minister.

I mention this not to brag or to make it sound like I’m some super traveler who doesn’t fear danger. Quite the contrary, I have no desire to become a martyr to the cause of travel blogging. (I often joke that getting kidnapped would be the greatest thing I could do to boost the traffic to my site. I do, however, value my life more than I do pageviews.) I mention it because all of the places I visited that had travel warnings seemed quite pedestrian. Even when I was standing between several hundred Bangkok police officers in riot gear and several thousand redshirt protesters, I never really felt any immediate danger. 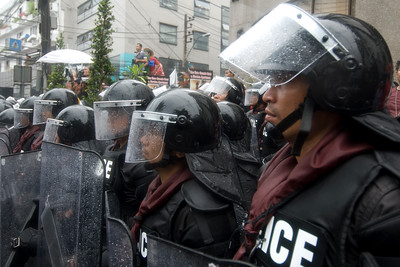 Both the media and the government paint with a very broad brush. When something happens in Nuevo Laredo, it doesn’t happen in Nuevo Laredo, it happens in Mexico. All of Mexico is lumped together with things which might be happening in certain cities or regions. The make no distinction between the north and south

In early 2010 I was in Bangkok during some of the protests that were going on. During that time, travel legend Arthur Frommer wrote a blog post suggesting that travelers should stay away from Thailand. The problem was, protests weren’t occurring all over Thailand, they were only occurring in Bangkok, and even then, they were only occurring in certain sections of Bangkok. If you weren’t in that area, you’d have no clue that anything was going on. Thailand is a pretty big country and what goes on in the capital is not representative on what goes on elsewhere.

The same is true with almost every country on the list. There certainly are places you probably should avoid, but that doesn’t mean you should paint the whole country with a broad brush. If you apply the same logic to the United States, people should avoid Des Moines because of crime in Detroit. It makes no sense. The only reason we accept that sort of thinking for foreign countries is because we aren’t as familiar with them. 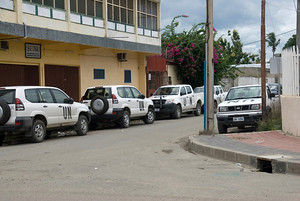 The Philippines are a great example. In the south near Malaysia, there have been cases of violence with Muslim separatists. Political violence in some areas has also been noteworthy and it has one of the highest murder rates for journalists in the world. That is what you hear about on the news. However, the northernmost province of Batanes has a crime rate of zero. ZERO. The police complain of having nothing to do and if you lose an item it will usually be taken to the radio station to find the owner.

Batanes and Mindanao are part of the same country, but culturally and physically they are hundreds of miles apart. Yet, when you hear of problems in “The Philippines” everything gets lumped together.

The government has an incentive to be conservative in its warnings. If someone has a good time on their vacation, no one will hear about it. If someone gets killed, then it gets on the news. It is in their interest to overstate the dangers of a place.

For example, as I write this in January of 2011, the US State Department has a generic, vague travel advisory for the entire continent of Europe. Basically, something might happen somewhere in Europe at sometime. They issues things like this to cover their ass. If something happens they can say they warned people. If nothing happens, no one will care or remember.

There are plenty of places I have no desire to visit. Anywhere that is an active war zone is off my list. I wouldn’t want to have visited Baghdad at any point in the last 10 years. The Ivory Coast is a place I’ll put off visiting for a while (but if someone from the Ivory Coast told me that conditions are only bad in certain spots, and I’d have a hard time arguing with them.)

The final thing I will say on this subject, is that the real dangers while traveling aren’t the ones that come from the news. The biggest killer of tourists is automobile accidents. Most of the serious injuries sustained by travelers I know personally have come from bicycle or motorbike accidents. These are the real dangers while traveling and they are ones you’ll never hear about on CNN. They are the common everyday accidents that happen at home while we are worried about terrorism.

Safety should be a priority while traveling, but you shouldn’t worry about problems that don’t exist. Do your research, use common sense and that should take care of the majority of potential problems.

39 thoughts on “Traveling to Dangerous Places”