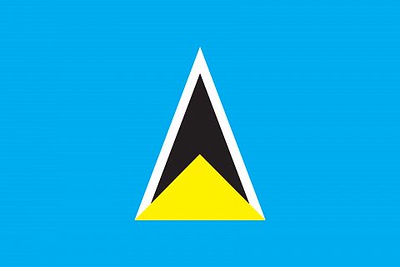 The beaches, mountains and exotic plant species… these things come to mind upon the mention of St. Lucia. While these hold true for St. Lucia, there is a lot more to this island nation than meets the eye. It is one of the many island nations that make up the Lesser Antilles region in the Caribbean. There was an influx of foreign visitors and colonizers but the French were the first ones to settle into the island. Then, the British came during the mid-17th century wherein they engaged in several wars with France to regain control over the island. This has led to St. Lucia being nicknamed as “Helen of the West Indies”. Before you travel to St. Lucia, make sure to read this travel guide.

Tourism is the main source of economy on the island. In fact, the tourism industry is also the biggest source of employment in the country. Aside from attracting foreign visitors for relaxation, St. Lucia is also a popular destination for foreign investors and businessmen. Offshore banking and manufacturing has supported the island’s economy for several decades.

St. Lucia features a tropical climate. The dry season starts in December and ends in May while the wet season begins in June until November.

The history of St. Lucia can be traced back to the time of its first human settlement, which was in 1000 and 500 BC. The original settlers on the island were believed to be the Ciboney people. However, there is little evidence to support this claim so many historians would recognize the Arawaks as the first settlers on this island.

When Christopher Columbus went on his fourth voyage in 1502, it was said that he spotted the island of St. Lucia (even though he landed in Martinique). One proof of this is that Juan de la Cosa included the island of St. Lucia of a map on the region in the 1500s. In 1605, the Oliphe Blossome (an English vessel) was blown of course resulting in the crew and passengers forming a settlement in St. Lucia. However, they were attacked by Carib chief Augraumart causing the crew and passengers to flee the island.

During the 18th century, the British grow interested on St. Lucia mainly for the sugar industry that was thriving during the mid-18th century. Throughout the course of history, St. Lucia changed ownership until it was declared neutral territory. For the most part in this century, though, St. Lucia was under the rule of the French colony.

The 20th century was a crucial turning point in the history of St. Lucia as it marked the increase in self-government within the island. By 1957, the island started production of bananas until it outdone their production of sugar.

Connectivity: The government of St. Lucia has launched a program that offered free island-wide access to the internet for all tourists and locals. But if you are looking for another affordable way to stay connected when you travel to St. Lucia, you can buy a local prepaid SIM Card. This will enable you to make international and local calls, while also getting local data to be able to connect online while on-the-go.

Visa Required: There are 63 countries listed as visa-exempt countries in St. Lucia (including USA, Canada, Australia, New Zealand, Ireland, and European Union passport holders) and they can stay for up to 90 days within a 180-day period. Meanwhile, there are 54 other countries that can obtain visa upon arrival so they can travel to St. Lucia.

Crime: Over the past four years, there is a steady decline in homicide cases in St. Lucia. However, violent crimes are still persistent across various parts of St. Lucia.

Rail Travel: There is no train network in St. Lucia. The best way to get around is via car, bus, or by boat.

Car Travel: The roads in St. Lucia are long, winding, and mountainous in terrain. Therefore, driving is a challenge, especially if you are not familiar with the roads. It is also a bit intimidating for timid drivers. If you must travel by car, it is best to hire an experienced driver or opt for a car hire instead.

Trivia: The year-round average temperature in St. Lucia is 27-degree Celsius, making it a popular tourist destination all throughout the year.

The cuisine of St. Lucia is a combination of the elements from the French and British cuisine. Most of the dishes in the island use spices from the Creole cuisine but due to the access to seafood and other fresh ingredients, they are quite prevalent in restaurants and beach bars.

Before the time of colonization, the Caribs who lived on the island use natural fruits and vegetables such as mangoes, avocadoes, tangerines, and mangoes. Salt fish is another staple in the daily meals of St. Lucia. To give you an idea of how the local dishes are prepared, they are made mostly of limited protein with lots of starch and fruits or vegetables. When it comes to protein, the local favorites include pork hocks, chicken back, and pigtail. As for seafood, snapper, tuna, and mahi-mahi are abundant on the island. Aside from French and British influences, you will also find Indian culinary styles incorporated into the food options in St. Lucia.

Below is a list of the top dishes that form a part of the St. Lucia culinary heritage:

When you travel to St. Lucia, you have plenty of options when it comes to attractions to see. Whether you want historical, cultural, or natural attractions, you can choose from the options listed below:

Pitons – This is a natural site recognized by the UNESCO World Heritage Sites list. The Pitons management area covers up to 2,909 hectares of land area, which includes the two Pitons mountains. These twin mountains dominate the landscape of the island and are easily the most popular attraction in the island. This is one attraction you can’t miss when you travel to St. Lucia.

Sulphur Springs – Noted for being the world’s only drive-in volcano, Sulphur Springs in St. Lucia sought after for being the most active and hottest geothermal location in the Lesser Antilles region. The park itself where the hot springs are located in measures 45 hectares.

Vigie Beach – This protected white sand beach is one of the most popular beaches in St. Lucia. It is located adjacent to the George F. L. Charles Airport.

Marigot Bay – This bay is located on the western coast of the island of St. Lucia. It is close by the Saint Lucia National Marine Reserve and is surrounded by steep and forested hills. It represents what you would essentially picture out of a Caribbean island – palm-fringed beaches with yachts docked nearby.

Anse Chastanet Marine National Park – This attraction is popular with avid divers and snorkelers. The Anse Chastanet coral reef harbors is teeming with sea and marine life and a wide range of corals such as soft corals, boulder corals, brain corals, and colored sponges.

Soufrière – This is a colorful fishing village, which is one of the best places to explore when you travel to St. Lucia for the cultural experience. The village is located on a beautiful bay. Nonetheless, it bears witness to a tumultuous past that saw how this area was the site of the guillotine that was built during the time of the French Revolution. 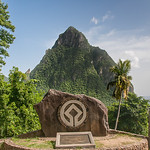 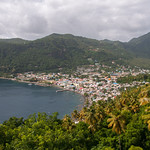 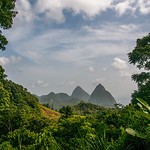 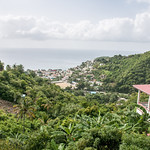 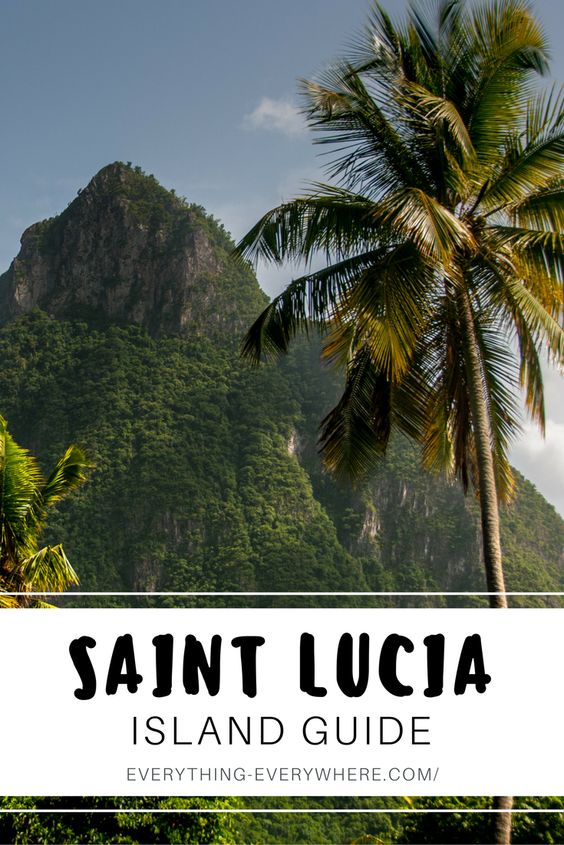