Saint Kitts and Nevis is a two-island country in the Caribbean region. It is a sovereign state with the British monarch as the head of the state. It is also the smallest sovereign state in the region. Anguilla used to be a part of this island nation but the former is now an independent state. This dual island nation is among the first few countries in the Caribbean to be invaded by the Europeans. In fact, it used to be a colony of the British and French. To find out what to see or do during your travel to St. Kitts and Nevis, read on. 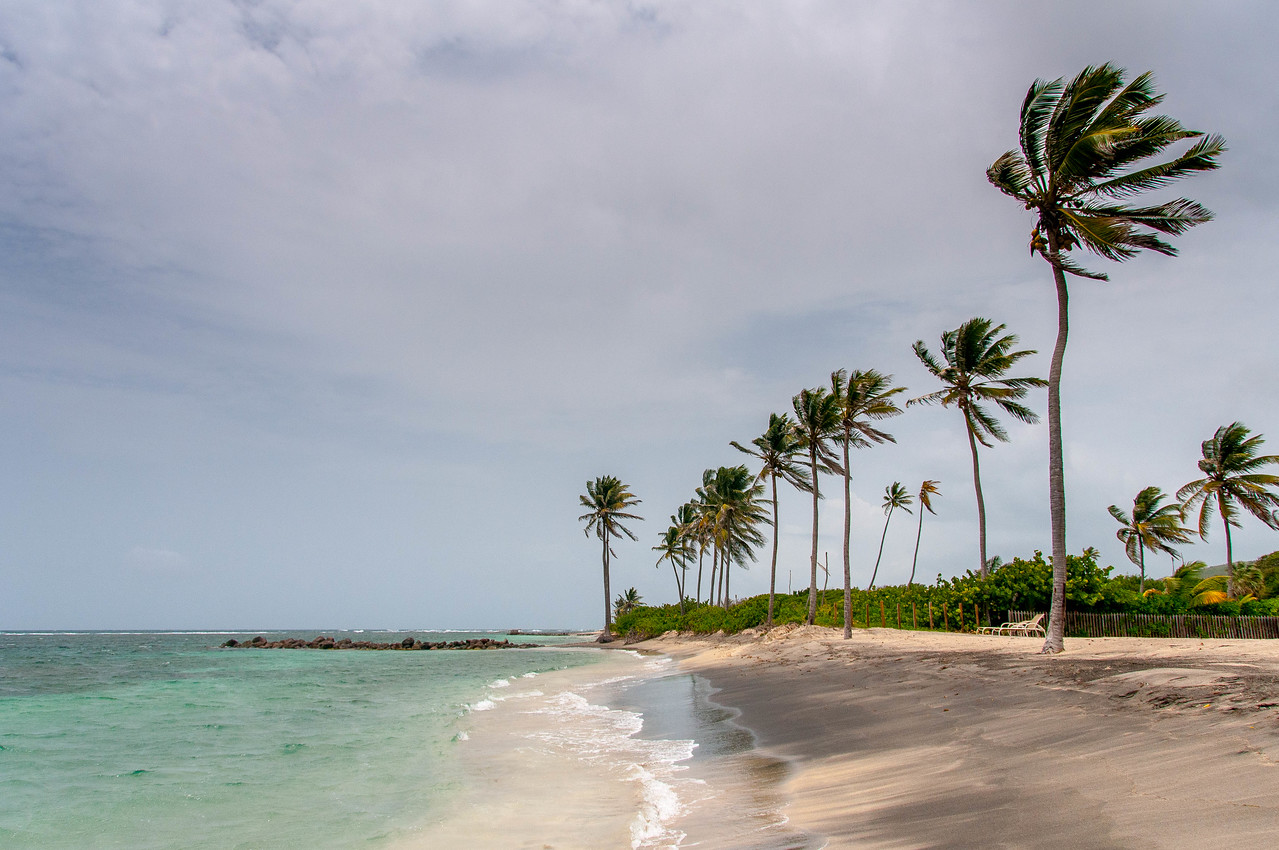 The island was formed out of volcanic origin and you will find a diverse geographical landscape consisting of tropical rain forests and various peaks. However, majority of the population in both islands reside close to the coastal areas. Speaking of population, the people of St. Kitts and Nevis are mostly of African descent while the other are a mixture of Afro-European, East Indians, and Asians.

Tourism make up the economy but there are also manufacturing and agricultural industries in the island. Sugar used to be the primary export product in St. Kitts and Nevis. They have also introduced an apparel assembly industry in the country over the recent years to diversify the economy.

Official Language: English is the official language in St. Kitts and Nevis.

Wi-Fi Availability: There are a lot of shops, restaurants and bars that offer Wi-Fi in St. Kitts and Nevis. You can also get Wi-Fi in the hotel that you are staying in.

Airport/s: The Robert Bradshaw International Airport is the main airport for international flights that travel to St. Kitts and Nevis.

Driving: In St. Kitts and Nevis, you must drive on the right side of the road.

International Driver’s License Accepted? You should obtain a local driver’s permit in St. Kitts and Nevis even if you already have an international driver’s license or permit. 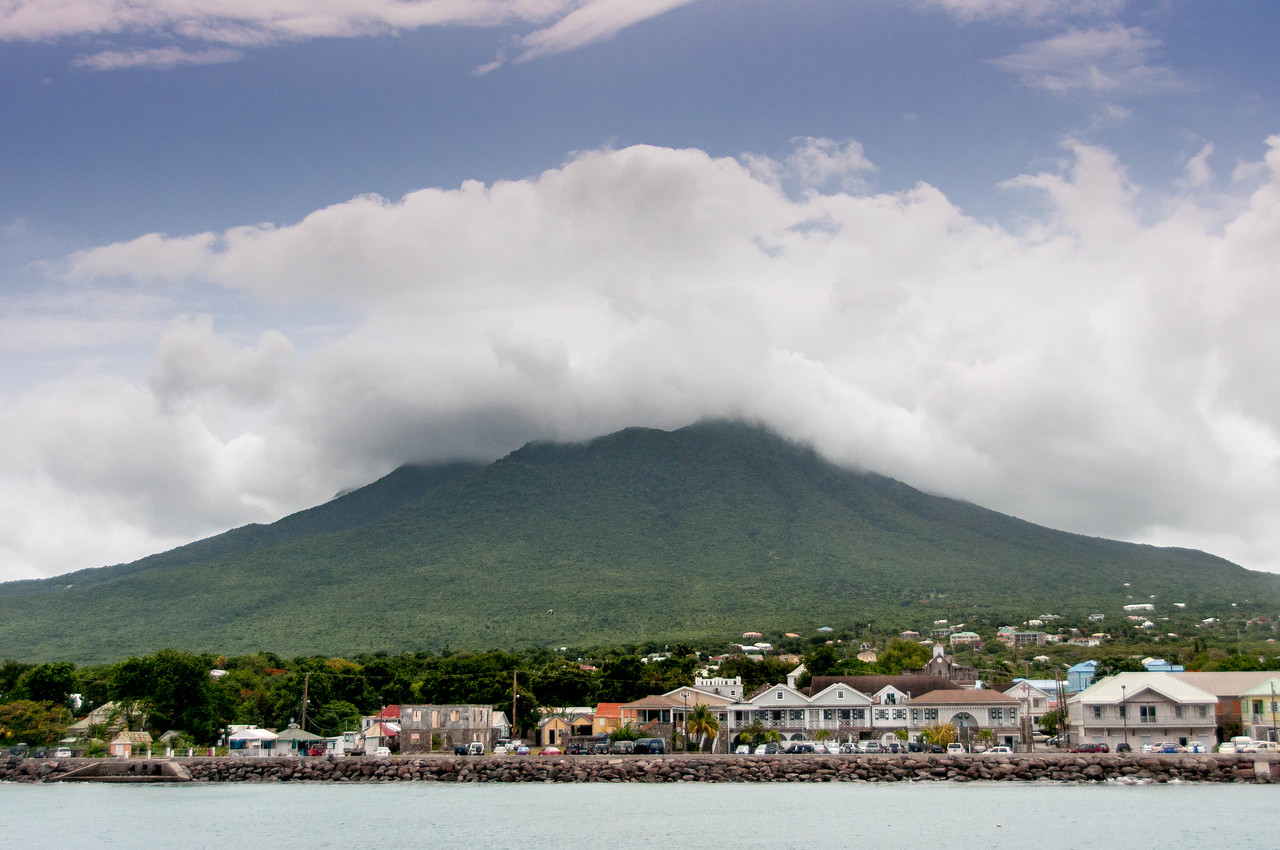 Crime: Despite its small population, St. Kitts and Nevis, particularly the capital city, has a high murder rate. As of 2011, the murder rate is estimated at 131.6. It has also increased over the past few years.

Trivia: DID YOU KNOW that there are two types of beaches in St. Kitts and Nevis? One part of the island has white sand beaches while the other side features black volcanic beaches.

Cuisine in St. Kitts and Nevis 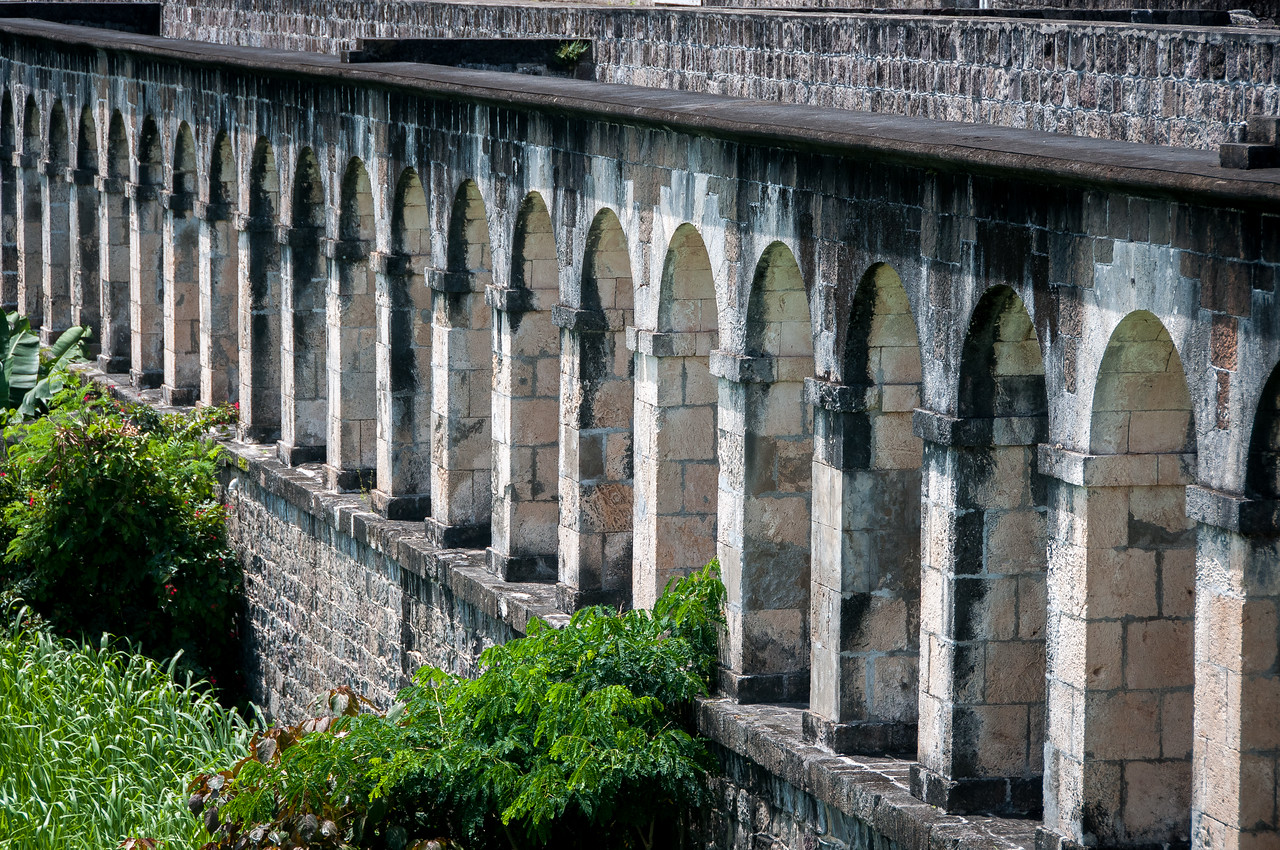 The richness of the volcanic soils and coastlines in St. Kitts and Nevis contribute to the culinary richness of the island country. You can expect a satisfying dinner to include fresh fruits and vegetables. Seafood is an easy catch; therefore, you can find seafood dishes in nearly all restaurants in the island.

However, it is not the only option. Famous dishes in St Kitts and Nevis that you should try include the following: roasted pig, goat stew, conch fritters, fish cakes, rikkita beef and any other barbecued dishes.

There are several tourist-y restaurants that offer a wide range of cuisines in the island of St. Kitts and Nevis. There are also old plantation houses that have been converted into restaurants. These are great dining destinations if you want to experience the culture alongside the food options in the island.

Travel to St. Kitts and Nevis: Historical or Cultural Attractions 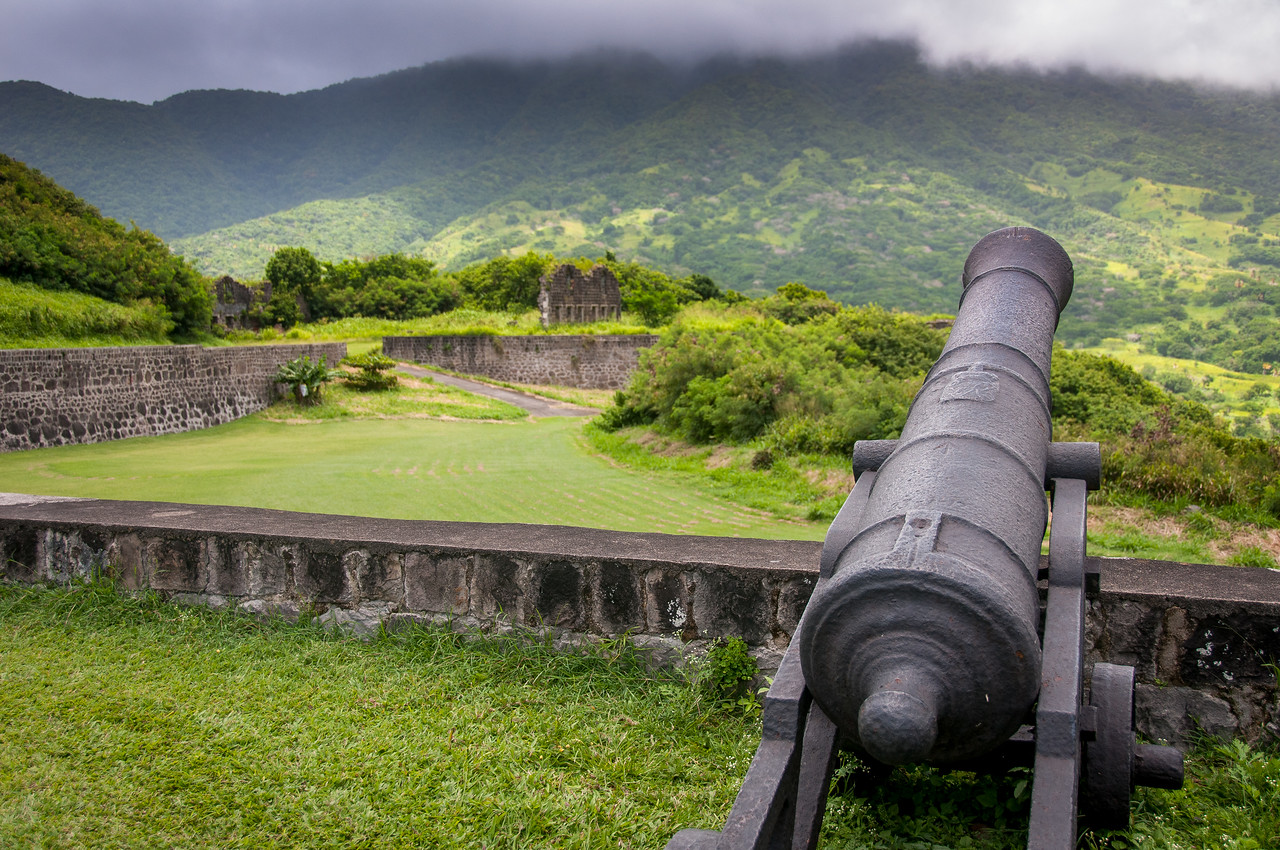 Brimstone Hill Fortress National Park – This is a UNESCO World Heritage Site that used to be a fortress but is now a ruin that is preserved. It is recognized by UNESCO for its historical importance. It is located atop a hill (called Brimstone Hill) on the island of St. Kitts.

Independence Square – This square was named to commemorate the momentous event in September 1983 when St Kitts and Nevis gained political independence. The site was once referred to as Pall Mall Square.

Bloody Point – This is a headland that has a rich history dating back to hundreds of years ago. This is the spot wherein the Carib population that inhabited the island during the time of English and French colonization were killed by the European colonizers.

Museum of Nevis History – The museum is housed inside a two-storey Georgian style building where Alexander Hamilton was born in. He lived in the island until he turned nine. The museum offers documents that will showcase the Amerindian origins, slavery, sugar industry and colonization of the island.

Q: Is St. Kitts a US Territory?

A: No. St. Kitts and Nevis is an independent country which was formerly a British Territory. It has never been a part of or associated with, the United States.

Q: Is there a ferry from St. Kitts to Nevis?

A: Yes. There is a regularly scheduled ferry service between the two islands. There are usually about 10 crossings per day. The crossing can take anywhere from 15-minutes to 1-hour depending on the boat.

Q: What time is it in St Kitts?

A: St Kitts in on Atlantic Standard Time, which is one hour before Eastern Standard Time (New York) or the same time zone as Nova Scotia.