Barcelona is a city in Spain; it is one of the most popular cities in Europe, not just in the country. It is also the second most populous municipality in all of Spain with approximately 1.6 million in population. Millions of tourists also travel to Barcelona each year because of its beautiful attractions with the stunning architecture as one of those top sights that visitors look forward to.

Aside from being a top tourist destination (about 9 million tourists travel to Barcelona annually), Barcelona is a leader in economic, commerce, trade fair, cultural centers, fashion, media and arts in the world. In fact, it is one of the so-called global cities for its advancement in every aspect of society. It is also a financial center and one of the highest ranking in Europe among the cities with good economic standing.

Barcelona is also a transport hub in Spain. You can find various forms of transportation to choose from that enables you to travel to other parts of Spain or neighboring provinces with Barcelona as a jump-off point. The Barcelona-El Prat Airport is the main hub for international flights that travel to Barcelona, which is also one of the busiest airports in Spain with an estimated 40 million passengers each year. There is also a high-speed rail line that serves as link to France and various parts of Europe. 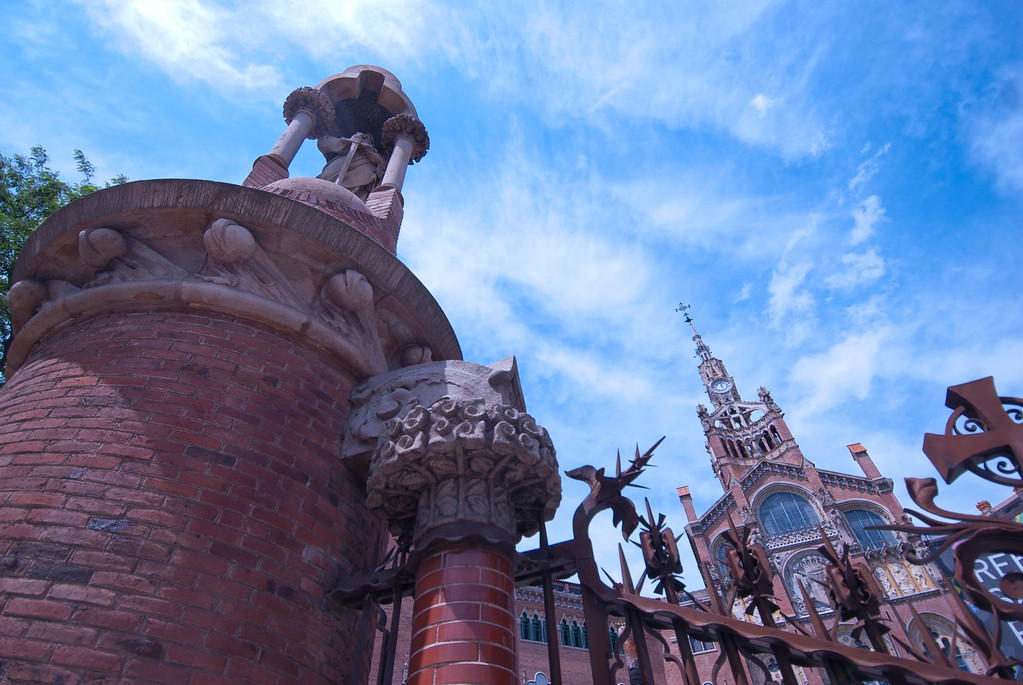 When tourists travel to Barcelona, there are so many things to see or do that you can visit for a day tour and you’ll have plenty in your itinerary. The center for the old city of Barcelona is one of the first things you need to go to if you want to see plenty of attractions in one spot. You will also delight in the ruins of Roman settlement in the area combined with the Catalan modernista architecture. This type of architecture is closely linked to the Art Nouveau movement in Europe.

There are also several UNESCO World Heritage Sites in Barcelona alone. Hence, you should check them out when you travel to Barcelona. The work of architect Antoni Gaudi belongs in the list of UNESCO-listed heritage sites in Barcelona. His most notable creation is the Sagrada Familia church. This immense church is still undergoing construction even though it began in 1882. It is expected to be completed by the year 2026.

Park Guell: This is a public park in Carmel Hill, Barcelona that is situated on the Collserola mountain range. This park was commissioned for by Eusebi Guell and he tapped artist Antoni Gaudi to design the park. 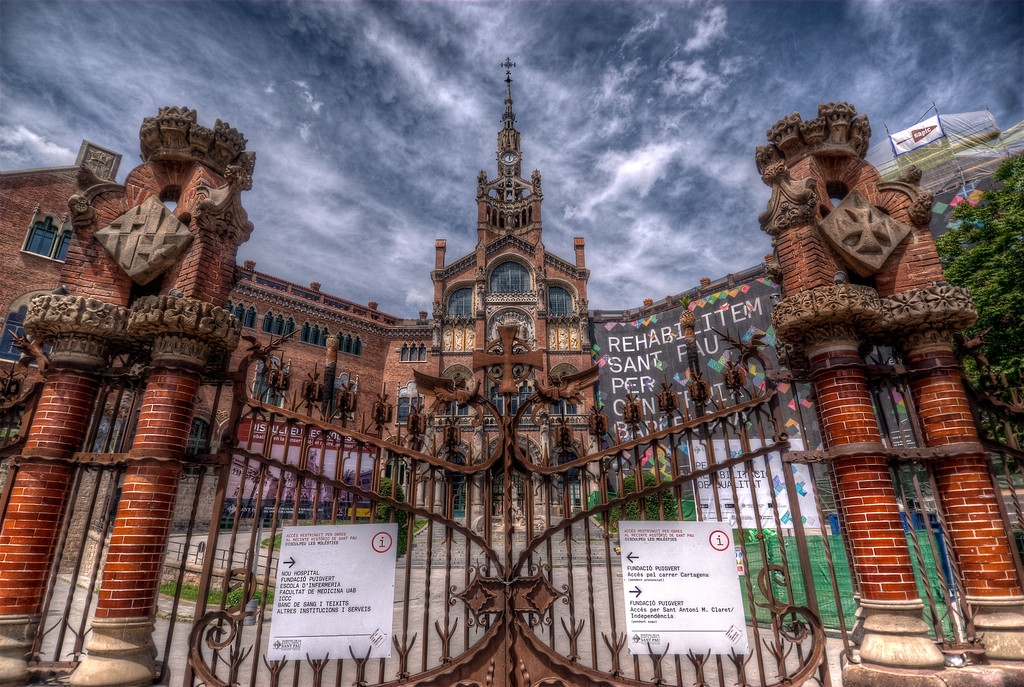 Palau Guell: This mansion is just one of many creations of Antoni Gaudi in Barcelona. He was commissioned to design this mansion by industrial tycoon Eusebi Guell. The mansion is located within the El Raval neighborhood in Barcelona.

Casa Mila: This modernist building is one of the last civil work done by Antoni Gaudi in Barcelona. The undulating stone façade and use of twisting iron in the balconies of the building exemplified structural innovation that was unique even for Barcelona’s standard.

Casa Vicens: This is another one of the works by architect Antoni Gaudi which was one of the first few buildings to come out of the Art Nouveau movement in Europe. This Neo-Mudejar architectural style is one of the truest examples of Gaudi’s legacy as an artist.

Casa Batllo: This former house was refurbished and redesigned by Antoni Gaudi during the early 20th century. The use of a visceral and skeletal style architecture is one of its kind in the world.

Hospital de Sant Pau: This former hospital and now a museum and cultural center is located in El Guinardo, Barcelona, Spain. It is within the same complex as Palau de Musica Catalana. Both are UNESCO World Heritage Sites under the “Works of Gaudi”.

Palau de Musica Catalana: This concert hall in Barcelona, Spain was a leading force in the cultural movement initiated by Gaudi’s works in Barcelona. The building came about with the help of contributions from some of the wealthiest people in Spain. Today, more than half a million people visit the concert hall annually to watch musical performances showcased at the concert hall. 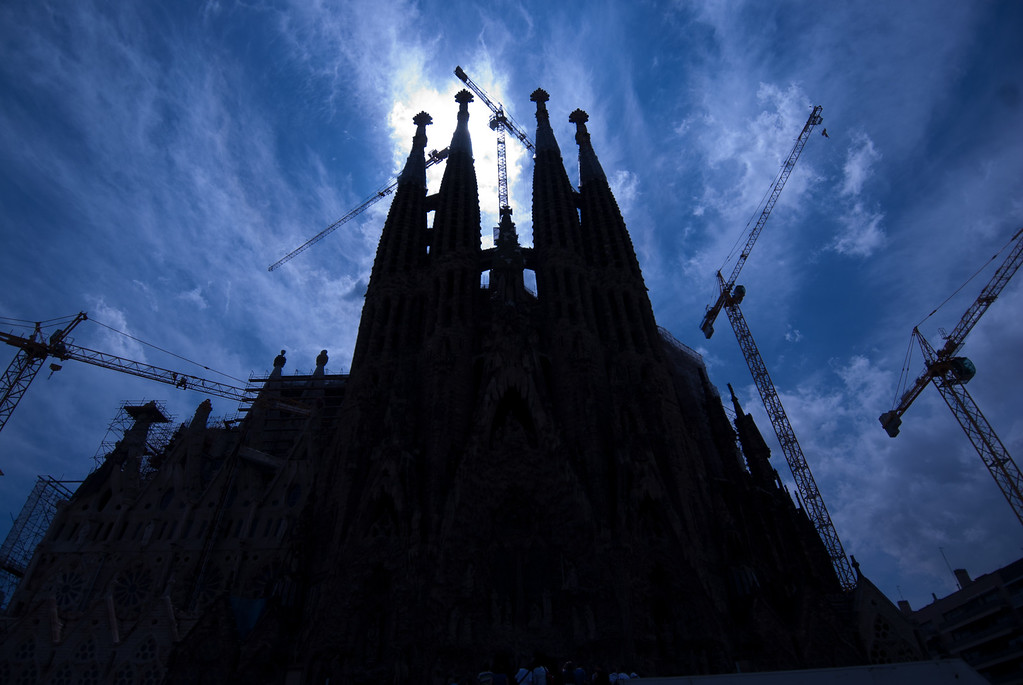 Sagrada Familia: This is probably the most distinctive and most popular creation by artist Antoni Gaudi in Barcelona. Until today, the construction of the church is ongoing and is expected to continue on for the next decade. Despite its glorious façade and impressive architecture, the citizens of Barcelona were divided and filled with controversy with how the design and construction will continue on after Gaudi’s death.