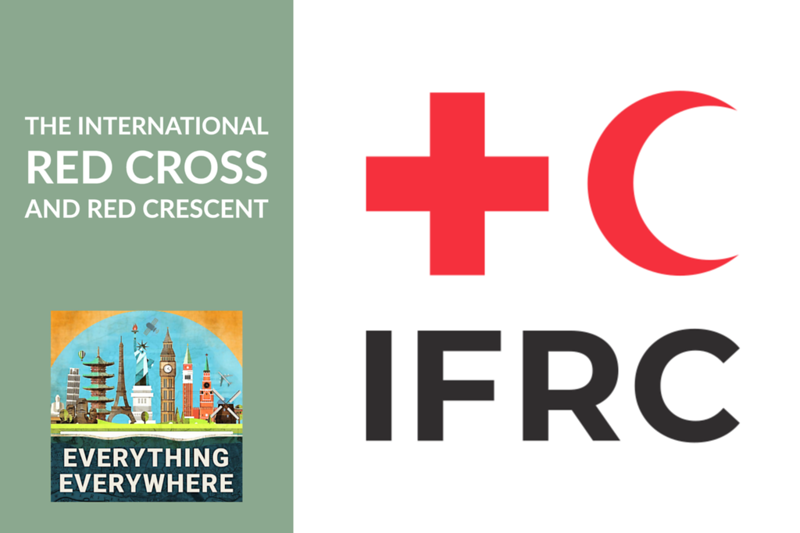 One man in the 19th century, having seen the horror of war, decided to do something about it. It led to the creation of a movement that would go on to save millions of lives.

Learn more about the International Red Cross and Red Crescent on this episode of Everything Everywhere Daily.

I’ve spoken before about how Scottevest is great for carrying your electronics, and that true.

However, one of the best uses of Scottevest gear I’ve found is preparedness. When you are traveling you never know what you might encounter. Having some hand sanitizer, some hidden emergency cash, a card with your hotel’s address and telephone number, and even a small first aid kit can be smart when you are somewhere you aren’t familiar.

Not to mention the oh-so-important need for carrying some extra toilet paper with you, because you just never know.

You can easily and discreetly carry all of the things you just might need in your Scottevest jacket. I know because I’ve worn my Scottevest gear to all 7 continents and over 100 countries.

Prior to the modern era, there were no set rules for warfare. Other than an appeal to ‘honor’, there wasn’t anything as formal as a treaty for how prisoners or injured combatants should be treated.

While battles have always been bloody, the 19th century saw a dramatic rise in the number of casualties as weapons improved and armies grew larger.

In June 1859, a Swiss businessman named Henry Dunant was traveling in Italy when he happened upon the aftermath of the Battle of Solferino, a battle in the Second Italian War of Independence. Twenty-three thousand men were dead or wounded, lying on the battlefield and there appeared to be no effort made to provide any aid.

Dunant took it upon himself to organize the rescue of the injured. He personally purchased medical supplies, set up hospital tents, and recruited people from the local town to help provide aid to soldiers of both sides.

When he returned to Geneva he wrote a book called A Memory of Solferino. In the book, he retold the story of his rescue efforts and advocated the creation of a neutral organization that would provide care and aid to wounded soldiers.

He published the book at his own expense and delivered copies to leaders all over Europe.

In 1863 in Geneva, a committee was created to investigate the ideas of Dunant, and that committee’s first meeting on February 17, 1863, is considered the founding of the International Committee of the Red Cross.

One of the first orders of business was a conference among several European nations to address the subject of wounded soldiers, which led to the first Geneva Convention in 1864. There have been several updates to the Geneva Convention which occurred in 1889, 1907, 1929, and 1949.

If you’ve ever seen a movie where prisoners of war invoke the Geneva Convention, this is what they are talking about.

By this time, almost every country in Europe had a Red Cross organization.

Across the pond, over in the United States around the same time, this was happening, was the American Civil War.

During the Civil War, similar problems regarding wounded soldiers were being faced. There, a self-taught nurse by the name of Clara Barton lived in Washington DC.

In April 1861, in the aftermath of the Baltimore Riots, wounded soldiers of the 6th Massachusetts Militia were brought to Washington. Barton, having grown up and taught in Massachusetts knew many of the men and took to providing care for them.

From this moment, she dedicated herself to providing care for the soldiers in the war.

She organized Ladies Aid societies around the country to gather donations of bandages, food, and clothing.

In 1862 she was given permission to tend to soldiers on the front lines. She was eventually given full control of the hospitals for the Union Army of the James.

She earned the nickname “The American Florence Nightingale”, who served a similar role in the British Crimean War a decade earlier.

After the Civil War, Barton had achieved a level of fame and went on a national speaking tour to talk about her experiences during the war. During this tour, she met Susan B. Anthony and Frederick Douglas and became supporters of both of their movements for women’s suffrage and civil rights.

In 1869, she went on a tour to Europe where she became introduced to the Red Cross movement. She was encouraged to start an American Red Cross organization and to get recognition from the American government.

In her attempts to get the Red Cross recognized, she first met with President Rutherford B. Hayes, who if you remember from a previous episode is a really big deal in Paraguay. Hayes’s concern was that he thought that there would never be a war like the Civil War again in the United States, so there was no need for an American Red Cross.

Barton succeeded in the Chester Arthur administration by positioning the American Red Cross as a general-purpose aid organization that would provide assistance during all natural disasters including tornadoes, hurricanes, earthquakes, floods, and fires.

I give special mention to the American Red Cross because they were the first national organization that explicitly had a mission beyond providing aid and comfort to wounded soldiers and prisoners of war.

Over time, the Red Cross expanded into more and more countries.

In 1901, the very first Nobel Peace Prize was given to Henry Dunant for his work in establishing the Red Cross and the Geneva Convention.

At the start of World War I, there were 45 national Red Cross societies in the world.

World War I was the first great test of the Red Cross. They facilitated many of the programs for prisoners of war including sending letters, packages, and also arranged prisoner exchanges.

The also catalogued violations of the Geneva Convention and brought up complaints to the governments of both sides.

They also protested the use of chemical warfare, which was put into widespread use for the first time during the war.

As the Rec Cross expanded, in many Muslim countries such as Egypt and Turkey, they adopted the crescent symbol, instead of the cross. The cross in the Red Cross is actually not intended to be religious. It was adopted from the Swiss flag to represent neutrality, and not as a Christian symbol.

Nonetheless, because of the religious overtones, the Crescent was used, and in Iran, they used a Red Lion and Sun symbol, which has since gone into disuse after the Iranian Revolution in 1979.

After the war, the scope of the Red Cross expanded. Most of its activities now have little to do with assisting wounded soldiers on the battlefield and aiding prisoners of war.

Today they provide relief aid to refugees, support for victims of natural disasters, organize blood donation drives, and many other relief operations around the world.

The International Committee of the Red Cross has been awarded the Nobel Peace Prize on three separate occasions: 1917, 1944, and 1963.

In 1990, the Red Cross became the first non-governmental organization to receive observer status at the United Nations.

In 2005, a third symbol was adopted for countries that are neither Christian nor Muslim: The Red Crystal. It is just a red square tilted so its corners were vertical. With this, the equivalent of the Red Cross in Israel, known as Magen David Adom or MDA, was admitted to the International Federation of Red Cross and Red Crescent Societies.

Today, there are 192 countries that are members of the IFRC.

Over its history, the Red Cross and its affiliated organizations around the world have saved or helped tens of millions of people.

Whether it is tending to the wounded in war, providing disaster relief to people who’ve lost their homes or just providing swimming lessons, the Red Cross has been serving the world for 150 years.

Great way to start your day!

After learning about this thru another travel podcast, I have started my morning routine listening to an episode or two of this wonderful podcast. Thanks for sharing your knowledge!

Thank you very much Stevers. They say you should learn something new every day, and if you can achieve that in the first hour of the day, then I think you are ahead of the game.

Remember, if you leave a five star review, you too can have your review read on the show.