There are five national park service sites in Michigan. None of these sites are shared with other states. 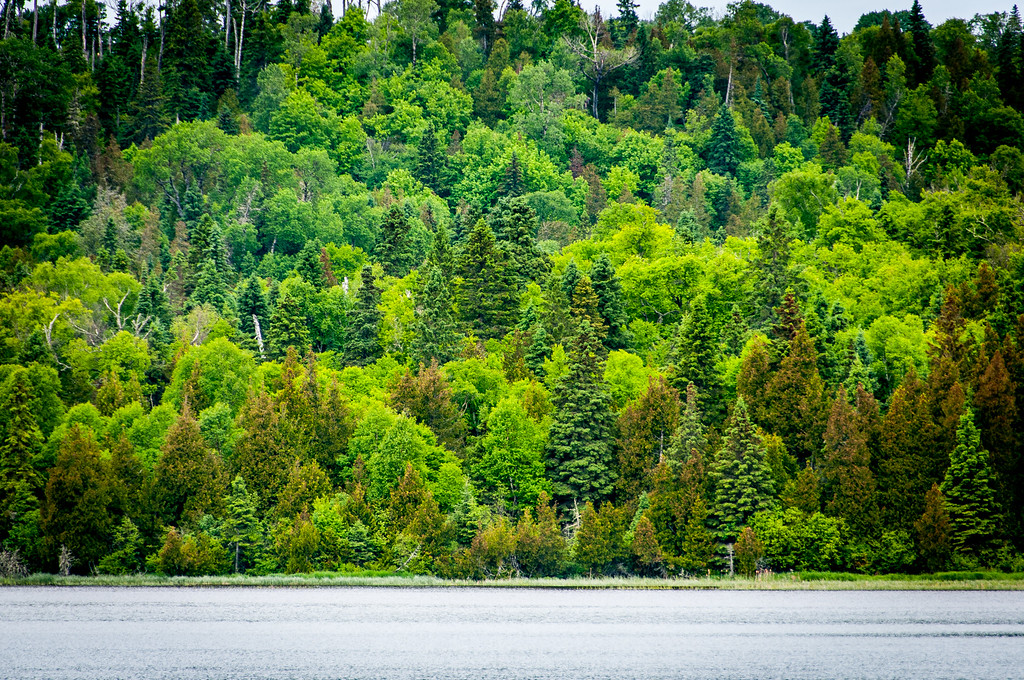 This national park was established in 1940 and covers over half a million acres in land area. The Lake Superior is the main feature of the park, along with its surrounding ecosystem. The island in Lake Superior is best known for the wolves and moose that inhabit the island which came across the frozen Lake Superior over 100 years ago.

Despite its remote north country location, tourists flock to the park every summer. It is a popular destination for backpackers and campers. The average visit to the park is the highest for any site in the National Park System at 3.5 days (the average park stat in the rest of the system is only 4 hours). The landscape in the park is rugged and untamed. Hence, this park might be for serious and experienced trail hikers only. For those interested to visit the park, it is closed from November until mid-April. The best time to go is from June to September.

Keweenaw National Historical Park commemorates the history of copper mining on the Keweenaw Peninsula which dates back over 7,000 years. Some parts of the park have been privatized in 2009. The establishment of this park aims to protect and preserve the oldest and largest lava flow on Earth. This is the only volcanic activity in the world wherein native copper was produced within the area. In addition, the Keweenaw Peninsula is also the site of prehistoric aboriginal copper mining is found.

This park is currently managed by the US National Park Service along with some private and non-profit organizations.

Pictured Rocks National Lakeshore is a series of sandstone cliffs along the southern shore of Lake Superior. This site is also considered a Michigan State Historic Site. The park itself was established in 1965 and covers more than 73,000 acres in land area. It covers a scenic hilly shoreline featuring various rock formations, waterfalls, sand dunes, and natural archways. It has one of the most dramatic lakeshores on all of the Great Lakes.

When Pictured Rocks were named a National Lakeshore by the US Congress in 1966, it was the first ever designation of its kind. An average of more than 400,000 tourists visits the park every year.

Located in Monroe, Michigan, this national battlefield park was the site of the Battle of Frenchtown which took place in January 1813. Nearly 400 Americans were killed during this battle and more than 500 were taken as prisoners by the British Army and Indian Coalition during the 1812 War. This site was listed as a Michigan Historic Site in 1956 but was recognized as a national historic site in 1982. In 2009, the House of Representatives elevated its distinction as a national park unit and the area covered has been expanded. There are certain parts of the park wherein public access is prohibited.

Sleeping Bear Dunes is located on the shore of Lake Michigan and was established in 1970. The property covers the 35-mile long eastern coastline of the Great Lake. The outstanding natural features within the site have earned its recognition as a national lakeshore, which includes dune formations, ancient glacial phenomena, beaches, and forests.

There are also several cultural features within the site such as a rural farmhouse district, the 19th century South Manitou Island Lighthouse and abandoned Coast Guard stations.