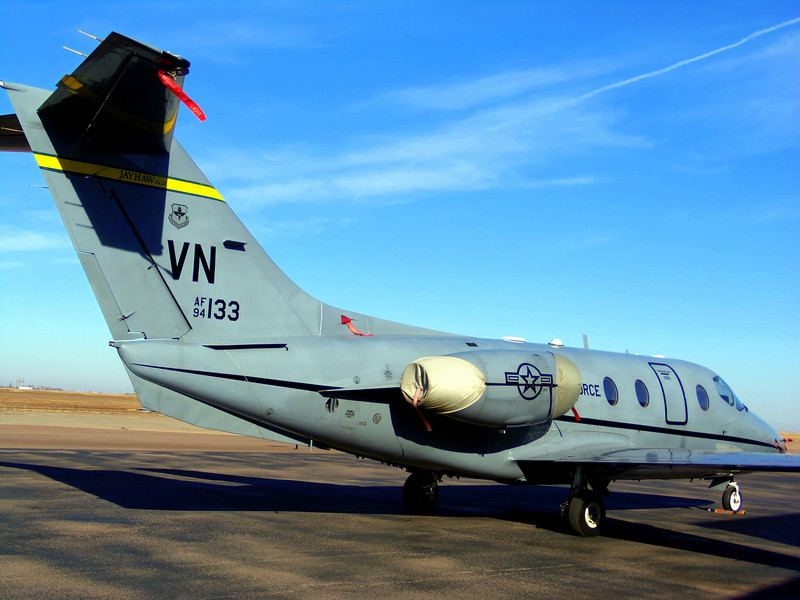 My Grandfather was a wonderful man. I grew up close to he and my Grandmother, often spending time with them as I grew up. After I became an adult, he loved that I traveled. When I came to visit, he’d pull out his atlas and we’d talk about where I was going or where I’d been. But he died last year, so I couldn’t talk to him as I plotted my trip through Oklahoma. I wish I could have. He would have had a million stories. It seemed like he had a story for every occasion…

Since I couldn’t talk to my Grandfather, I did the next best thing. I talked to Grandma. She asked that I take a couple of pictures of things while I was there but wasn’t sure what would be there any longer. So as we left Oklahoma City and drove towards Burns Flat I just had a vague idea of photographing things that looked old in the town. That, and seeing what I could see of the Air Force Base.

Some of his stories over the years centered around Clinton-Sherman Air Force Base near Burns Flat, Oklahoma. He worked there as a young man, and didn’t move to Texas until it was decommissioned in the late sixties. The man was a hard worker and could build or fix anything. I don’t know what his official title was at the base, but I know he worked in construction and maintenance.

Just to give you some background, Clinton-Sherman was built in WWII (the photo to the left is a postcard from this era).  However, the unique feature about this base is the 13,500-foot long runway they added in the fifties. They used it to support the heavy B-52 bombers which needed extra space to land. Driving up, it was hard to escape feeling how empty it was. 13,500 feet of runway is a lot of empty.

We parked in the parking lot next to what looked like an administrative building. A dingy looking sign proclaimed it was now the Oklahoma Space Authority – The Oklahoma Gateway to Space!  That sounded promising – maybe some excitement after all! A quick google search on my phone squashed that quickly as I read that since they petitioned for a license for launching and landing space vehicles in 2006, none had actually occurred.  And the plant next to the sign?  Dead. 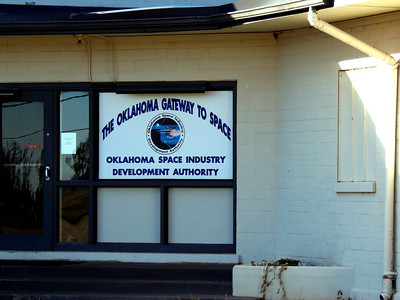 I jumped out to take some photos of the runway through the chain length fence while I leaving my family in the car. There was nothing to see, no reason to bother to unbelt the kids from their child seat contraptions. As I quickly snapped some pics of a lone airplane in sight and what I could see of the runway a guy came out of a building near the fence.

I eyed the sternly worded sign that said I was supposed to stay out or there would be penalties of epic proportions. “I didn’t think I could,” I said.

I glanced at my husband then ducked inside the fence. The man was excited to talk, so after he offered me candy out of a candy bowl on the counter we sat down on the couch. I told him about my Grandfather and why I was there. He talked about the history of the base and showed me a binder of photocopied pictures of the base in its prime. Visitors trickled in, he said. Some brought their pictures with them, and he’d copy them to show to those that came later. 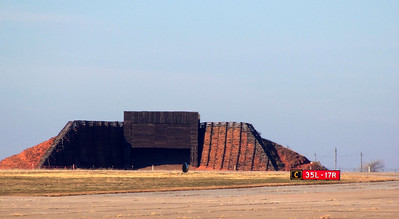 As I finished with the binder, we jumped back into the present. I was lucky to see a plane it seems; normally the place was empty. Air Force planes stopped sometimes when they needed maintenance. I asked if it was because of the long runway, and he grinned and said the neighbors didn’t complain about the noise. He didn’t know what the future held and I knew I needed to get back onto the road. We shook hands and then we parted ways.

As I drove off, my husband asked me if we should have skipped stopping there. I was glad we stopped but the whole experience left me a little like losing my Grandfather. A little numb, disappointed there wasn’t more and remembering the good times.