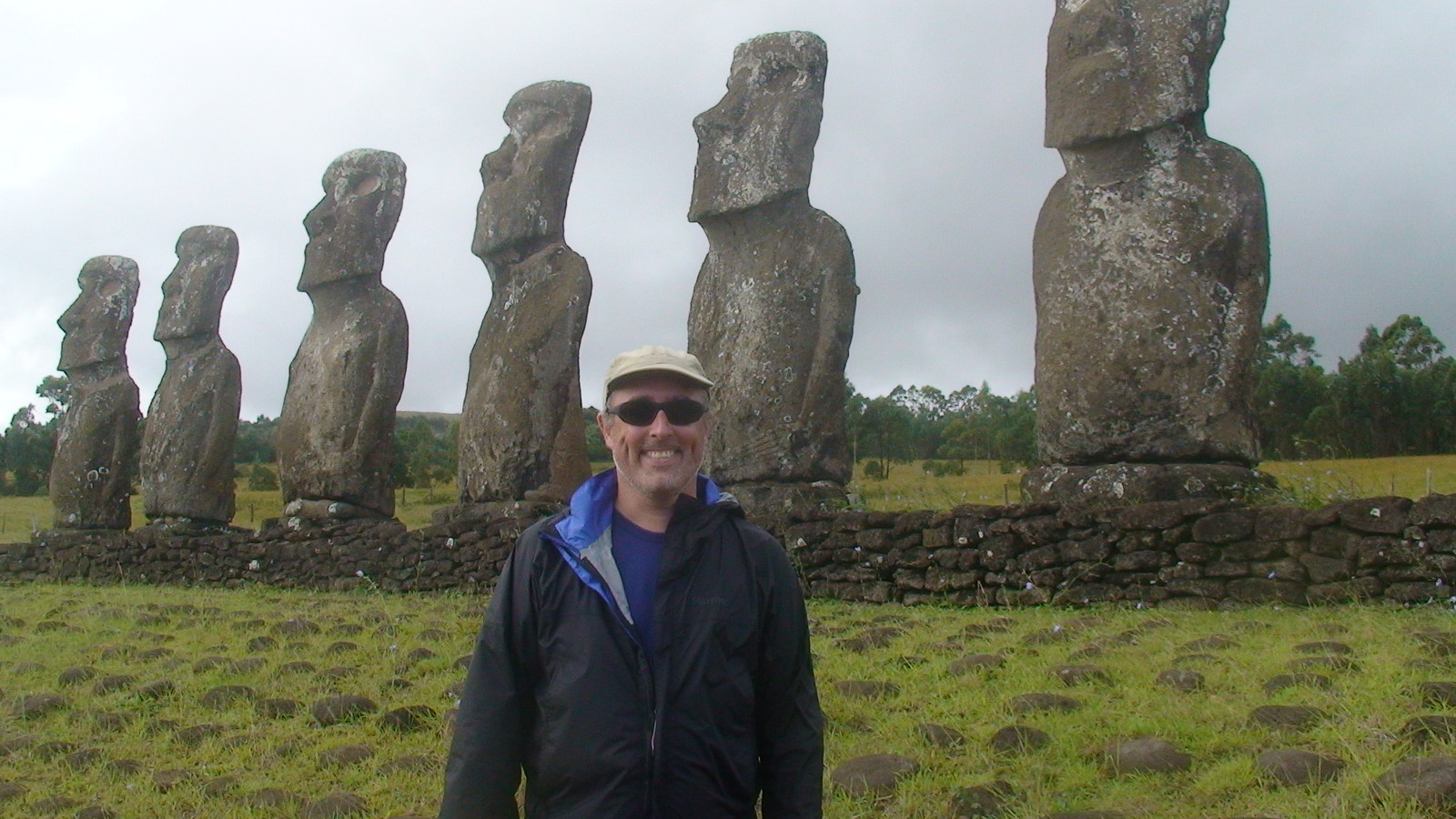 October 14 marks the 12th anniversary of my very first blog post on this website. I mark this date as the start of my travel blog.

My first post came almost a year and a half after registering the domain name for the website and 5 months before I actually turned over the keys to my house to begin traveling.

The last dozen years have seen a lot of change in the world of travel blogging. It has gone from a 100% amateur activity done for the love of traveling and sharing stories, to a highly professional activity complete with conferences, professional organizations, and support organizations.

The changes in travel blogging since 2006 have been incredible and I think the changes over the next 12 years will be even greater. In this article, I’m going to reflect back on where travel blogging has been and what the future holds for this still, relatively new, medium.

I don’t want to spend too much time looking backward because I think the most exciting things are in the future. Nonetheless, here is a brief summary of what things were like when I first started my blog.

Things are much better now than they were before. Finding a WordPress host is now trivial and there are companies which specialize in that and nothing else. Sites are more secure, and of course it is easier, but still not easy, to make a living from your website if you are willing to put in the work.

The olden days were not the good old days.

Old men reminiscing about this past isn’t very interesting or valuable. The real question is, where do things go from here?

I think we’ve reached peak social media at some point in 2018. Facebook is mostly useless now as a way to reach your audience. Their algorithm allows only a small percentage of your fans actually see anything you post unless you pay them money. Twitter is so ephemeral, that you have to post multiple times, which only makes the problem with noise even worse.

Instagram has become the dominant platform, but you can’t really drive traffic via Instagram (you sort of can), and follower growth for most people has ground to a halt because of the Instagram algorithm changes.

I’m not saying Facebook, Twitter, or Instagram are in any immediate danger of going away, but I also think they aren’t really going to get any bigger or any more important. So many people have been burned by these social media sites that they are hesitant to put all their eggs into the social media basket. If you rely on a social platform, then at the end of the day you don’t really own anything. The company that owns the platform had your fate in their hands.

Going Back to Basics

I’ve been seeing a trend the last year of bloggers going back to basics, and I include myself in this group. This means putting less of an emphasis on social media and more of an emphasis on their website and their email list. The website and your list are the things which you own. Everything else is out of your control.

For me, this has meant spending more time creating content for my website. An article like the one you are reading is something that I might have written in a Facebook group last year. Now I’m putting everything back on my website as I can exercise greater control and benefit from it.

The only social platform that I put any effort into now is Instagram, and even then, due to algorithmic changes, I post much less frequently than I did before.

Engagement is a word that is often thrown about without most people understanding it. Engagement is usually meant to be anything anyone one does with respect to your content. A like, a comment, or a share are all lumped under the banner of “engagement”. The problem is, not all engagement is the same.

A like on Instagram might take a second of someone’s time, and with such a short window of time, there is no guarantee that they actually paid attention to it.

If you look strictly at the numbers, podcasting is one of the smallest things I do, yet it is consistently is one of the first things which people mention to me when I meet them in person. The reason is that they can hear my voice for 45 minutes and develop a deeper bond than they would from 2 seconds of looking at a photo and clicking like on Instagram.

45 minutes of audio is fundamentally and qualitatively different than a like, yet many people lump them together as they can both be counted as a single engagement point.

The future will be a move towards higher quality engagement, whether it is audio, video, or in person events.

The Continued Death of Print

Print publications have been withering away the last 10 years. Every year brings less add revenue and usually fewer subscribers. Several travel magazines have already been shuttered, and most of the newspaper travel sections have been closed. The surviving travel magazines are significantly thinner than they were a decade ago and some have cut back on the number of annual issues, and most have seen reductions in staff and freelance payments.

Print publications will continue to shrink to stay alive, but there is a point at which you can no longer cut back anymore. Many of the major travel magazines are reaching this point. We could see one of the big three travel magazines in the US fold in 2019 and the others might disappear in the next 3-5 years.

We are down to only a handful of newspapers in the US with full-time travel editors. As newspapers shrink, they have to protect their core news business, and that usually means jettisoning sections of the paper which are not seen as vital to the business. That usually means the travel section.

On the other end of the spectrum, you are starting to see bloggers hire writers and developing a team of people.

When print publications stop printing, they are competing on the same level as smaller independent websites. They might have larger budgets and bigger brand recognition, but they also have massively higher costs and overhead.

Some blogs will end up meeting the former print publications somewhere in the middle as they keep growing, and the large companies keep shrinking.

Independent websites will continue to become a larger and more important part of the travel media landscape.

The Death of Freelancing

Freelance writing has been the backbone of travel publications for several decades. Unfortunately, as print publications have shrunk, so too have opportunities and rates for freelancers.

While it is still possible to make a living doing freelance travel writing, it is becoming increasingly harder to do so. The universe of potential freelancers increased dramatically with the rise of the internet, and the number of outlets has shrunk. Simple supply and demand can tell you what the outcome of this is going to be.

The successful freelancers will be those who can make the switch to becoming website publishers while using their freelance work to help build their website.

I noticed at both TBEX events I attended this year that the number of bloggers making a living has increased dramatically. It used to only be a handful of people who were able to do this, but now the number has become quite significant.

While the odds are still against any particular blog ever becoming a success, the number of blogs which have made it keeps rising.

There will be a corresponding rise in professionalism amongst bloggers as the successful ones work to distance themselves from the smaller, unprofessional sites which have dogged the reputation of bloggers since their inception.

This is one of the reasons I’ve been so active in SATW. I’m trying to help lay the foundation for professionalism as travel blogging grows in the future. 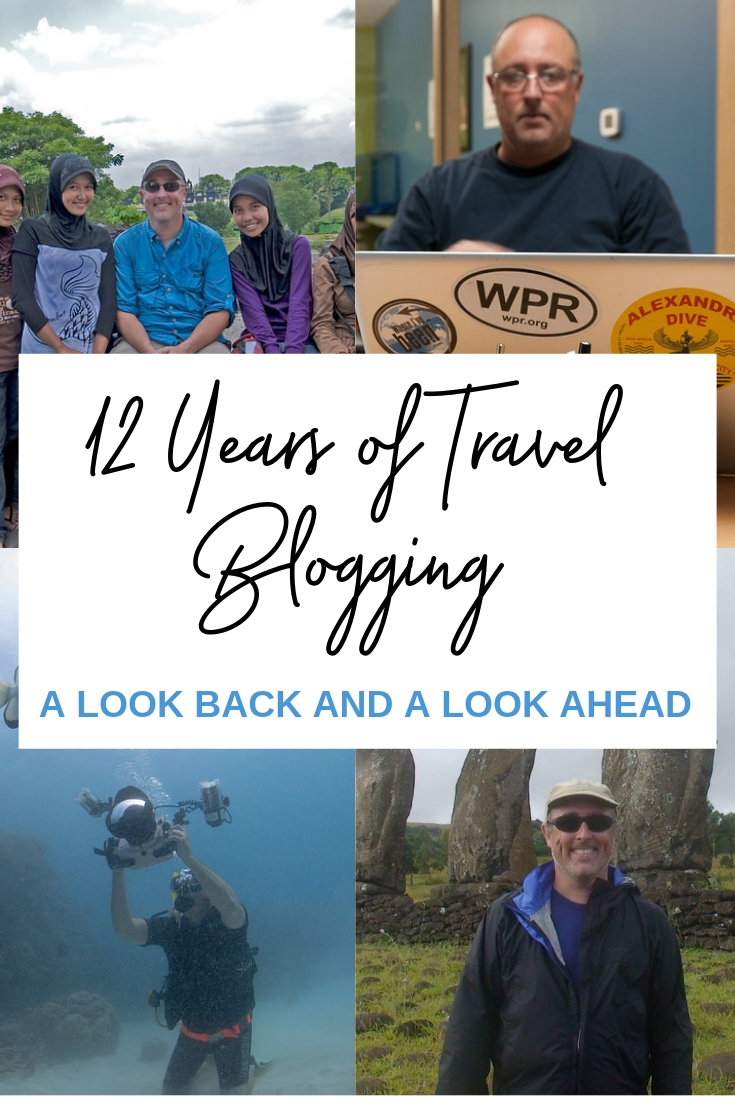 11 thoughts on “12 Years of Travel Blogging: A Look Back and A Look Ahead”