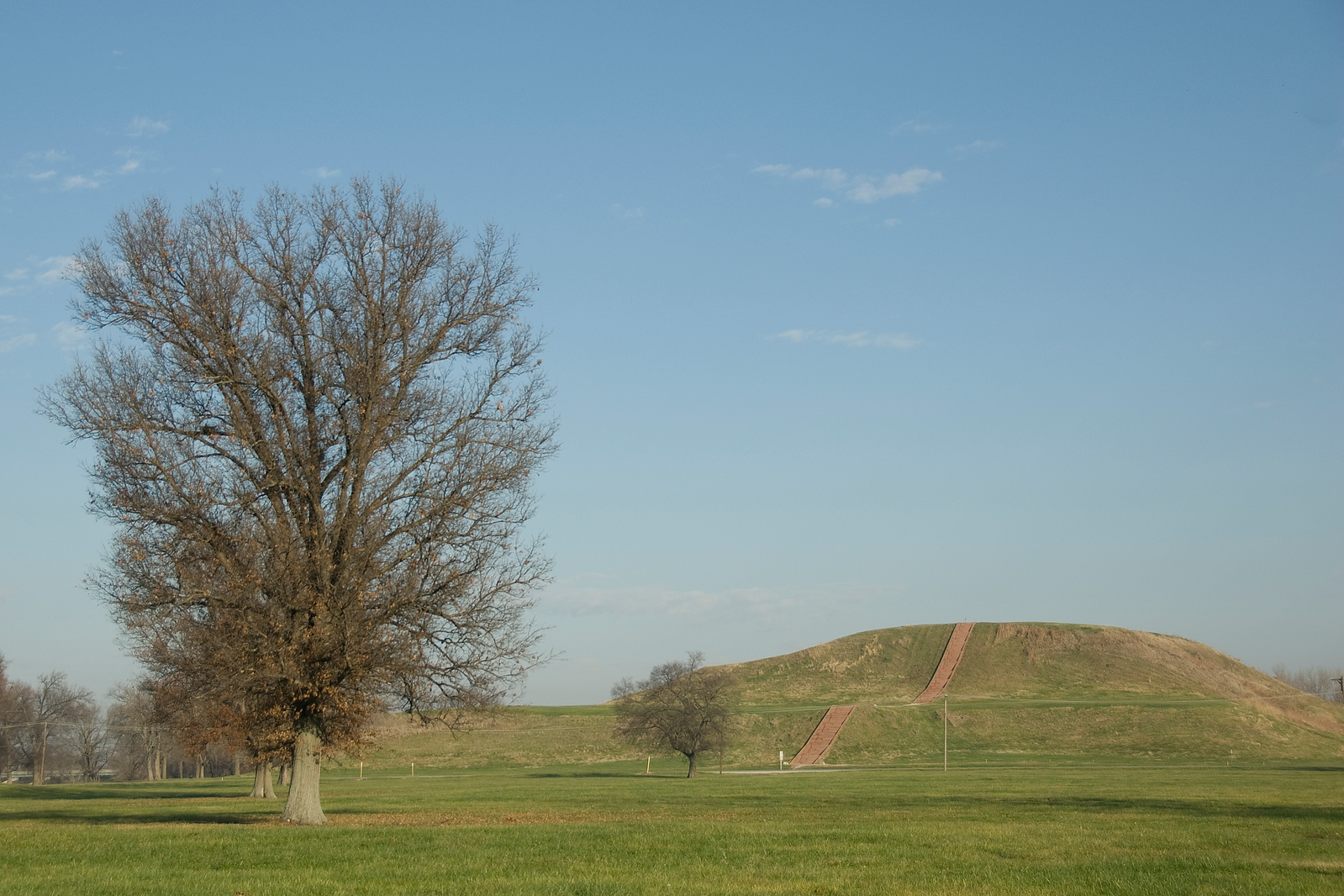 Cahokia Mounds is the largest and earliest pre-Columbian settlement north of Mexico. It was occupied primarily during the Mississippian period (800–1350) when it covered over 1,600 hectares (3,950 acres) and included some 120 mounds. It is the pre-eminent example of a cultural, religious, and economic center of the Mississippian cultural tradition, which extended throughout the Mississippi Valley and the southeastern United States. This agricultural society may have had a population of 10,000–20,000 at its peak between 1050 and 1150. Cahokia is an early and exceptional example of pre-urban structuring.

Cahokia Mounds is a very odd world heritage site. From a historical standpoint, it is perhaps the most significant settlement north of Mexico in North America. Most native peoples in North America were nomadic so there is little in the way of cities or structures for people to visit today. Cahokia Mounds is the closest thing we have to the ruins of an ancient city above the deserts of the Southwest.

On the other hand, very few people know that this place exists, despite the fact that you can see the St. Louis Arch from the top of the mounds. From a tourist standpoint, there is very little to see other than some dirt hills. As a photographer, I had no idea what to take photos of. A few grassy hills in a grassy field. That’s it.

This isn’t my proudest photo, but I didn’t really have a lot to work with.

The Cahokia Mounds State Historic Site is a UNESCO World Heritage Site located in Collinsville, Illinois. It is located east of the Mississippi River and St. Louis, Missouri. These mounds are also among the most popular tourist destinations in Illinois. These mounds are ruins of the former large American Indian cultural and urban complex. This society flourished during the 1000 and 1350 AD. The entire site that encompasses these mounds, homes, and farms span 4,000 acres area.

Interested in visiting Cahokia Mounds State Historic Site? Here are a few facts that you need to know:

About the Cahokia Mounds

The Cahokia Mounds State Historic Site is the site of a pre-Columbian native city located near the Mississippi River, which is now the modern-day St. Louis in Missouri. This historic park was established to protect this rich cultural heritage in the area. The historic park was much larger during its heyday than what is represented in the protected area today. This site is composed of over 120 man-made earthen mounds that vary in terms of size, shape, and function.

Aside from being a UNESCO World Heritage Site, the Cahokia Mounds State Historic Site is also a National Historic Landmark. Hence, this site was designated for state protection. It is the biggest collection of prehistoric earthen mounds north of Mexico.

The Monks Mound is the largest structure in this collection of mounds at the site. It was also the central part of this prehistoric city. This massive platform mound is made with four terraces and rises up to 10 stories high. It took several centuries to completely build this mound in order to make it higher and wider. This mound was named for the Trappist monks that resided in this mound for a short period of time. There were excavations done on the top of this mound that produced a large collection of archaeological evidence.