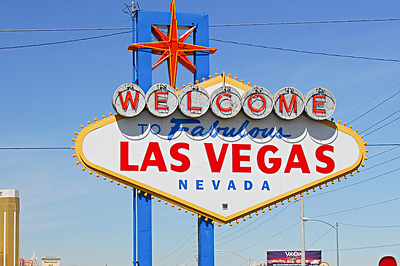 I don’t gamble and seldom drink, yet I love Las Vegas. I know a lot of seasoned travelers who loathe visiting Vegas. I understand their apprehension, but despite all the places I’ve been I still get a rush when I drive down the strip at night.

It has been two and a half years since I was last in Las Vegas. It was actually the place where I started my trip. As I drove down Las Vegas Boulevard last night I passed the Luxor and I thought to myself “hey, I was at the real Luxor in Egypt”. I repeated the same thing over and over as I passed other hotels: Monte Carlo, Paris, New York, Venice, and the Riviera. I had even been to the location of Caesar’s real palace in Rome! Despite having been to the actual locations of the places these casinos were modeled after, I don’t turn my nose up at the faux versions of it which line the strip. It is a totally different experience and is something which needs to be experienced for its own sake.

Vegas is a city of contradictions. It is at once the cheapest and most expensive tourist destination in America. On my last trip to Vegas, I had a meal at Picasso’s in the Bellagio. It is a five-star restaurant with original Picasso paintings on the walls. A meal for two people with wine was over $500. Today I’m writing this at the buffet at Circus Circus. You can eat all day long, every meal and between meals for a total of $20. There are suites here which run over $10,000/night and places off the strip which you can get for about $25/night, and if you just use a reward program card consistently at a casino, you can probably get most of your meals and rooms comped for free.

You can walk down the street and mingle with the rich and the poor. The ultra high-end casinos are open to the public so it is not uncommon to see people wearing “I’m with stupid” t-shirts walking past a Gucci store. In fact, there is a law in Nevada that all gaming tables must be open to the public, so no matter how rich you are you can’t hide in a private room to gamble were the hoi poli can’t see you.

As I noted above I don’t like gambling. I have no ethical issues with it, but as a someone with a degree in mathematics, I have a deep-seated understanding of odds. If the odds are against you, the more you play, the greater your chances of losing. What I enjoy doing in Vegas is just observing how the whole thing operates. Casinos are some of the most fascinating business operations in the world. Everything from the position and sounds of the slot machines to the colors of the carpet, everything is designed to make you part with the maximum amount of money.

The streets are also great for people watching. You’ll find families, businessmen here for conventions, guys out for a weekend, and girls out for a bachelorette party. You also can’t forget the people who hold the lowest position in the employment ladder: the guys who hand out the fliers for escorts. (Is there any job in the world which requires less skill?)

The energy you can experience at night in Las Vegas is probably greater than in any other city in the world. The only places which come close are Times Square, Hong Kong harbor, Ginza district in Tokyo and maybe Piccadilly Circus in London. Even Macau, which has overtaken Vegas as the biggest gambling destination in the world, can’t compete. Macau’s gambling is all business whereas Vegas is all about fun.

If you have been to Vegas tell me what you think of it, and if you haven’t let me know if it is someplace you’d want to visit. I’m curious to hear what other people think about it.