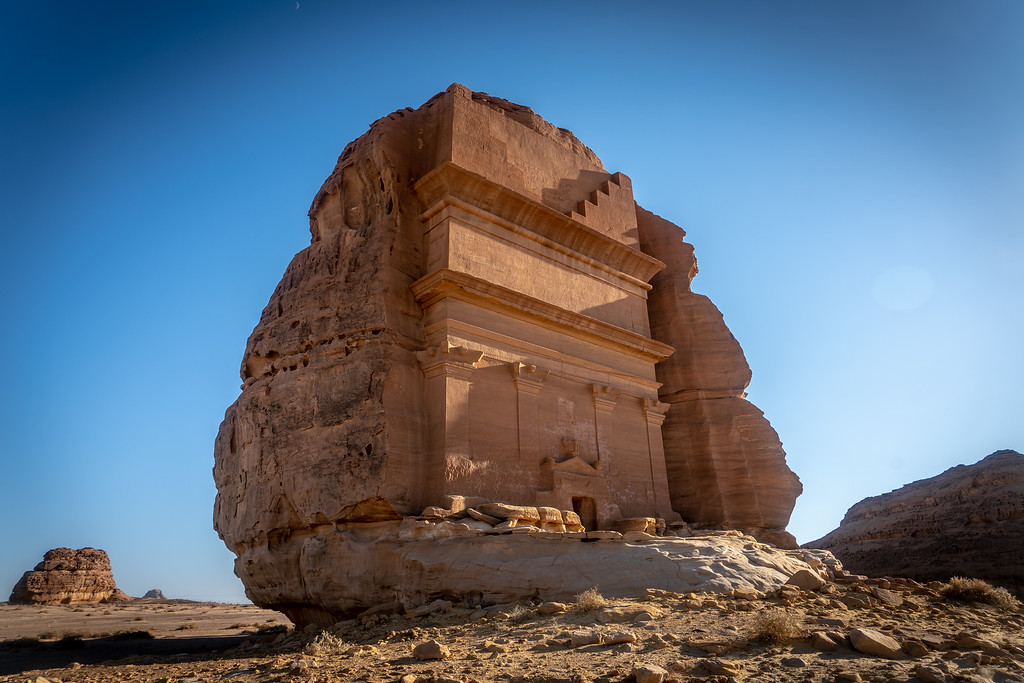 There are five UNESCO World Heritage Sites in Saudi Arabia as of 2019, all of which are cultural.

Before it was declared a UNESCO site, it was known as Hegra. This is the site of the largest conserved site for the Nabataean civilization that is located south of Petra, Jordan. This is evidenced by the large collection of monumental tombs that are preserved on the site, all 94 of them. In addition to the tombs that were discovered, there are inscriptions and cave drawings on the site too.

This is one of the cultural UNESCO World Heritage Sites in Saudi Arabia. It was also the first capital of the country. Founded in the 15th century, this district is recognizable for its plethora of Najdi architectural style that is reminiscent of the Arabian Peninsula. By the 18th to the 19th century, the political roles played by this district continued to grow. Within this district, you will find remains of an urban ensemble and palaces that are built along the oasis edge of ad-Dir’iyah. Even after many centuries, the site has largely kept its urban and architectural ensemble intact.

The Historic Jeddah was recognized as one of the UNESCO World Heritage Sites in Saudi Arabia in 2014. It is located along the eastern shore of the Red Sea. This site served as an important port for the trade routes that pass along the Indian Ocean. This activity was also responsible for bringing goods to Mecca. The strategic positioning of this city was critical in transforming it into a multicultural hub.

The Old Jeddah Wall is the most distinctive feature within this UNESCO site. According to the Tourism board in Saudi Arabia, it was built to protect the city from external attacks and aggressors. Meanwhile, many of the historical markets and mosques are still standing today.

This is the newest cultural site added to the list of UNESCO World Heritage Sites in Saudi Arabia. It was added to the list in 2015 and is also a cultural site. The rock art of the Hail region is located in the Jabal Umm Sinman hill range. The entire land area covered by this UNESCO site spans 2,043 hectares. The site consists of petroglyphs rock art that were carved using stone hammers that were made by the earlier settlers in the area. The subject of these inscriptions were humans and animal figures. These depictions provide a glimpse 10,000 years into the history. In order to preserve the integrity of the rock art, any form of vandalism on the rock art will be prosecuted.