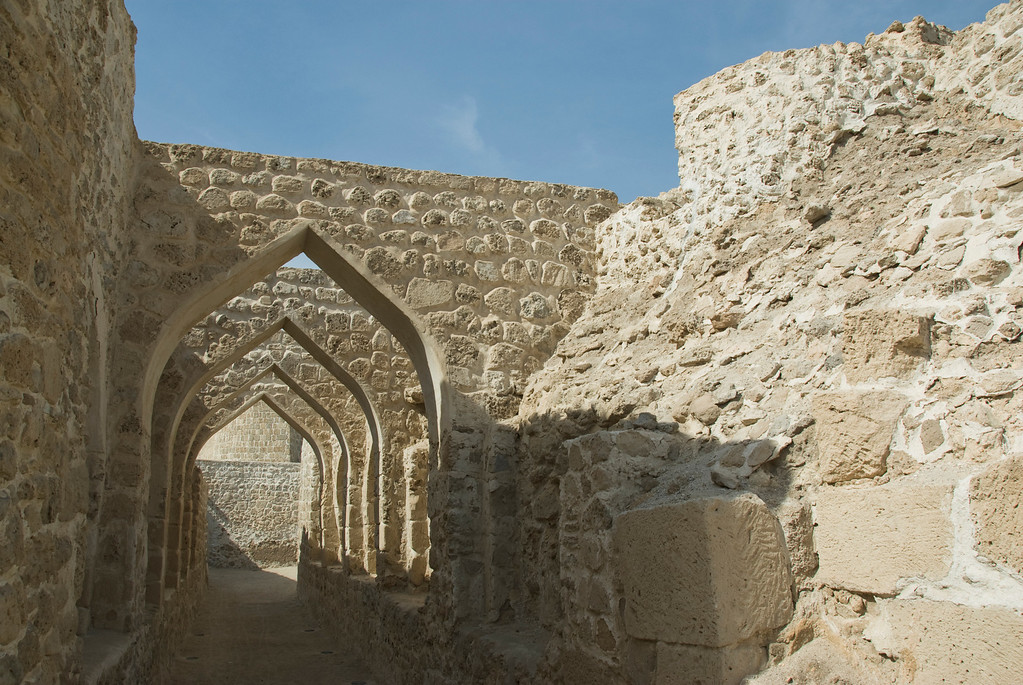 There are three UNESCO World Heritage Sites in Bahrain. All of the sites are cultural.

This archaeological site (also known as Bahrain Fort) was designated as one of the UNESCO World Heritage Sites in Bahrain in 2005 for its cultural value. Since 1954, various archaeological excavations were conducted at the site and scientists have unearthed various antiquities throughout the years. archaeologists believe these artificial mounds were created by the former occupants at the site, which included the Persians, Portuguese, and Kassites from as early as 2300 BC.

This is another cultural site in Bahrain recognized by UNESCO for its cultural importance to the Arab region. The Bahrain Pearling Trail is a 3.5-km trail in the Muharraq Island. This was used by pearl divers throughout most of Bahrain’s history (some archaeologists estimate it to go back to as far as 2000 BC). There are buildings, oyster beds, fortresses, and a coastline that is included in the pathway.

The Dilmun Burial Mounds, built between 2050 and 1750 BCE, span over 21 archaeological sites in the western part of the island. Six of these sites are burial mound fields consisting of a few dozen to several thousand tumuli. In all, there are about 11,774 burial mounds, originally in the form of cylindrical low towers. The other 15 sites include 17 royal mounds, constructed as two-storeyed sepulchral towers. The burial mounds are evidence of the Early Dilmun civilization, around the 2nd millennium BCE, during which Bahrain became a trade hub, whose prosperity enabled the inhabitants to develop an elaborate burial tradition applicable to the entire population. These tombs illustrate globally unique characteristics, not only in terms of their number, density, and scale but also in terms of details such as burial chambers equipped with alcoves.