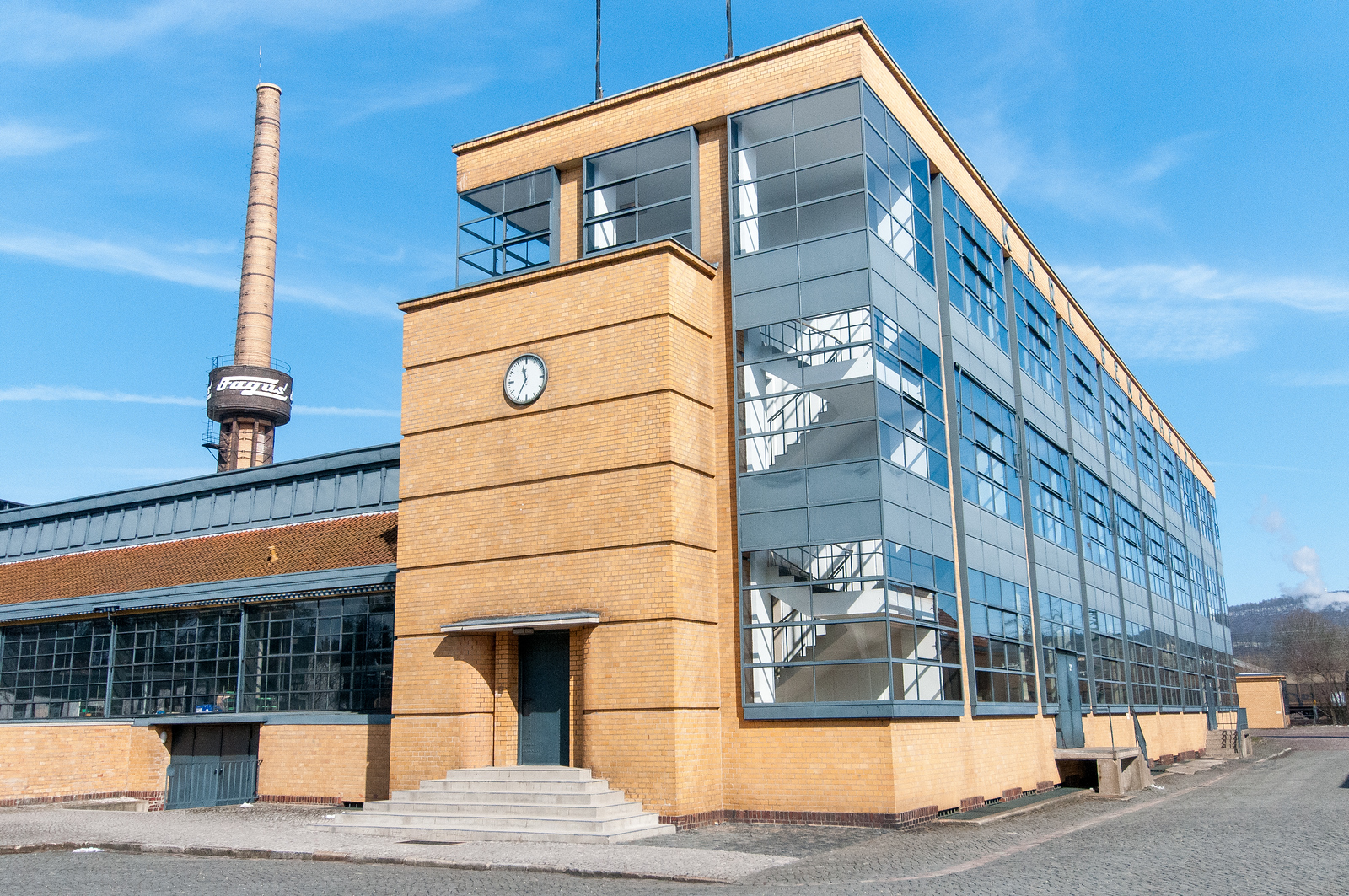 The Fagus Factory in Alfeld—located in Northern Germany near Hildesheim—is one of the most unique world heritage sites I’ve ever visited. Despite the fact that it’s an actual working factory held in private hands, I wouldn’t really classify it as an industrial site, but rather an as architectural site.

I’ve read several reviews of the Fagus Factory calling it a “shoe factory.” This is incorrect. The factory makes shoe lasts, which are the molds used to make shoes.

I’m guessing that only hardcore world heritage enthusiasts or students of architecture would be interested in visiting the Fagus Factory. If you’re in Hildesheim, however, you might want to take the 30-minute drive to Alfeld to visit the factory, since it’s so close.

Despite being a functioning factory, there is a onsite museum dedicated to the building and the history of the company. Whoever in the Fagus corporation had the idea of turning their factory into a world heritage site is a genius.

The Fagus Factory in Alfeld is a cultural UNESCO World Heritage Site in Germany. It was inscribed in 2011 and represents the shoe last factory in Lower Saxony, Germany. This factory is known as the best example of early modern architecture and the building was commissioned by Carl Benscheidt. He is the owner of the factory and envisioned a radical structure that would showcase how the company has broken free from its past.

The design for the Fagus Factory in Alfeld is a collaborative work between Walter Gropius and Adolf Meyer. The building was constructed in 1911 and completed in 1913. The interiors, however, were finished in 1925.

Designed in around 1910, the Fagus factory in Alfeld constitutes an architectural complex which foreshadows the modernist movement in architecture. Built by Walter Gropius, it is notable for the innovative use of walls of vast glass panels combined with an attenuated load-bearing structure. It bears testimony to a major break with the existing architectural and decorative values of the period and represents a determined move towards a functionalist industrial aesthetic.

The Fagus factory in Alfeld establishes several major fundamental aspects of the modern functionalist architecture of the 20th century, in particular, the curtain wall. It constitutes a homogeneous, territorial and built complex, rationally and completely designed to serve an industrial project. It expresses great architectural unity. The scheme is at once architectural, aesthetic and social, and bears witness to a determination to achieve humanist control of the social and aesthetic changes linked to industrialization. The interior decorative and functional elements are attuned with the architecture and the social project. They represent one of the first consummate manifestations of industrial design.

About Fagus Factory in Alfeld

The Fagus Factory in Alfeld was built and designed by architect Walter Gropius when he was only 27 years old. He was influenced by other modernist architects such as Frank Lloyd Wright and other Japanese ideas. Indeed, he wanted to focus on the relationship between interior and exterior space when it comes to designing a building. Thus, it’s particularly notable the way the Fagus Factory in Alfeld has reinterpreted the Japanese concepts of shoji screens by using steel and glass.

The steel framework of the Fagus Factory in Alfeld is responsible for holding the entire structure together. As for the building itself, its use of glass on the walls and windows facilitate natural light and a more open view concept. For this reason, this factory was recognized by UNESCO as it is more than just an example of modern architecture—it also provides a glimpse into the social implications of design and how it has incorporated new building technologies. Moreover, it reflected a time wherein art merged with industry and it became a symbol of modern design in the early 20th century.

The main building, one which is often referred to as the Fagus building, is just one of many components to this site. The building itself is 40-centimeters high and is made of a dark brick base. The entrance with the clock was not part of the original building, but rather part of an expansion in 1913. The inside of the building is where the offices are located, and they were completed around the mid-1920s. Two other big buildings are part of the UNESCO site, and these include the warehouse and production hall. The original plan that Werner wanted for the building was achieved with coherence and great uniformity.

The cultural significance of the Fagus Factory in Alfeld extends beyond the architectural system used. It has close ties with the Alfeld community as well. This industrial property is therefore considered of international and local significance. It has employed locals for over 100 years. This is crucial in a town consisting of about 20,000 people. For this reason, this factory is etched as one of the hallmarks of the town’s identity.