The high artistic quality of the public and private buildings and parks in and around the town testify to the remarkable cultural flowering of the Weimar classical period. Enlightened ducal patronage attracted many of the leading writers and thinkers in Germany, such as Goethe, Schiller, and Herder, to Weimar in the late 18th and early 19th centuries, making it the cultural center of the Europe of the day.

Weimar became the capital of the Duchy of Sachsen-Weimar-Eisenach in 1572. For many years the painter Lucas Cranach the Elder worked in Weimar, where he died in 1553. This marked the start of a long period of growing cultural importance in which many painters, writers, poets, and philosopher lived in the city – Johann Sebastian Bach, Christoph Martin Wieland, Johann Wolfgang Goethe, Johann Gottfried Herder, Friedrich Schiller, Franz Liszt, Henry van de Velde, and Walter Gropius.

You have probably heard of Weimar from the “Weimar Republic”, the name given to the German government between WWI and WWII. What you probably didn’t know is how this small city of 44,000 people played such an important part in German culture.

Weimar was the home to three of Germany’s greatest authors: Goethe, Schiller, and Herder. Composers JS Bach and Franz List lived in Weimar for a time as did architect Walter Gropius, the founder of the Bauhaus School. Martin Luther preached here and reformation artist Lucas Cranach died here. 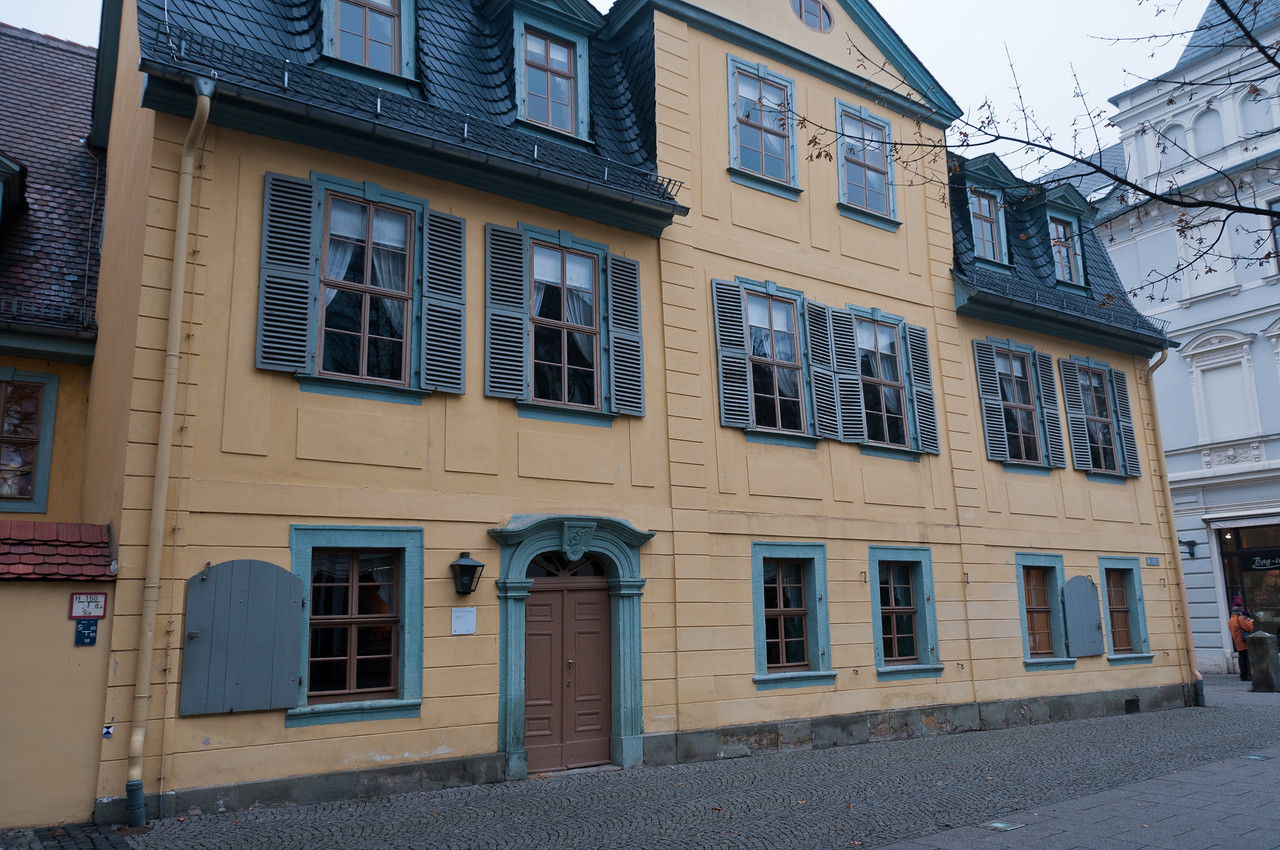 Classical Weimar is one of the cultural UNESCO World Heritage Sites in Germany. This property is located in Weimar and consists of several sites. These multiple structures earned the nod from UNESCO as they are linked to the artistic and cultural landscape of the city. These sites are therefore renowned for their artistic quality. Most of the structures that are included in this UNESCO site were built during the 18th and 19th centuries.

The Classical Weimar was added to the list of UNESCO sites in Germany in 1998. It also reflects the period wherein East Germany served as the cultural center of Europe.

The Classical Weimar UNESCO site consists of multiple structures that are located within Weimar, Germany. These structures are as follows:

Goethe’s House: This historic structure is considered part of the Classical Weimar protected area as it is the home of the famous German writer, Johann Wolfgang von Goethe. This home features Baroque-style architecture and was constructed in the early 18th century.

Schiller’s House: This is another Baroque-style home that was included in this UNESCO protected area in Weimar, Germany. Built in 1777, this is the home of Johann Christopher Friedrich von Schiller. He is a German poet, philosopher, playwright, and historian.

City Church, Herder House, and Old High School: This site alone consists of three separate structures including a three-aisled hall church that contains the altar triptych by Lucas Cranach the Elder, a 3-story Herder House built during the mid-1500s, and the Old High School that also features a Baroque architectural style.

City Castle: This is another structure that belongs to the Classical Weimar ensemble. This castle is an imposing four-winged building that encloses a large courtyard. The interior decorations and furnishings feature a classical style.

The Dowager’s Palace: At the height of classical Weimar, this palace served as the center of intellectual life. This palace is made up of two- and three-story buildings that feature Baroque style architecture. These buildings enclose a large courtyard.

The Princes’ Tomb and the Historic Cemetery: It was Grand Duke Carl August who commissioned that a family tomb would be constructed. This tomb was constructed in 1823. Aside from the Duke’s family, the ones from the Goethe and Schiller clan were also buried within this mausoleum.

The Park on the Ilm with the Roman House, Goethe’s Garden, and Garden House: This site is located at the southern portion of the town in the midst of the valley wherein Ilm flows through. The Roman House and the Goethe’s Garden are two main features in the area.

Belvedere Castle, Orangery and Park: This is a two-story Baroque castle that is one of the many structures that belong to the Classical Weimar ensemble. The castle features a central section that is square in plan. It also comes with a small tower. Meanwhile, the Orangey features a U-shaped plan that features the head gardener’s house in the center of it all.

Tiefurt Castle and Park: This two-story Baroque building is linked to a former farm building using a wooden frame. Within the park, there are various other structures including buildings and memorials.

Ettersburg Castle and Park: This is an old castle that is made up of three wings and a spacious courtyard. The park within the castle is small is located next to a forest.

The above photo is of Goethe’s home in Weimar.

It is an amazingly remarkable city considering its size.