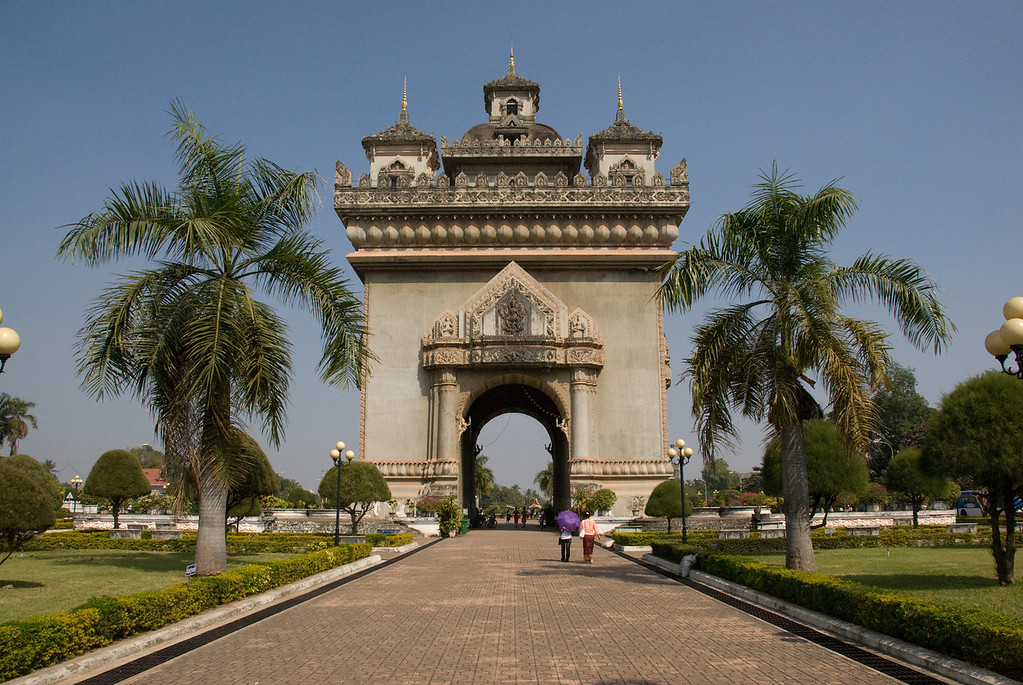 Vientaine is the capital of Laos. Compared to the other major cities in Southeast Asia, Vientiane has that relaxed atmosphere and small-town feel to it. It is one of those cities that you travel to relax and unwind. Indeed, most of the days spent when you travel to Vientiane is to grab a drink, wander along the riverside, and watch the sunset. The deliciously relaxing atmosphere in Vientiane is also credited for its popularity. But it isn’t short of options when it comes to tourist attractions and activities to explore.

The earliest records of settlement in Vientiane dates back to around 1,000 CE. Hence, this city has had a long history that helped to shape its identity. It is easy to learn about this history when you do some exploring around the city. Visiting the many temples and temple ruins is one of the most popular activities among tourists who travel to Vientiane. Hence, you can add that to your itinerary.

Geographically, Vientiane is located along the northeast bend of the Mekong River. Hence, this is a popular stop among tourists who take the Mekong River Cruise. For those who choose to primarily travel to Vientiane, you have plenty of things to see or do during your stay that merits a long stay rather than a quick stop via a cruise.

The city of Vientiane is divided into several districts, each of which has something unique to offer tourists. The central district of Chanthaburi is the most vibrant and busy of these districts. This is where the government offices are headquartered, along with a huge array of hotels and restaurants. Clearly, the central district is the tourist hub in Vientiane.

Requirements for Travel to Vientiane

Most nationalities are required to process a visa on arrival. However, some nationalities must process their visas prior to travel. All visas can be processed at the Wattay Airport, which is the main hub for international flights that travel to Vientiane. There is also a fee to be settled upon arrival, but the actual cost of the fee varies depending on your nationality.

You will find several banks, ATMs and money changers when you travel to Vientiane. Hence, it is easy to find a source of funds for your explorations and travel. It is recommended that you have your money exchanged through a money changer shop instead of banks to get the best rates.

That Luang – Also known as the Great Stupa, is the most sacred monument in the country. The monument dates back to the 16th century and is just one part of a golden temple complex. The central stupa, which is the main attraction in the complex, is 148 feet tall.

Buddha Park – This famous Buddha Park is one of the most prominent tourist attractions in Vientiane. The highlight of your visit is the collection of 200 religious statues and sculptures, together with the Giant reclining Buddha image that measures 40 meters in height. This park is open daily from 8 AM to 6 PM.

Patuxai Victory Monument – This impressive monument has become somewhat of an icon of the city. Indeed, this is one of the most sought after attractions for tourists who travel to Vientiane. The concrete arch is reminiscent of the Arc de Triomphe in France. The arch is also one of the purest showcases of the traditional Laotian style. Right in front of the monument is the Patuxai Park, which is an attraction on its own.

Wat Si Muang – This is one of the most popular sites of worship in Laos. Aside from being an important religious site in Vientiane, tourists revel at the beautiful display of Buddhist and Laotian architecture.