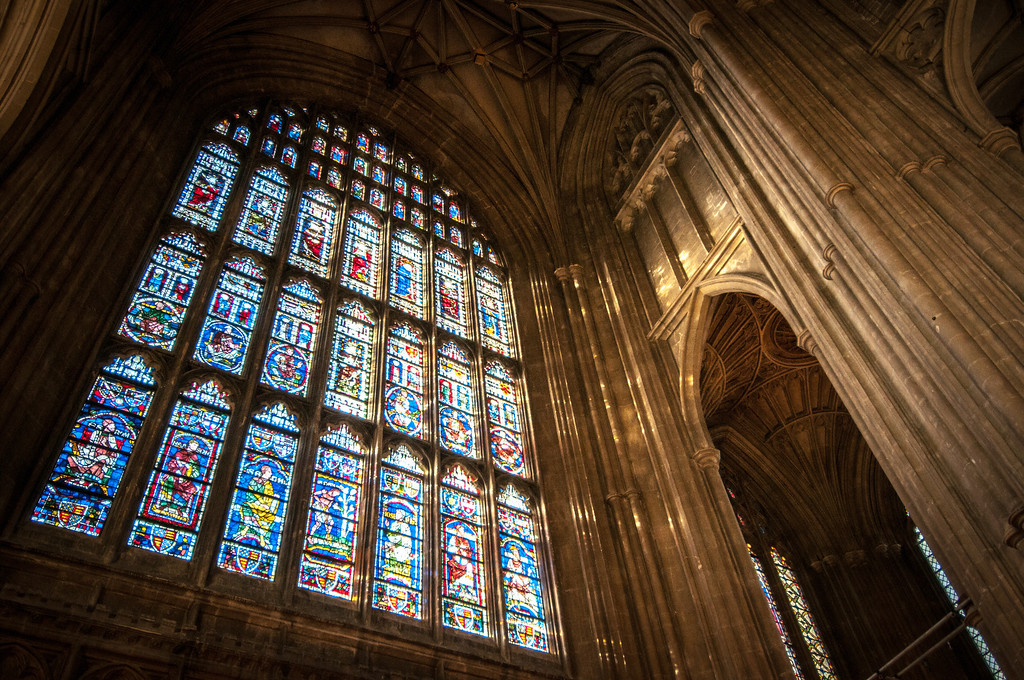 Canterbury is a historic city in England. It is best known as a cathedral city since this is where you will find the UNESCO World Heritage Site Canterbury Cathedral. However, there is more to the city left to be explored when you travel to Canterbury. Filled with historic sites and structures, you will feel right at home and enthralled by its romantic charm.

Travel to Canterbury has always been popular. In fact, it is one of the most popular tourist destinations in the United Kingdom. A huge percentage of the economy relies on tourism to thrive. Owe that to the rich and cultural history of Canterbury, which has been occupied since the Paleolithic times.

Canterbury is a city belonging to the Canterbury district in England. The district has a total population of about 135,000 people while the city itself has an estimated population of 44,000. The city is located east of Kent and is about an hour of train ride away from London. Hence, there are a lot of tourists that travel to Canterbury from London for day trips. The city is located next to the River Stour, which is also known as the Great Stour. The river divides through the city, which makes explains why punting and rowing river boats are some of the most popular activities for tourists who travel to Canterbury. 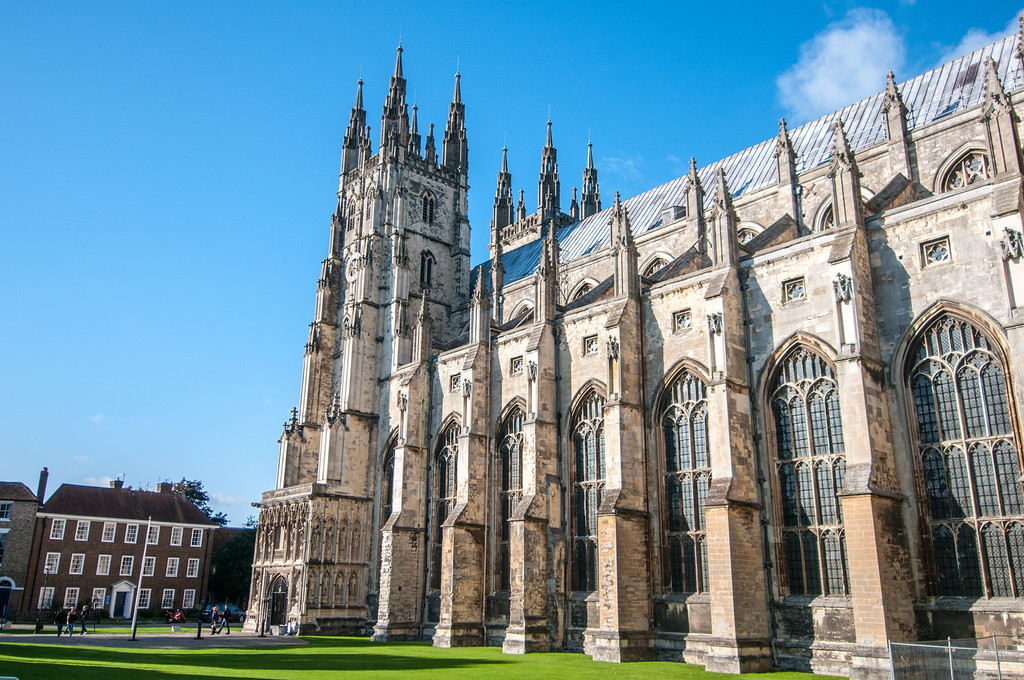 When in Canterbury, you should also check out the ruins of the St. Augustine’s Abbey, which is a Benedictine monastery. This was founded in 598 and went through a period of dissolution until the remnants of the original monastery was preserved in 1848. The abbey is one part of the three historical sites that make up the UNESCO World Heritage enlisted site in Canterbury. The other two are Canterbury Cathedral and St. Martin’s Church. Speaking of St. Martin’s Church, this is another must-see historical site in Canterbury. It was the first church founded in England and the oldest church that is still being used today.

A Norman castle, Canterbury Castle, is another must-see site when you travel to Canterbury. From the East Station, you must take a five-minute walk to get to the castle. This castle is one of three original castles in Kent (together with Dover Castle and Rochester Castle). The castle was constructed from 1100 to 1135. 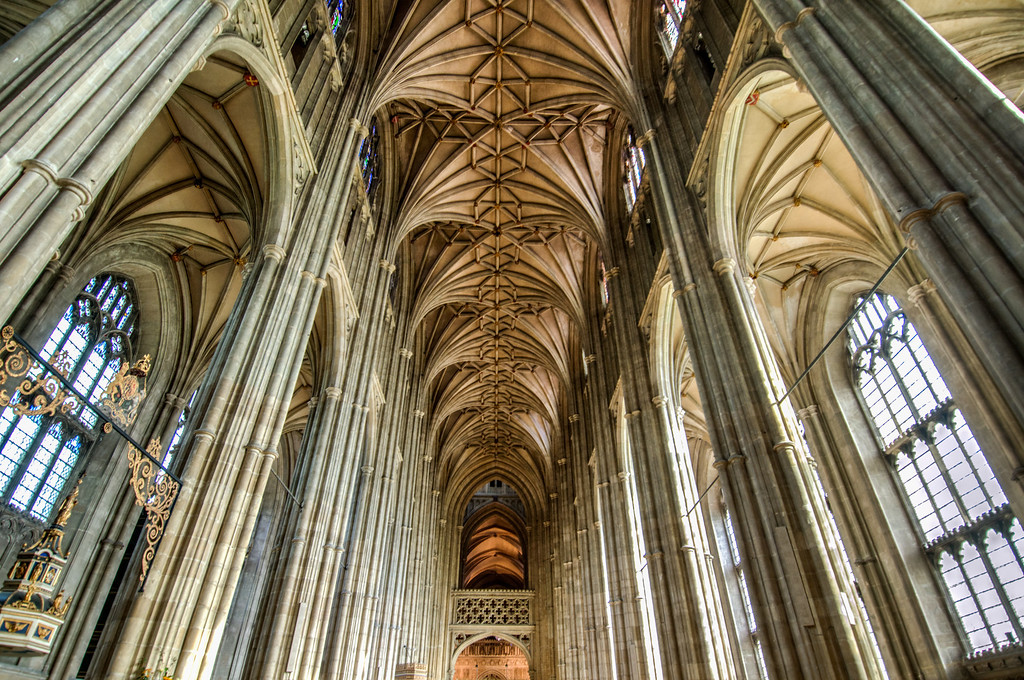 Despite the seemingly unending options for historical structures to see, tourists who travel to Canterbury have several modern attractions to look forward to. One example is the St. Lawrence Ground, which is a cricket ground established by the Kent County Cricket Club. This cricket ground had been in use since mid-1800s and is one of the oldest grounds for the sport.

Another notable modern attraction in Canterbury is the Marlowe Theatre. This theater has a seating capacity of up to 1,200 and is the venue for several theatrical plays and performances. The theater was named after playwright Christopher Marlowe.

This cathedral is one of the most famous Christian structures in England and the world. It is also one of the oldest churches in England. It belongs to a World Heritage Site in Canterbury. The cathedral was founded in the year 597 but was completely restored in 1070, along with the construction of the eastward extension to accommodate the pilgrims who arrive to the church each year to visit the shrine of Thomas Beckett. The church features a Gothic and Romanesque style of architecture.

Inside the Cathedral, there are several notable features including the 12-century choir, the tomb of the Black Prince, the archiepiscopal throne, and the stained glass windows in the Trinity Chapel.

Check out some photos inside the Canterbury Cathedral below: 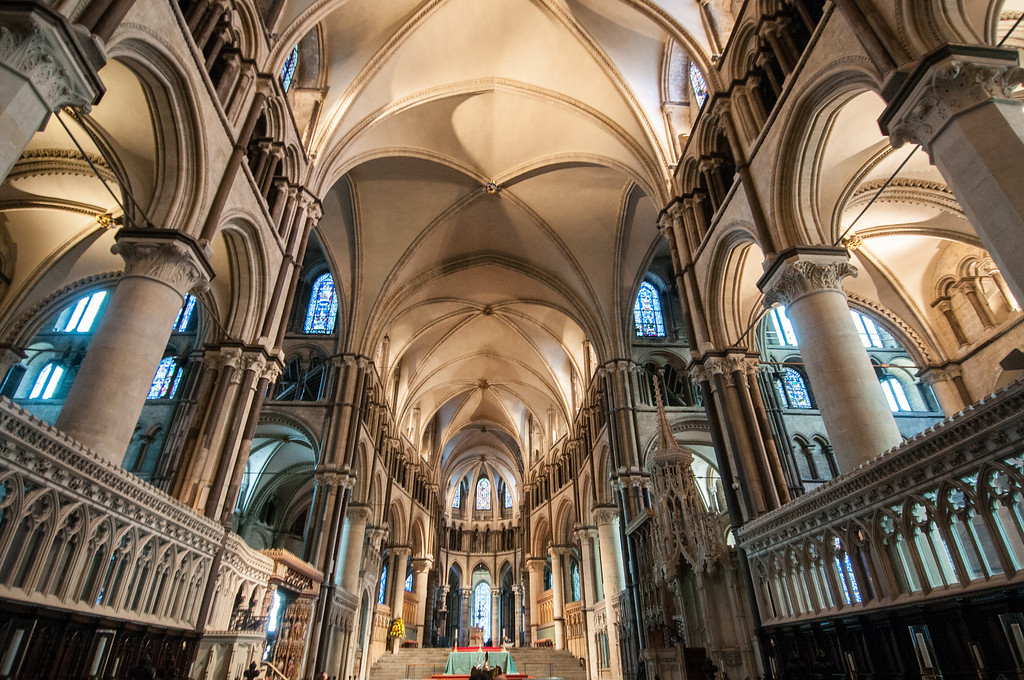 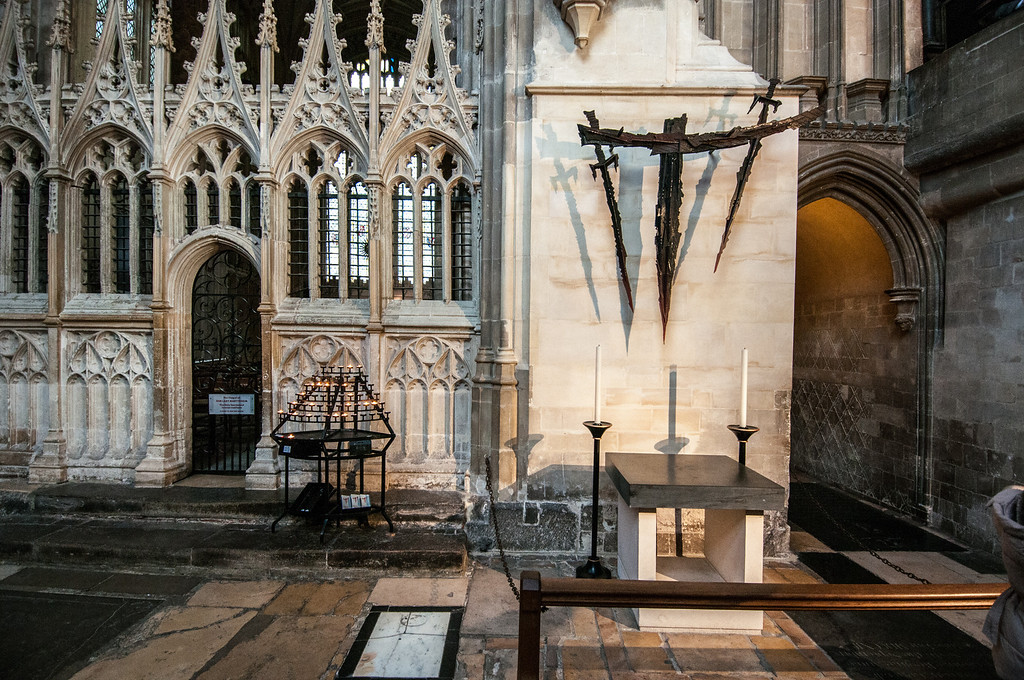 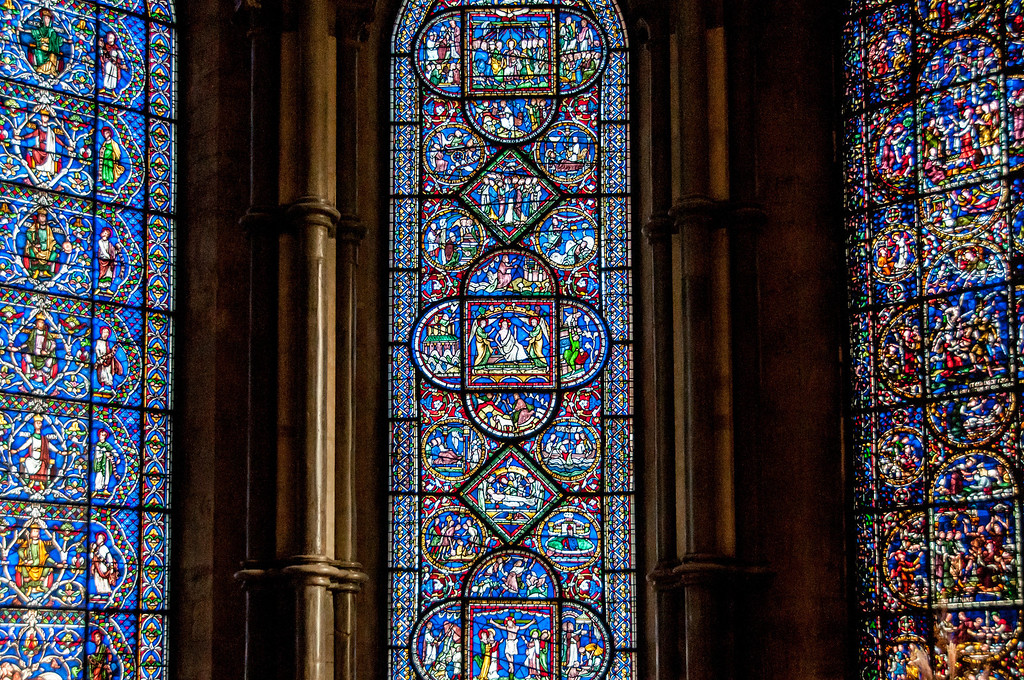 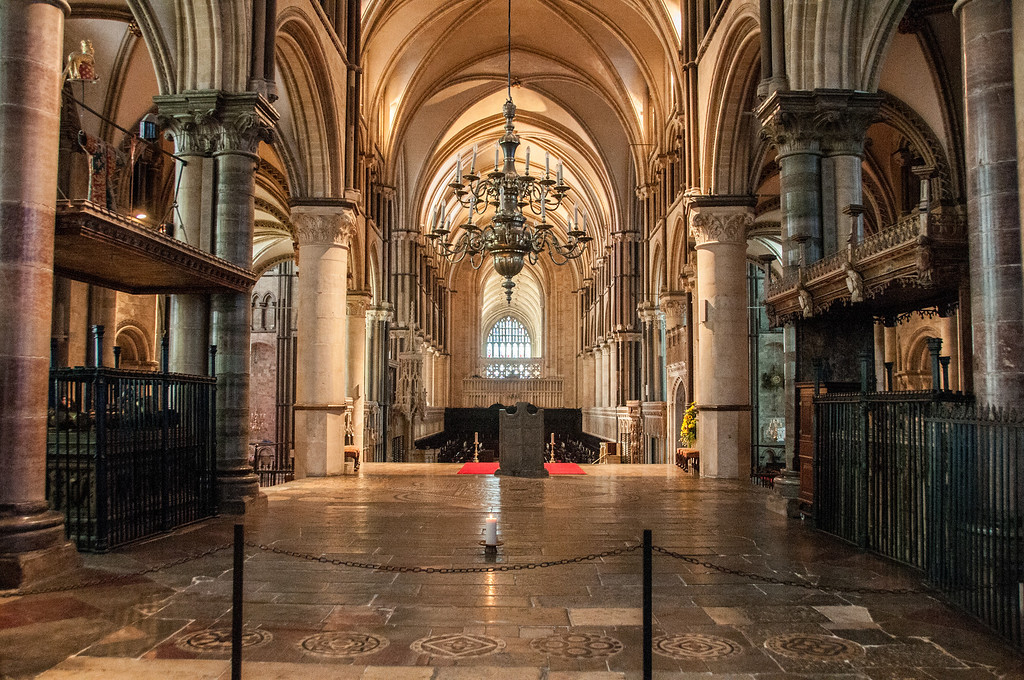 • The famous Canterbury Cathedral is where you will find the shrine for the medieval archbishop Thomas Beckett.

• The Canterbury Cathedral is a UNESCO World Heritage Site together with St. Martin’s Church and St. Augustine’s Abbey.

• A 17th century bell is rung each day that the Canterbury Cathedral is opened and closed to public access. 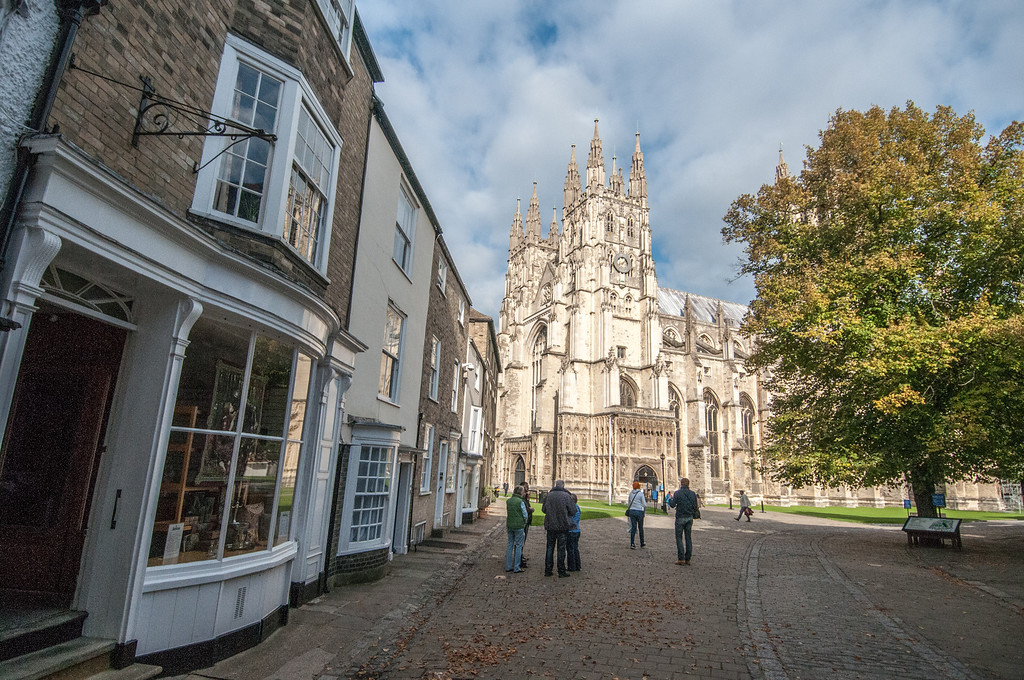 • One of the biggest attractions in Canterbury is the re-telling of the Canterbury Tales, wherein tourists can re-live medieval England.

• Tourism is one of the largest pillars of the economy in Canterbury. In fact, it is one of the most visited cities in the country.

• Canterbury has a large (and majority) student population. After all, there are several educational institutions all over the city including the University of Kent, American University – Canterbury and Canterbury Christ Church University. 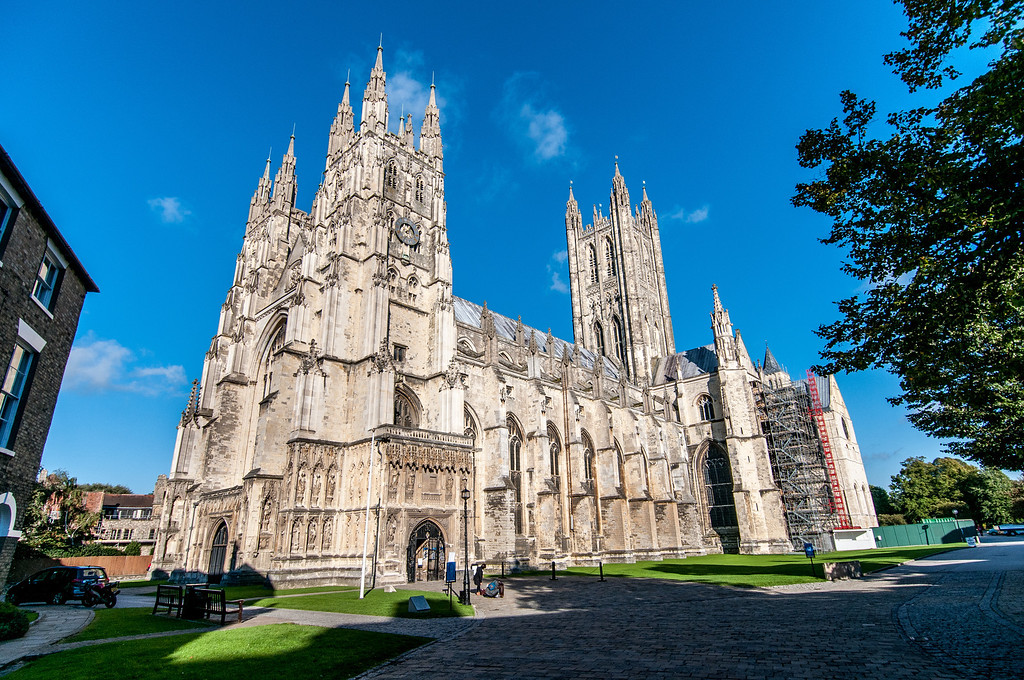