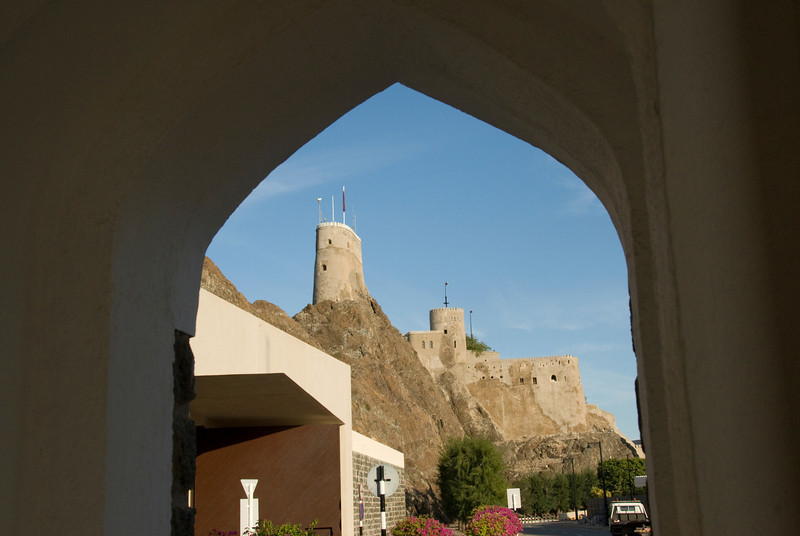 Muscat is the capital of Oman and a thriving cultural hub with shopping, nightlife, and restaurants galore. There are many things to see in Muscat, but since it can be a little overwhelming on a first trip, we’re here to help with a handy and complete guide!

Note: If you’re planning a trip to Muscat, make sure your visa is in order before getting on the plane, as the Oman visa on arrival is no longer available!

The History of Muscat

If you’re planning to travel to Oman, it can be helpful to have an overview of the country’s history and its capital city so you can fully appreciate the incredible cultural melting pot of Muscat.

Evidence of human settlement in Muscat dates back at least 8,000 years, although the city first rose to prominence as an important trading port around 1AD. It has been ruled by various indigenous tribes and foreign powers throughout its lengthy history, such as the Persians, the Portuguese Empire, the Iberian Union, and the Ottoman Empire.

In 1507, the Portuguese attacked and destroyed much of Muscat and killed its sultan. The city was eventually rewon by local Omanis in 1650 and was taken over soon after by the Al Bu Sa‘id royal dynasty, which still rules Oman to this day.

What to see and do

Many of the best attractions to visit in Oman are located in the capital itself, including:

The Al Alam Place and Bait Al Zubair are located in Old Muscat, the historic old town separated from the main city by coastal mountains. Other notable attractions in Old Muscat are the Al Jalali and Al Mirani Forts and the Muscat Gate Museum.

Eating Out and Nightlife

One of the best things about Oman is its incredible, varied cuisine, and there are lots of opportunities in Muscat to sample local delicacies. You can find authentic, affordable Omani restaurants popular with locals in both the Ruwi and Muttrah districts. If you’re looking for more upmarket fare, try the international hotels in the areas around Qurum.

If you want to try some of Muscat’s famously market-fresh seafood, you’ll also have plenty of opportunities in the city. And if you’re feeling like switching up the cuisine a little, you can also find plenty of Chinese, Indian, Italian, and Thai restaurants in the city.

While there isn’t a very big nightclub scene in Muscat, there are plenty of bars and pubs all over the city that caters to tourists and ex-pats, many of which have frequent live music nights.

And if you feel like seeing a concert while you’re in town, check out the recently built Royal Opera House listings, which frequently hosts a range of local and international acts -not just opera! Plus, the building is an impressive piece of architecture in its own right.

How to get around

Getting around in Oman is fairly easy, with bus, taxi, or car rental services available at all airports. You can take an Uber or grab a taxi for about $30-$40 USD per ride, depending on where you want to go.

If you’re renting a car through an agency, they will likely set up your transportation for you if requested but be warned that prices vary wildly between agencies. So just do some research beforehand!

Day Trips outside the City

If you’ve had your fill of Muscat and want to get out and explore some of the Omani countryside, there are a number of incredible natural beauty spots and historical attractions, including a number of UNESCO World Heritage sites just outside the city.

While you have to go a little further afield to visit UNESCO sites like the historic Bahla Fort is roughly a 90-minute drive outside of Muscat. Likewise, the Archaeological Sites of Bat, Al-Khutm, and Al-Ayn are also just a short distance from the capital.

Muscat also offers many options for day trips to the mountains. The Jebel Shams area is a popular spot for hiking and boasts several trails and breathtaking views.

If you prefer sand dunes instead of rocky peaks, then take a trip out into Oman’s vast desert regions. You can rent an off-road vehicle (4×4) and drive through these stunning landscapes yourself—or even go camel riding if you’re feeling adventurous!