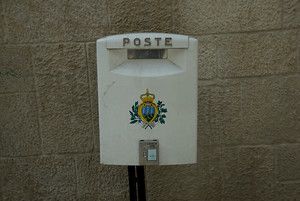 Time once again to dip into the mailbag and answer questions about all things travel, blogging and Green Bay Packers.

Irish Polygot Benny Lewis asks: My question: Does the sense of wonder diminish with time over travelling, or do you still come across places that leave you breathless?

No, but things are different now.

There is a sense of anticipation and wonder of the unknown that exists when you first start traveling. Most of that feeling really doesn’t have anything to do with any particular location you visit. It is just part of doing something new. The thrill you get of actually being somewhere new, however, is still there for me.

One thing I’ve done is changed how I travel. For the first 2.5 years, I spent most of my time going from place to place as if they are links in a chain. Now I do more jumping around around the world. Next year I might do things in yet a different way. The key to not getting burned out is to change how you do things.

I’ve been to a lot of places, but there are still far more places I haven’t visited, than places I have. I could travel for several decades and never visit a place I’ve been before, with the possible exception of airports.

Richard Ayad asks: What is the hardest part about getting started on a long-term journey like yours? Is it finances, visa/permit red-tape, dealing with the locals, or some other obstacle that an inexperienced traveler wouldn’t really think of? Also, what do you do with all of the small things that you inevitably accumulate during a long trip? How do you prevent your bags from becoming heavier and heavier with each passing month, due to the addition of those little things?

The hardest part is getting started and eliminating all the obligations which tie most people down. These include rent or a mortgage, bills, and your job. It also includes how your friends and family will react to the idea of you traveling. Most people in your life might be against it. They will worry about your safety and your future. It is something they can’t personally conceive of, so they assume you can’t do it either.

Money is obviously an issue, but not as big of an issue as the above problems. I’ve met people who were totally broke who managed to travel because they worked while they were on the road.

As for accumulating things, I learned early on to not buy souvenirs. I purchased things during the first six months I was traveling and then stopped doing it. Books were something I always accumulated, but now that I have an iPad I don’t buy physical books anymore. The one thing that does collect is receipts, but those are easy to send back home.

Shereen Mroueh asks: How did the relationship between you and your sponsors begin? Did you approach them with your idea/plan or vice versa. Can you talk a little more about what you do for each other? Ex. do they pay for you travel etc…

For about the first 3 years of traveling I had no sponsors, no advertising, no press trips, no nothing. I did everything on my own and on my own dime.

It was only after I developed a following and starting getting some mainstream media attention did I start to get people who wanted to work with me. My current sponsors all came to me. Somehow, I got on their radar and they initiated the conversation.

I get many inquiries about sponsorship and reject or ignore the vast majority of them. I have the luxury of working with companies that I actually like and whose products I enjoy. I really do wear Scottevest clothing. My Fleece 5.0 is my default jacket whenever I travel. I spent my own money at B&H Photo buying stuff. I was a customer of Boingo for 3 years. I’ve always had a great deal of respect for G Adventures.

What I do for a sponsor depends on the company. For G Adventures, I go on several of their tours several times a year and just write about it. For B&H Photo, I use their camera gear, link to them on my gear list and occasional retweet their deals on Twitter, and will be telling people about weekly deals in my newsletter. I run advertising for all my sponsors on my website, and those are the only ads I run (along with some ads for other bloggers with ebooks and programs).

Right now, this is all new for bloggers and companies alike. I’m thinking of ways I can provide value which might come from my photography, doing personal appearances or meet ups, in addition to things I do online.

If you want to get sponsors, you need a track record. Too many people think they will get sponsors based on the promise of what they will do in the future. You will probably never find a company to pay for you to travel if you don’t have a track record. Anyone can promise anything. I can’t see many companies making an investment (and it is an investment) in someone who hasn’t proven they can deliver anything yet.

I recently signed a manager who will be going to and proactively reaching out to sponsors. Some might be big long term sponsors and others might be shorter, trip length sponsors.

Personally, if I was a company looking to work with bloggers, I wouldn’t even think of working with someone who hasn’t been blogging for a least a year and has a sizable following.

Ken Zirkel asks: What are your essential travel lenses?

There are three lenses I carry: a wide angle lens, a zoom lens and a 50mm f/1.4 lens for shallow depth of field images. What lenses you pick will depend on your camera.

I recently moved from a crop sensor to a full sensor Nikon. This resulted in a change in my lenses. My former go to lens was an 18-200mm VR lens. My new equivalent lens is a 70-300mm lens. I used it this last weekend in upstate New York and I think I’m going to switch it out for the 28-300mm lens. 70mm is too tight for a general purpose lens.

The biggest issue you have to deal with when traveling is space and weight.

There are lots of other things it would be fun to have: a fish eye lens, a macro lens, a really big zoom lens, and maybe a Lensbaby. The problem is, that would require carrying around another bag of gear which would be very hard to do if I’m traveling by myself.

Jeff Skipper my question: You seem to have reach a certain travel status now… and I’m curious what your opinion of the Airline industry is? and is there anything that should change? and how?

The airline industry is a notoriously difficult one to make money in. If you took all the airlines in the history of aviation and added them up, they have lost money as a group.

The biggest problem with the major airlines is that they are stuck in old ways of thinking and doing things. Almost everyone I’ve spoken to who has flown on Virgin American (I have not) loves them. Everyone seems to hate almost every other airline. Virgin American has come into the business with a new, fresh attitude. When I walk past their counter at an airport, they play music and it looks more like the desk at a trendy hotel.

That being said, I really don’t give airlines much thought. Yes, part of the experience can suck sometimes, but then again you are flying through the air and I’m still pretty amazed by that.

Lapsed attorney Evi asks: Can you please explain why my boyfriend, who has lived his entire life in Mexico City, is a die hard, life long Packers fan? Who actually tried to wake me at 5 am in Bangkok to go watch the Super Bowl halfway across town?

Because your boyfriend is awesome.

I have to go with Chester.

I’m sure most people would agree that Jan Stenerud was a better kicker than Chester Marcol, especially when looking at the totality of their careers. However, Jan Stenerud didn’t play very long for Green Bay while Chester Marcol played in Green Bay for around a decade. Chester Played there during the worst of the Bart Star years and I have to give him some credit for that.